We’re practically at a standstill here with the Cell PPV a little over a week away. Orton is still feuding with Bryan, Big Show is still a vigilante and no one cares about the Bellas as the new saviors of the Divas. However Goldust and Cody Rhodes are the new tag team champions after a great match on Monday night. We need to get to the PPV already to get us on to anything new. Let’s get to it.

We open with a recap of the main event from Raw with Big Show costing Shield the titles.

After the theme song we open with Brad Maddox and Vickie Guerrero in the ring. Vickie screeches about running a tight ship here on Smackdown and guarantees that Big Show will not be causing havoc here tonight. There will be order and discipline and Brad is here to assist her in achieving those goals. Brad says he’ll be keeping Big Show out of here tonight and Vickie praises the regime for their guidance. Cue Daniel Bryan who says he’s glad these two are doing what’s best for business.

What’s best for business though is Bryan beating Randy Orton inside the Cell with guest referee Shawn Michaels. As for tonight however, there’s a rumor that a 7’0 monster has gotten through security and here he is. Actually it’s just Big Show’s music and there is no giant. Bryan says he’s just messing with the two of them, drawing a laugh from the crowd. Big Show isn’t here yet but Cody Rhodes and Goldust are. Vickie yells about wanting discipline and makes Bryan/Cody/Goldust vs. Shield for tonight before cackling a lot.

Wyatt Family vs. The Miz/Kofi Kingston

Miz jumps Rowan to start and hits a quick corner clothesline to knock him into the corner. Off to Kofi to attack the arm before Harper comes in and sends Kingston into the corner. A quick cross body gets two on Luke but he dives into a big boot for two. Back to Rowan for a slam before Harper comes in for a chinlock. Kofi avoids a charge in the corner and goes to tag Miz, only to have Erick pull him off the apron. Harper sneaks in and takes Kofi’s head off with the discus lariat for the pin at 4:05.

Result:Wyatt Family b. The Miz/Kofi Kingston – Discus lariat to Kingston (4:05)

Post match the Wyatts circle Kofi but Bray calls them off. It’s ok that Miz is afraid because Bray is the hammer that everyone fears. Miz should enjoy his world as long as he can because the Wyatts are going to take it all away.

Brie has a banged up shoulder. AJ immediately bails to the floor a few times but Tamina blocks Brie from going after her. Tamina finally moves and Brie gets in a right hand before sending it back inside. AJ absorbs everything Brie throws at her and snaps the bad arm over the top rope to take over. Off to an armbar as Brie screams a lot. Brie’s arm is wrapped around the middle rope and it’s already back to another armbar. The twin comes back with an elbow in the corner and a middle rope missile dropkick for two. Nikki throws Tamina into the steps, allowing Brie to grab a TERRIBLE looking Bella Buster for the pin at 3:55.

Lillian is introducing a match when Big Show comes through the crowd. He gets in the ring and holds up a ticket given to him by Daniel Bryan. Big Show thanks the fans for all the support he’s given to him through social media and it seems the fans want Big Show to get his job back. He holds up his fist but here are the GM’s (Hanzel and Gretel according to Show) to try to throw him out. Brad says Show has nothing to lose which Show says is the worst thing you can say. There’s the KO punch and Show leaves through the crowd.

Langston easily breaks Punk’s grip and pounds him down before running Punk over with a shoulder block. A big knee lift puts Punk down again but CM fights up and slugs away at Langston before low bridging him out to the floor. Punk’s slingshot plancha is caught in midair and Punk is rammed back first into the post as we go to a break.  Back with Langston caught in a half crab but powering out, only to have his hurricanrana caught in another half crab.

Langston lets him go but a Warrior splash only hits knees. Punk comes back with the leg lariat to the face but the swinging neckbreaker is countered. Langston misses a charge into the post and falls out to the floor, setting up a nice suicide dive from Punk. Back in and a high cross body gets a close two. The fans are liking this. The top rope elbow gets another two count but Langston escapes the GTS and runs Punk over. Warrior Splash gets two but Punk slips out of the Big Ending and it’s high kick/GTS for the pin at 11:08.

Post match here are Heyman and company to congratulate Punk on his win over a marginally talented rookie. However Punk has to face a professional inside the Cell and he wants no part of that man. Punk says that makes Heyman an idiot rather than the best in the world. There are two words that Heyman needs to focus on.

The first is Cell, as in what they’re going to be locked inside of. The second word is Hell, which is what Heyman and Ryback are going to go through. Heyman quotes AC/DC and threatens to come explain what he means personally. The Heyman guys head to the ring to beat down Punk but Langston makes the save. Looks like a face turn which could be intriguing.

After a break Del Rio is in the ring waving a Mexican flag. Josh introduces us to the Cena video from Raw. Alberto says that he was waving that flag because he’s the champion of Mexico. Unlike himself, the people here have no passion or soul at all. John Cena is the ultimate gringo representing these people and Del Rio can’t stand him.

Who does Cena think he is by coming back and being handed a world title shot? Cena has only been gone two months but his ego keeps growing day by day. After he loses to Del Rio, he’ll be just like all these people: a nobody. Josh gets put in the armbreaker as an example of what’s happening at the PPV.

We recap Big Show knocking out Maddox. Brad sold the heck out of that punch.

Colter is on commentary. Cesaro gets elbowed down by Jimmy to start as Colter rants about Los Matadores. Off to Swagger to run over Jimmy in the corner and Colter is blaming the government shutdown for the arrival of Los Matadores. Cesaro does a remarkable 27 rotation giant swing to Jimmy to one of the biggest reactions of the night.

Back to Swagger for some stomping and a double chickenwing. Colter wants to know what kind of people kidnap a little person and make them dress like a bull. Maybe they owe child support and have been passing bad checks. Cue Los Matadores so Torito can gore Colter a few times. Jey comes back with a NASTY looking superkick to set up the Superfly Splash on Swagger for the pin at 5:45.

Orton comes out after Bryan and says that Bryan can’t beat him and that he’s in way over his head.  Goldust and Reigns get things going with the power man taking Goldie into the corner and the fast Shield tags start. Rollins stomps Goldust down and it’s quickly back to Roman who gets caught in a Russian legsweep. A kick to the side of Roman’s head is good for two and it’s off to Cody for a springboard missile dropkick.

Rhodes gets caught in the wrong corner as well with Roman sending him into the post as we go to a break.  Back with Ambrose raking Cody’s eyes on the top rope before it’s back to Rollins for a modified chinlock. Reigns comes back in for a splash and a chinlock of his own before elbowing Cody down for two. Back to Rollins for some kicks to the back before Roman comes in again for a standing chinlock. There’s a distinct lack of Ambrose int his match so far.

Cody sidesteps a charging Roman and sends him out to the floor. Back in and a dropkick puts Roman down again but Rollins dropkicks Goldust off the apron. Seth gets kneed in the face for his troubles and it’s a double tag off to Ambrose vs. Bryan. Daniel responds to the YES chants and hits all his favorites including the moonsault out of the corner, the corner dropkick and the kick to the head. Everything breaks down and a Disaster Kick drops Rollins.

Ambrose and Bryan hit double clotheslines but Reigns’ spear hits the steps instead of Goldust. A running knee to Dean’s ribs puts him down but Bryan can’t launch the headbutt. Dean gets two off a butterfly superplex as Cody makes a save. Cody loads up a sunset flip from the apron but Rollins counters into a powerbomb throw onto Goldust onto the announce table. Back in and Bryan almost gets the YES Lock but has to go after Rollins. The FLYING GOAT takes out Seth and Dean and the running knee is enough to pin Ambrose at 13:18.

This concludes our live coverage of Smackdown.  Make sure to join us for Bound For Glory on Sunday at 7pm EST. 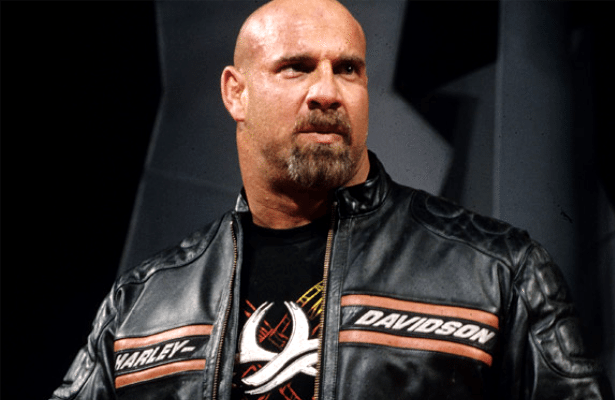 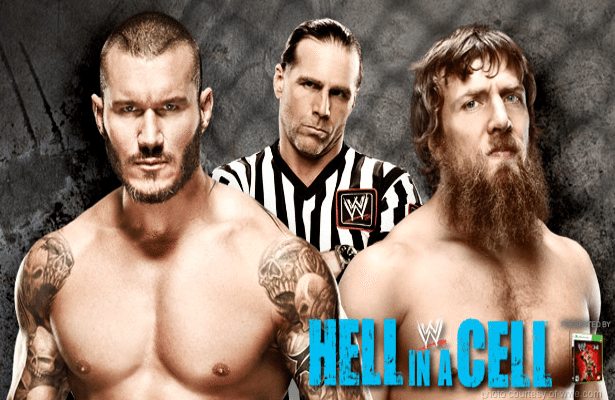