The Authority is gone, for now at least, and much like Raw we don’t have a permanent boss. There’s a chance that WWE will just use the same rotating boss idea like they’re doing on Raw, because goodness knows wrestling fans just aren’t smart enough to get by without a GM pointing the way. Let’s get to it.

We open with a Sting montage. That’s still so strange to see in WWE.

First up is MizTV with Miz saying he became WWE Tag Team Champion at Survivor Series. The fans of course cheer for Mizdow. Tonight’s guest is Big Show and we see a clip of Rowan knocking him to the floor on Monday. Miz says a lot of people aren’t happy with Big Show but the only problem Miz sees is that Show joined Team Cena. Show is so glad that someone finally gets it. He had to look out for himself because no one else will and no one knows his situation but him.

Cue Daniel Bryan for an interruption and a huge ovation. On Monday, Show said that if anyone has something to say, they should come say it to his face. Well Bryan has something to say: he’s in charge tonight. First of all, we’re going to have Ryback vs. Seth Rollins. That’s not all though, as a title is going to be defended tonight when Luke Harper defends against Dolph Ziggler.

Miz tells Daniel to stop stealing his spotlight. Bryan: “Mizdow already did that.” Show wants Bryan out, but Daniel has something for Big Show too. On Monday, Rusev refused to say the Pledge of Allegiance, so tonight he’s defending the US Title in a 20 man battle royal, which starts right now.

It’s a huge mess to start with Show crushing Los Matadores in the corner before throwing Gabriel and Cara out with ease. Rowan does the same to Slater and Cesaro punches Axel over the top. Los Matadores throw out Rose but Show tosses both of them at the same time. We get the showdown with Rowan and Big Show and Erick gets the better of it by knocking Show into the corner and eliminating him pretty easily. Show isn’t done though as he grabs Rowan from behind, allowing Rusev to dump him.

A bunch of guys go after Rusev to no avail as we take a break. Back with Miz saving himself and no new eliminations as far as I can tell. We have Jimmy Uso, Jey Uso, Tyson Kidd, Cesaro, Miz, Damien Mizdow, Stardust, Goldust, Rusev, Titus O’Neil and Jack Swagger to go. Stardust low bridges Miz to the floor so Mizdow eliminates himself. Swagger puts out the Dusts before Titus knocks Jimmy out.

Jey dumps Titus, Kidd eliminates Jey and we’re down to four: Swagger, Kidd, Cesaro and Rusev. Everyone goes after Swagger but he fights his way off the and back inside. He throws all three evil foreigners into the corner and gives Rusev the Vader Bomb, only to have to save himself from Cesaro. Kidd dives at Jack but gets dumped, allowing Cesaro to send Swagger to the apron. He backdrops Cesaro out but Rusev hits the running superkick to eliminate Swagger and retain at 13:27.

Kane is working merchandise tonight when Santino comes up. He mocks Kane’s Ryback shirt, gets stared at, and runs away.

Bray Wyatt is here for a chat. When Ambrose started climbing that ladder on Sunday, he looked like an angel climbing up to Heaven. It almost brought a smile to Bray’s face, but there’s not enough room for people like them up there. He could feel those chairs crashing down on him and it almost made him think he failed Dean for the first time. They have reached the point of no return and what happens next will change Ambrose. Tables, ladders and chairs. Bray says it over and over because he’s going to enjoy torturing Ambrose’s body with all those things. Follow the buzzards.

Non-title. Nikki slams Emma down with ease but gets caught in the Dilemma for a few seconds. A big slap puts the champ down but Emma runs into an elbow to the jaw. Rack Attack ends this at 1:29.

Post match Nikki has Brie hold the title and say it’s time to hear the truth about AJ Lee. We’ve heard her sob story over and over, but Nikki has worked harder. She’s what a real Divas Champion looks like and AJ will always be that pathetic little girl from New Jersey. AJ runs in and nails Brie as Nikki bails.

Kane has destroyed the merchandise stand.

Ryback quickly shoves him down so Rollins grabs a headlock to take away the momentum. A slam sends Rollins rolling to the floor but he comes back in for some unsold chops. Ryback gets all fired up but misses a charge and goes shoulder first into the post. Back in and Rollins nails a dropkick for two and puts on a front facelock. Rollins fights out of a quick Shell Shock attempt and hits the Downward Spiral into the corner for two. They head outside with Ryback going after Mercury, only to have Rollins send him into the steps as we take a break.

Back with Rollins holding a headlock until Ryback lifts him up into a kind of slingshot belly to back suplex. Ryback’s powerbomb is escaped and an enziguri connects, followed by a superkick for two. Seth misses a splash in the corner so Ryback lifts him up, only to be countered into a running buckle bomb for two. That was a surprising power display from Rollins. The big guy backdrops Rollins onto the Stooges before planting him with a spinebuster back inside. There’s the Meat Hook but Kane runs in for the DQ at 14:46.

Result: Ryback b. Seth Rollins via DQ when Kane interfered (14:46)

Rollins and Kane take Ryback down and Kane destroys him with a chair.

New Day is very excited to be making their debut here. Woods dropkicks Axel down to start before bringing Kofi in to kick him in the chest. Big E. nails the Warrior Splash but stops to wipe the sweat off his face. Axel finally takes Xavier down and it’s off to Slater for some stomps to the chest. The heels start taking over until Woods flips out of a suplex and tags out to Kofi. Everything breaks down and Big E. backdrops Kofi onto Titus and Axel. Back in and a combination top rope DDT/Big Ending puts Slater away at 3:23.

Recap of the Authority having to leave and Bryan’s revenge on all of the Team Authority members.

Bryan makes Ryback vs. Kane in a Chairs match for TLC. Oh and YES he will be back soon.

Stardust says the Cosmic Key is gone but their anguish goes on and on. He says each day is part of the endless march to oblivion and welcome to the Black Hole. Goldust declares that darkness has fallen on the New Day. There’s the first feud.

Ziggler is challenging and goes right at Harper with a rollup like he beat him with on Sunday. A dropkick puts Luke on the floor and we take an early break. Back with Ziggler fighting back with Cole saying it’s rally time. A high cross body gets two but Harper sends him face first into the buckle. We hit the chinlock from the champ but Ziggler hits a quick jawbreaker. Back up and Ziggler hammers away before getting two off the big elbow. The Fameasser is countered but Dolph slips out of a powerbomb and hits the running DDT for two.

Harper gets the same off the sitout Boss Man Slam and Ziggler nails a Fameasser for yet another two. Luke comes back with the big boot and Batista Bomb for two more and Harper is getting shocked. Why he’s shocked I’m not sure as that’s the third time that combination has gotten a near fall. They head outside with Ziggler being launched over the announcers’ table, only to pop up with a superkick, allowing him to beat the count for the win at 10:52.

Post match Harper lays Ziggler out with the discus lariat but takes too long getting the belt, allowing Ziggler to hit the Zig Zag to end the show.

Ryback b. Seth Rollins via DQ when Kane interfered

Make sure to join us Monday for Monday Night Raw at 8pm EST.

Major News For the WWE Network in Canada 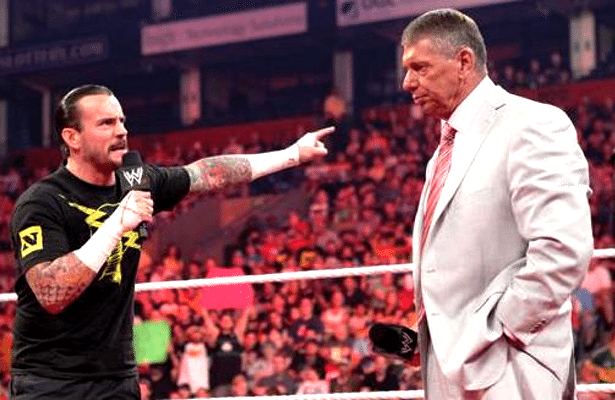