It’s the first Smackdown after what I thought was one of the best Raws in a long time. We’re also coming off an eventful PPV which saw Cena and Orton win the titles, meaning there’s a good chance that Cena is here tonight. Tonight will probably have a lot more action rather than the mainly story driven show we got on Monday. That’s exactly how Raw and Smackdown should work if they’re going to have a single roster. Let’s get to it.

We recap Cena winning the title on Sunday.

Here’s Johnny for his first Smackdown appearance in a good while. During the entrance we look at Sandow’s cash in from Monday where he actually had me believing he would win. Cena talks about winning the title on Sunday and says that he and Smackdown are going to get real close very soon. He sucks up to the Tampa crowd and says the World Heavyweight Champion is here.

This brings out the Real Americans of all people with Colter thanking Cena for taking the world title from Alberto Del Rio. He says Cena has a lot in common with the Real Americans such as being a real American hero and supporting the troops, so Cena should join the Real Americans. Colter asks Cena to do the WE THE PEOPLE but instead Cena says you can’t see me. Cena says he sees three dumb people.

Swagger looks like Biff from Back to the Future so he should make like a tree and get out of here. Then there’s Cesaro with his giant swing but all Cena can see are his giant nipples. That leaves Colter, but Cena doesn’t have enough time to make all the jokes he needs. Colter looks like a cross between a drunk Yosemite Sam and the guys from Duck Dynasty. Cena says the Real Americans are the people in the crowd because this is the land of the free and the home of the brave, so everyone can look and sound like anything they want.

Cena tells them to get out of Tampa before violence starts, but here’s a ticked off Sandow before the Americans can respond. John gets ready to fight but Sandow calls him a hypocrite. He says you make your own way in America like he did when he stabbed his best friend in the back to win Money in the Bank. Cena has been handed everything since he got back which makes him a false champion. Sandow is still the uncrowned world champion and his purpose in life is to end the Cena era in the WWE. The heels get ready to swarm but Cody and Goldust come in to even the odds. Vickie, tag match, main event.

We get a Shield promo talking about how the Usos aren’t contenders and how they can beat any team on the planet. Roman is about to talk but Ambrose cuts him off, saying the US Champion and Rollins will prove Shield dominance tonight. The slow burn split has begun.

Rollins and Ambrose here. This is a result of the Usos helping make the save on Monday night. Jimmy and Dean get us going but Ambrose is quickly dragged to the Uso corner for a double back elbow to the jaw. Dean makes a tag off to Rollins but is easily taken down for a knee drop. Rollins trips Jimmy down though and stomps away as Shield takes over. Seth charges into a backdrop over the top and out to the floor, only to have Ambrose tag him on the way down.

Jey is sent to the floor as well so Roman goes after him. Cue Big E. Langston to stare him down as we take a break. Back with Ambrose holding a chinlock on Jimmy before it’s back to Rollins for a running forearm in the corner. Seth goes to the middle rope but dives into a right hand, allowing for the double tag off to Dean and Jey.

The running Umaga attack in the corner gets a quick two and a jumping kick to the face gets the same. Rollins comes back in and gets caught in a spinebuster. A double superkick knocks Reigns off the apron and as JBL puts it, “WE GOT A FLYING SAMOAN!” Back inside and Jey dives over Amborse into a rollup for the pin at 10:14.

Post match Shield goes after the Usos but Langston makes the save. Reigns wants to fight all three of them but Rollins and Ambrose hold him back.

We recap the Shawn/Bryan segment from Raw. I still don’t think Shawn is coming back for another match but it’s possible. We also look at the Wyatts attacking Punk and Bryan.

Before the match, Bray appears on screen and says we live in a world of false heroism and he has the cure in the palm of his hand. Ashes, ashes, we all fall down. He stops talking and the Family is in the ring with Bray in his usual place. Rowan throws Darren around with ease before standing on his throat and removing the mask.

Off to Harper for a big boot and a front facelock while rolling around on the mat. Back to Rowan for a neck crank. Harper comes back in to knock Titus to the floor and puts on the front facelock again. Darren finally lunges forward for the tag off to O’Neil who cleans house. Young and Rowan fight to the floor but Harper scores with the discus lariat for the pin on Titus at 3:46.

We look back at Kane joining the new regime and surrendering his mask to Stephanie on Monday.

Here’s Miz for MizTV which was supposed to have Shawn Michaels as a guest but we get WWE Champion Randy Orton instead. Orton says Shawn isn’t here because Miz is irrelevant and no one cares about his show. He wants to know why this isn’t a celebration of his 11th WWE Championship because Big Show violated the previous one. Due to that knockout, Big Show has been banned from WWE for life. Orton asks Miz how that makes him feel but hits the RKO before Miz can answer. As always, Cole makes it sound like Orton asked for more water at dinner.

Nikki starts with Alicia and quickly takes her down before bringing in Brie for a Poetry In Motion clothesline. Alicia brings in Tamina for a nice clothesline to take Brie down as the heels take over. Off to AJ for a modified dragon sleeper followed by a guillotine choke. Brie fights out and makes the hot tag off to Natalya who cleans house. AJ comes back with a quick rollup for two as everything breaks down. Natalya grabs a quick Sharpshooter for the submission from AJ at 3:37.

The Raw ReBound covers the end of the show with Orton’s celebration and Big Show knocking Randy out cold.

We get part of a sitdown interview with HHH where Cole reads from David Otunga’s opinion of Big Show’s lawsuit. HHH gets tired of hearing about it and bans Big Show from the WWE for life. This would be more interesting if Cole hadn’t told us this earlier.

Swagger and Cesaro running to the ring like they’re on a battlefield is great stuff. Cody and Cesaro get us going with Rhodes taking over off a shoulder block. Off to Goldust with an elbow drop before it’s quickly back to Cody for a jumping knee to the face. That gets two as well and everything breaks down. We take a break and come back with Sandow working on Cena’s arm before handing it off to Cesaro for the same.

John hurricanranas his way out of what looked like a powerbomb, allowing for the tag off to Goldust. Swagger gets caught by clotheslines and something resembling Stratusfaction before being backdropped out to the floor. Back in and Jack hits a shoulder to the knee and Goldust is in trouble. Cesaro comes in and pounds away before sending Goldie to the floor for a clothesline by Swagger. Off to Sandow for some knees to the chest and a near fall. Back to Swagger for a front facelock as the fans get behind the gold one.

There’s a hard clothesline to take Goldust down and it’s back to Cesaro for a reverse chinlock. A gutwrench suplex gets two for Antonio and it’s back to Swagger as we take another break. Back with Cesaro getting two on Goldust via a suplex and we’re back to another chinlock. Goldust fights up and drives into the corner for the tag to Cena but the referee didn’t see it. I love that spot.

The Real Americans do their Vader Bomb into the double stomp spot for another two count. Goldust finally comes back with a quick DDT to Cesaro but Damien breaks up the hot tag attempt. Sandow’s chinlock is broken up and Goldust heads to the corner for a jumping back elbow which mostly misses. The drop to the knees and uppercut staggers Sandow but he still knocks Cody and Cena to the floor. A powerslam puts Damien down again and NOW we get the hot tag to Rhodes.

Cody comes in with a springboard dropkick to Sandow followed by the moonsault press (he’s gotten much better at that move) for two. Damien counters Cross Rhodes and makes a tag to Cesaro but there Cross Rhodes takes Sandow out anyway. The distraction lets Antonio come in for a 31 second Cesaro Swing to Rhodes for two. During the Swing Cena speared Swagger on the floor so there’s no one for Cesaro to tag.

The second hot tag brings in Cena who initiates his finishing sequence on Cesaro but the AA is countered into the gutwrench suplex. Cesaro loads up the Swing on Cena but Cena counters into an STF attempt. Antonio rolls through and hits Swiss Death, only to have Cody score with a Disaster Kick to the European. Sandow hits You’re Welcome on Cody but gets bulldogged down by Goldust. Swagger gets the tag and suplexes Goldust down before putting Cena in the Patriot Lock. Cena rolls out and hits a quick AA for the pin at 23:58.

Usos b. Shield – Rollup to Ambrose 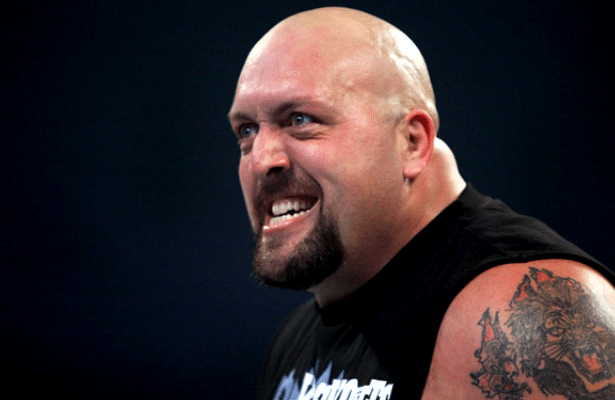 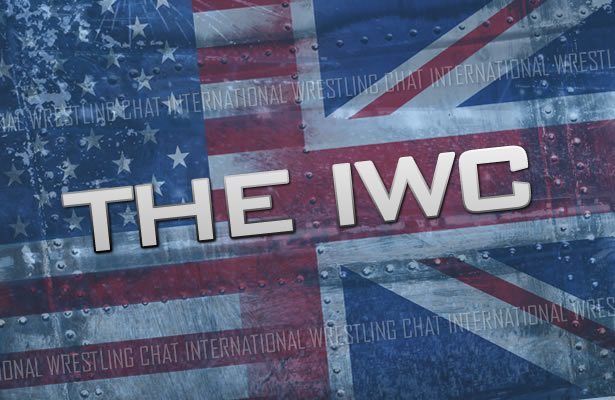