HHH is back to being full evil as we only have five shows left before Wrestlemania. Other than that we’re looking at another story building show tonight with Kane talking about replacing Shield, the battle royal needing more names and Bray Wyatt being creepy and getting in Cena’s head. Speaking of Cena, he’s facing Luke Harper tonight. Let’s get to it.

There’s a fourway tag team match tonight for a shot at the Usos, presumably at Wrestlemania.

Here’s Kane to open things up. He introduces us to a video from the end of Raw with HHH ending the YES Movement. Back live and Kane says the blame is on all of the fans who cheer for Bryan and convince him that he’s bigger than WWE and the Authority. Everyone learned a lesson on Monday when they saw that no one is greater than the Authority.

What people need to understand is that some people are just better than others. HHH is better than Daniel Bryan and the Authority is better than all of you. Kane is shouting this at the fans but calms down and pulls a letter out of his pocket. It’s from HHH who has asked Kane to read it to us. The letter is delayed by a YOU SOLD OUT chant before Kane reads the standard corporate apology as the fans boo it out of the building.

Yes, one of the Matadores is getting a singles match. This is joined in progress after a break with Fandango chopping the masked man down. We hit the chinlock on Fernando but he avoids a middle rope knee drop. A standing hurricanrana and a springboard back elbow gets two on Fandango but a Summer distraction lets Fandango get in a cheap shot. Torito freaks out because Summer is in a red dress and the chase is on, allowing Fernando roll up the dancer for the pin at 2:35.

Sandow jumps him to start and drives in knees to the chest. A Russian legsweep and knee drop have Ziggler in even more trouble as the announcers talk about the battle royal. Ziggler escapes a backdrop and shakes his hips a bit before dropkicking Damien outside. Dolph gets back on the top but Damien kicks him down, sending Ziggler’s head onto the steps with a sick thud. That made me cringe.

Back in and Damien hammers away at the head while screaming at Ziggler to stay down. We hit the chinlock for a bit before Sandow drops some more knees. Dolph is sent outside and into the barricade to give Damien a two count. Back to the chinlock for a bit but Dolph fights up with his jumping DDT. Ziggler hammers away in the corner and gets two off a neckbreaker. Sandow gets in a few right hands but Ziggler comes back with the Fameasser for the pin at 5:53.

The Wyatts appear on screen and Luke says he is John’s reaper tonight. Bray pops up and says John being afraid of Bray makes sense. Wyatt was born of the world’s hatred and feeds on hate. The buzzards are circling overhead and Bray is Cena’s torment waiting down below. Cena’s fear is Bray’s power and the power is his control. Run.

Shield vs. Real Americans vs. 3MB vs. Ryback/Curtis Axel

One fall to a finish and it’s Ambrose/Rollins and McIntyre/Mahal here. The announcers talk about everyone being a heel here as Ambrose works on Axel to start. An elbow drop gets two but it’s off to Mahal who has about the same success as Axel. Rollins comes in to work on Jinder’s arm but Ryback tags Mahal and runs Seth over. Rollins knees his way out of a vertical suplex and Shield clotheslines Ryback outside. Axel is sent out as well and Shield hits stereo suicide dives as we take a break.

Back with 3MB double teaming Ambrose to give Mahal a two count. During the break, Cesaro swung Ambrose into the barricade in a painful looking crash. Ryback comes back in to stay on Dean with a splash getting two. The Meat Hook drops Ambrose but Swagger tags Ryback to get a quick two. The Vader Bomb into the double stomp from Cesaro gets two and Cesaro locks a chinlock on Dean.

Ambrose fights up and hits a clothesline on Cesaro followed by a DDT on Swagger. Rollins and Mahal come in off double tags and Seth cleans house. A Blockbuster drops Mahal and Seth follows up with a flip dive to take out Ryback. Heath Slater breaks up the Black Out but gets speared by Reigns. The Black Out connects on Mahal but McIntyre makes the save at the last second. Everything breaks down and Kane runs in for the no contest at 11:47.

Reigns and Kane fight up the ramp until the New Age Outlaws show up to help Kane. Ryback, Axel and the Real Americans lay out Rollins and Ambrose as Reigns is triple teamed. Kane chokeslams the other members of Shield as well as the beatdown goes on for awhile. It looks like Shield vs. Kane/Outlaws at Wrestlemania which doesn’t do much for me.

Time for MizTV with the focus on the battle royal. Miz officially throws his name in the hat and guarantees victory. The guest tonight is Big Show who Miz describes as the odds on favorite. Big Show talks about the comparisons to Andre the Giant over his career and says winning the battle royal will cement his legacy. Miz brings up Big Show’s nine losses at Wrestlemania so Big Show threatens to pop Miz’s head open.

Perhaps out of fear, Miz brings out some of the other entrants in the battle royal, including Titus O’Neil, Kofi Kingston, Alberto Del Rio, Big E. Langston (Miz throws in the Langston), Cody Rhodes, Mark Henry, Goldust and Sheamus. The Irishman thinks we should have a battle royal of our own right now. Miz thinks everyone should get Big Show but they fight each other instead with Miz bailing to the floor.

Sheamus and Big Show throw out everyone on their own in about a minute and a half until they’re the only ones left. They fight for a bit until Big Show blocks a Brogue Kick and puts him on the apron. Miz comes back in as Show dumps Sheamus. A chokeslam gets rid of Miz and Big Show stands tall. This wasn’t a match but it did its job well.

Non-title. Big E. takes him into the corner and hammers away but gets spun around in the corner, setting up the double stomp to the chest. We hit the chinlock for a bit but Big E. fights up. He charges into a pair of boots in the corner and gets two off a Backstabber. Del Rio avoids a charge to send Big E.’s shoulder into the post and the low superkick gets the pin at 2:48.

Santino is upset that he and Emma have been having issues trying to go on a date. He complains to the makeup lady and talks about how much he cares for Emma as she’s behind him. Emma surprises him and they bump heads as Santino falls out of a chair.

AJ is on commentary and seems to be ok with Tamina now. Nikki takes over on Natalya to start but Summer tags herself in. Summer sends her to the apron as AJ talks about how the match is a trainwreck. Brie comes in as the heels get in an argument, setting up the Bella Buster to Summer for the pin at 2:20. Nothing here at all.

We go back to Main Event for the Undertaker’s response to Paul Heyman. Undertaker choked Heyman down and told Heyman that he’ll slay the Beast in New Orleans. Lesnar and Undertaker will both be on Raw.

Kane thanks those that helped him take out Shield. Ryback and Axel are granted a Tag Team Title match but Zeb wants to know what they’re getting. The Real Americans are granted a shot as well (no date was given for either shot), leaving only 3MB. Kane puts them in the battle royal. The Band leaves and the Outlaws come in. Kane is pleased with both of them and that’s about it.

Daniel Bryan’s shoulder is damaged and needs rest but he’s not missing any live events and will be on Raw.

Before the match we get the Eminem music video on Cena vs. Wyatt from Raw. Harper drives Cena into the corner to start but John comes out with right hands. Harper avoids a charge in the corner though and gets two off a neckbreaker. The LET’S GO CENA chants dominate their counterparts as Luke puts on a chinlock. Back up and Cena counters the shoulders with an atomic drop followed by a big boot for two. The ProtoBomb and Shuffle connect as Rowan is at ringside.

Cena bails as the other Wyatts hit the ring.

Remember to follow me on Twitter @kbreviews, check out my website at kbwrestlingreviews.com and pick up my new book of on the History of Clash of the Champions at Amazon for just $3.99 at:

New E-Book – KB’s History Of Clash Of The Champions 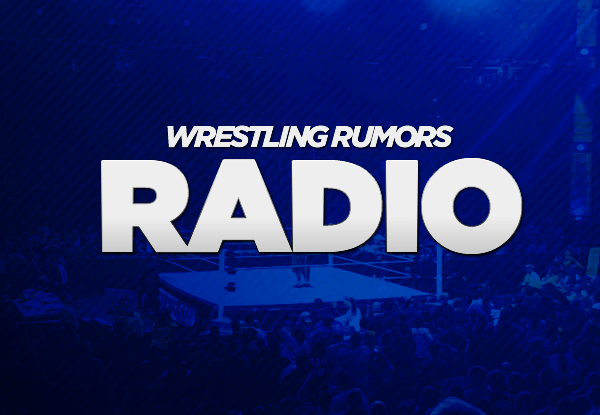