Monday really didn’t offer us much to see this week as the main event didn’t change a lot. The big story continues to be Brock Lesnar, who isn’t likely to show up on this show. Other than that we’ve got Miz vs. AJ Styles scheduled for tonight which could be good if Miz is allowed to control for a bit. Let’s get to it.

An early Del Rio distraction sends things to the floor and Reigns is sent into the steps. Back in and Rusev drives in some ax handles to the back but he misses a charge and goes shoulder first into the post. The corner clotheslines look to set up the Superman Punch but the League comes in for the DQ at 2:59.

Result: Roman Reigns b. Rusev via DQ when the League of Nations interfered (2:59)

Ambrose runs out for the save but takes Reigns out by mistake. The League beats Ambrose down but Reigns makes the real save.

Post break Ambrose says he got a bit too reved up out there but Reigns is still his brother because that was an accident. Reigns will know when he comes after him.

Non-title with Ziggler on commentary so you know what’s coming. Owens stomps him down in the corner as Lawler calls Kalisto a Mexican mosquito. Kalisto kicks Owens to the floor for a flip dive but gets thrown with a release German suplex as we take a break. Back with Owens getting two off the running backsplash but Kalisto kicks him in the head to start his comeback.

We recap MizTV from Monday with AJ Styles beating him down.

Miz interrupts JoJo to tell him that he’d never interrupt anyone. He’s ready to make AJ Styles into the next Daniel Bryan.

Ryback is in standard black trunks now. Still no Bray due to his grandfather’s health issues. Ryback starts with right hands in the corner before a cross body sets up even more right hands. Rowan hammers him down with forearms to the back and the head vice. That’s fine with Ryback as he pops up and hits his middle rope dropkick. Rowan is sent into Strowman and the Meathook gives Ryback the pin at 2:59.

Ryback bails before the post match beatdown can ensue.

Becky Lynch is talking about saving Sasha Banks when Sasha comes in and yells about making the save. Becky brings up the cheap shot at the Royal Rumble and they agree to fight together until either of them can face Charlotte. Renee is confused but neither of them seem to know what happened either.

AJ Styles vs. The Miz

Jericho is on commentary. AJ starts with a nice dropkick so Miz bails into the corner like the coward he’s supposed to be. It’s out to the floor but AJ slingshots into the forearm to take over again. AJ gets pulled face first into the apron to take over though as Lawler starts going heel against AJ as well. Back in and Miz chokes on the ropes before cranking on both arms. There’s a boot to AJ’s face and a second to AJ’s seated face.

AJ fights up and it’s a double clothesline to put both guys down as we take a break. Back with AJ’s fireman’s carry into a backbreaker getting two but Miz’s short DDT gets the same. The Styles Clash is broken up as well, only to have AJ score with the springboard forearm, followed by the Calf Crusher for the submission at 11:22.

Post match Jericho gets in the ring and says he knows AJ is good but wants to see how good he really is. Therefore, there’s going to be a rematch next week.

Roman isn’t worried about what happened earlier with Ambrose because they’re always in the same book even if they’re not on the same page.

Here’s New Day for a chat. After a quick plug for Ride Along, it’s time to brag about having some gold. It’s what separates them from the masses of title-less caterpillars. This gold isn’t like a participation trophies that Little Leaguers get for showing up. We get the NEW DAY ROCKS dance but here are the Social Outcasts for their scheduled match. There’s no Bo because he’s still recording for his gold album, which is of course gold, unlike the bronze titles. After a discussion of whether New Day are rhinos or unicorns, it’s time for a six man.

A brawl starts and we take a break 23 seconds in. Back with Slater dropkicking Kofi before it’s off to Rose for an uppercut. That’s about it for the Outcasts’ offense though as it’s off to Big E. for a standing splash and the Unicorn Stampede. Woods’ bottom rope tornado DDT gets two but Rose counters the flipping clothesline with a spinebuster.

The hot tag brings in Axel for a fast sequence of missed shots with Kofi, capped off by a running knee to Kofi’s head. Everything breaks down and Trouble in Paradise drops Rose. Axel rolls Kofi up for two with his feet on the ropes, only to have Kofi do the same thing for the pin on Curtis at 7:30.

Non-title. Fox throws her down to start but gets spun around in the corner and taken down with a neckbreaker. Alicia’s sunset flip out of the corner doesn’t get her anywhere and it’s off to the Figure Four Necklock for a few seconds. Back up and a double big boot puts both of them down. That’s enough for Charlotte as she chop blocks Fox and slaps on the Figure Eight for the win at 3:58.

This week’s R-Truth/Goldust segment takes place at a hotel with Goldust as a bellhop. Truth’s suitcase is cracked open and Goldust admires his underwear.

Ambrose headlocks Rusev to start before it’s quickly off to Reigns. They slug it out with Roman getting the better of it (of course), only to charge into a swinging kick to the head for two. Del Rio comes in and slaps on a chinlock before it’s back to Rusev for a suplex. The League poses at ringside but it actually doesn’t take us to a commercial.

Instead Reigns Samoan Drops Rusev and reaches over for the tag off to Ambrose. Everything breaks down and Dean dives onto Rusev, followed by the rebound lariat. Another hot tag brings Reigns and the Superman Punch gets two on Rusev with Del Rio breaking up the cover. Dean’s suicide dive almost hits Reigns but he pulls up just in time. That earns Rusev a second Superman Punch, followed by the spear for the pin at 7:48.

Reigns and Ambrose are fine to end the show. 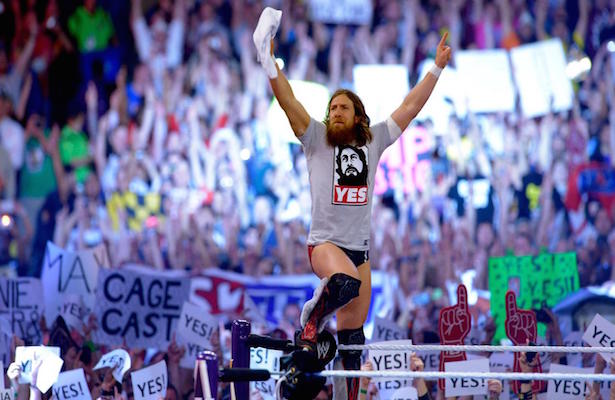 Rumor: Daniel Bryan Could Return to This Week’s Monday Night Raw in Seattle 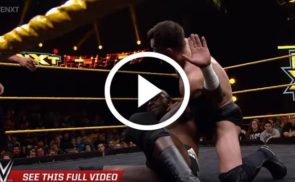