It was a special moment. There are a lot of reasons for a wrestler to have to leave the ring earlier than expected, with injuries or medical issues often being near the top of the list. It can be devastating to see someone have to retire early but every now and then, you see someone get to come back to the ring after retirement. Now we are seeing it again and the wrestling world is reacting.

This week on AEW Dynamite, Saraya, formerly known as Paige in WWE, announced that she was cleared to return to the ring and would be facing Britt Baker at Full Gear on November 19. Saraya was forced to retire from the ring in 2018 following a spinal injury, leaving it doubtful that she would ever wrestle again. As a result, several wrestlers and wrestling personalities have thoughts on Saraya’s return to the ring.

Not gonna lie, got a little emotional watching this? Let’s go Saraya!!! https://t.co/pbZ8EwVfmF

What a moment!!! I can’t get over this. So beyond happy for my girl. Doing what she was born to do! https://t.co/UnOSb0EGTs

This was a special moment. Check out Saraya’s announcement and emotional speech: 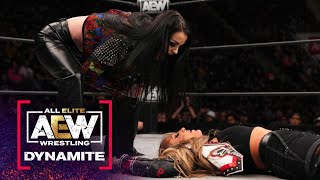 Opinion: This was very cool to see as while it was somewhat obvious that Saraya would be returning to the ring one way or another, but actually announcing it is great. Saraya vs. Baker is a match that has been set up for a few weeks now and it should be a good match. The fact that Saraya is able to get back in the ring whatsoever is awesome and hopefully she can stay around for a lot longer this time.

What do you think of Saraya’s announcement? How will Saraya do in her return match? Let us know in the comments below. 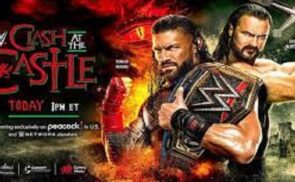 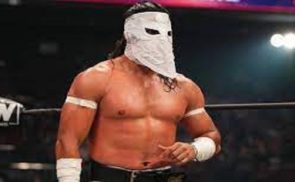 Update On Bandido’s AEW Deal, What Led Him To Sign