The gold is gone. Titles are one of the most important concepts in all of wrestling, as whoever has a title is probably going to be one of the top people in the promotion. It makes sense to give someone a title if you want them moving up the card or take it away if it is time for them to move down a bit. That was the case this week, as several titles changed hands Saturday afternoon.

Opinion: You can’t say it was an uneventful show and that is a great thing to see on something like this. NXT has come a long way since its relaunch and while it still has a long way to go, this was a big event in changing things up even more. I’m not sure where the new champions go from here, but at least we should be able to see some more from them starting soon.

Which title change means the most? Which was the biggest surprise? Let us know in the comments below. 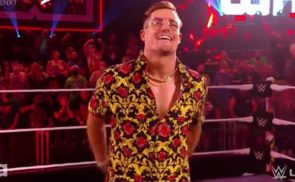