The field keeps getting stacked. The Royal Rumble is less than five days away and that means WWE has a lot of spots to fill in and not much time left to do it. There have been a lot of names set already but WWE likes to wait until the very last minute to make some announcements. That was the case again this week, as some more names were added to the fields.

WWE has announced that seven more names have been added to the men’s Royal Rumble field. Before this week’s Monday Night Raw went on the air, WWE tweeted that the following names had joined the match:

With these new additions, there are twenty two out of thirty entrants announced for the men’s match. At the same time, there are also twenty two entrances set for the women’s edition. There is no word on if any more names will be announced.

Opinion: I can go with something like this, but I hope they don’t announce any more names. It is nice to have some surprises in the Royal Rumble matches, as they are the matches’ life blood. The matches are wide open this year and that could make for some very cool moments. Now just find a way to make everything work when the bells ring and we should be fine.

What do you think of the additions? Who else do you want added to the fields? Let us know in the comments below. 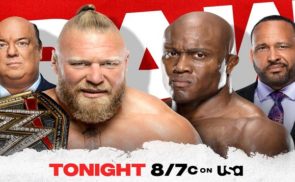