Not so fast? We are about six weeks away from Summerslam and that means WWE is going to need to start getting things ready for one of the biggest shows of the year. With so much to be done for the show, it could be a rather fascinating card this time around. WWE has seemed interested in bringing in some special names, but one of the biggest might have a bit of a problem.

According to Variety, John Cena is scheduled to begin filming Argylle in Europe in August. As a result, this could make it impossible for him to appear at Summerslam on August 21. However, there is still a chance that he could make the show, as there is no specific date for the beginning of the production, nor is it known if Cena will begin filming at the start. WWE has not officially announced or even mentioned Cena for Summerslam as of yet.

Cena has done some things at Summerslam before. Check out some of his efforts at the show: 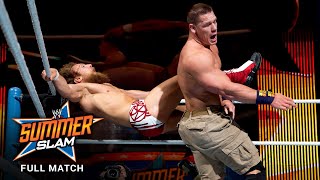 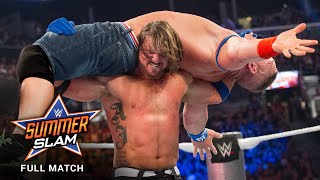 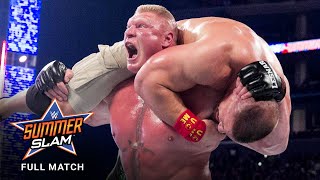 Opinion: While WWE has yet to announce Cena for the show, I would be a bit surprised if Cena did not appear at Summerslam. There are enough caveats to allow Cena to appear, as he would only need to make an appearance or two before showing up at Summerslam and then getting back on set. Nothing is guaranteed, though it would be really nice to have Cena around on the show.

Will Cena appear? Who would you want to see him face? Let us know in the comments below.