There’s a casualty. On Monday, news broke that WrestleMania 36 was officially pulled from Raymond James Stadium in Tampa, Florida. As a result of the Coronavirus outbreak, the show was going to take place from the Performance Center in Orlando, Florida instead, meaning the show would have no fans in attendance. As a result, things were going to be rather different than ever before, and now we might know what one of those changes may mean.

One of the major criticisms that you hear about WrestleMania in modern years is how long the show is. The recent shows have been extended to nearly ridiculous lengths, with the whole day’s events taking over seven hours, including the Kickoff Show. There are all kinds of things taking place on one night and that means the show runs for a good while. That might not be the case this year.

According to Wrestling Observer Radio, there may not be a Women’s Tag Team Title match on this year’s WrestleMania. A match featuring the Kabuki Warriors defending against Alexa Bliss and Nikki Cross has been hinted at on WWE television but nothing has been officially announced. It is not clear when the match would take place should it not be at Wrestlemania. At the moment, there are seven matches scheduled for WrestleMania.

Bliss and Cross have been coming after the champions. Check out the two teams in action:

Opinion: I’m liking the sound of this idea. If nothing else, the main weekly shows are going to need some major matches for the sake of filling in time. Use this match on a weekly show and let them go for about fifteen minutes as the feature of a single week. That’s a better idea than cramming it onto an already packed WrestleMania card. Do what makes sense here and think long term rather than one big night.

Do you want to see the match take place at WrestleMania? Who do you see leaving as champions? Let us know in the comments below. 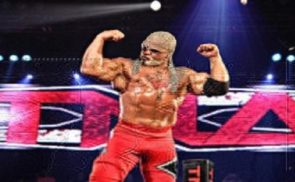