What could have been. An injury can change the course of a lot in WWE in the blink of an eye. It isn’t just about what has been changed for one person but also some more people who that person might not even be involved with yet. Someone getting hurt changes plans for other people and that could make for some interesting situations, such as the current one.

One of the bigger surprises in WWE over the last few years has been the rise of Jinder Mahal. Once little more than a comedy jobber, Mahal returned to WWE and became one of the most pushed stars in the company, even holding the WWE Championship for about six months. Mahal came back from a knee injury with rumors of a big push, but he recently announced another knee surgery. So what was planned before the second injury?

According to WrestleTalk, the eventual plan for Mahal was to have him challenge WWE Champion Drew McIntyre at some point in the future. Raw Executive Director Paul Heyman had planned for Mahal to challenge McIntyre in a short term feud, but it is not clear how long Mahal will be out of action. Mahal’s push was said to be coming due to a lack of star power on Monday Night Raw due to AJ Styles going to SmackDown.

McIntyre and Mahal do have some history. Check out the classic 3MB days:

Opinion: I’m not sure I can see Mahal challenging for the title, but then again I couldn’t see it in the first place either. It doesn’t sound like the most appealing thing in the world and focusing on a battle of people who were part of a goofy comedy group might not be the best main event scene. That being said, almost nothing is normal at the moment so maybe this could be worse.

Do you want to see this feud? How would you see it playing out? Let us know in the comments below. 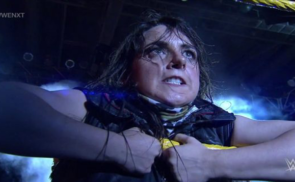 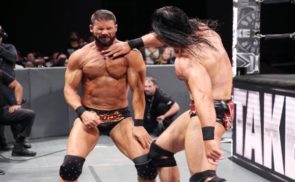