It’s easy to see why. Along with the rest of the wrestling world, WWE is in a very strange place at the moment. They have no fans coming to their shows and yet everything is carrying on as usual because they are now considered an essential business, meaning that they have something similar to a free pass at the moment. In other words, the show must go on and someone has made the most of it.

One of the major changes to the empty arena shows is the lack of distractions. With no one in the stands, there is nothing to watch but the wrestlers themselves. This lets them have an extra level of focus that you don’t get most of the time, which can be a positive or a negative. If someone stands out more than others, they might get somewhere and it turns out that Vince McMahon has noticed someone.

According to WrestleTalk, Asuka has caught McMahon’s attention over the last few weeks in a positive way. McMahon, along with other WWE executives see her as reliable and someone that can be depended on in such strange situations. Asuka has wrestled more frequently than almost anyone else during the current situation, including both singles and tag matches on both Monday Night Raw and SmackDown. She is currently scheduled for the Women’s Money in the Bank ladder match.

She has been around lately. Check out some of Asuka’s recent work:

Opinion: I can’t say I’m all that surprised as Asuka really is one of the most talented people that the company has on its roster. It is a good sign that WWE is starting to notice her, but there is only so much value in pushing her when Shayna Baszler and Becky Lynch seem pretty locked in at the top of the card. That being said, Asuka could wind up right in there if given the chance and she seems well on her way to getting there.

Has Asuka impressed you lately? Will she be Women’s Champion again? Let us know in the comments below. 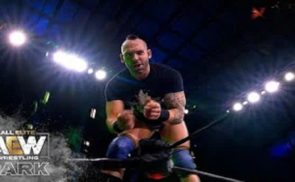