He sees it bro. The WWE has seen some incredible wrestlers over the years and some of them are among the greatest talents of all time. With so much ability and so much skill, there is a desire to name someone else as the next insert great wrestler here. That is some amazing pressure, and Vince McMahon himself seems to think that there is something to one of his younger stars.

About a month ago, Matt Riddle made his full time debut on the main roster and immediately became a big deal, defeating Intercontinental Champion AJ Styles in a non-title match. It was clear that WWE saw a lot in him and that Riddle was going to be in for a huge push. Riddle followed it up with a big promo this past week, and it caught the eye of the boss.

According to Wrestlingnews.co, McMahon was so impressed with Riddle’s story about wrestling barefoot that he allowed Riddle to tell it on SmackDown. McMahon sees a lot of a young Shawn Michaels in Riddle: a wrestler with a rebel mentality who may annoy others but will do some great things in the ring. Riddle is currently in a feud with King Corbin, though a match between the two has not been announced.

It got the boss’ attention. Check out the promo that McMahon liked so much, plus the match that followed:

Opinion: That is some lofty praise and something that I can see being accurate. Riddle is someone who has a lot of potential and assuming that his attitude doesn’t bring him down, there is almost nothing wrestling related that can stop him from having a huge career. I’m not sure how great of an idea it is to have him feuding with Corbin, but hopefully it’s a short term deal.

What do you think of Riddle? How far can he go in WWE? Let us know in the comments below. 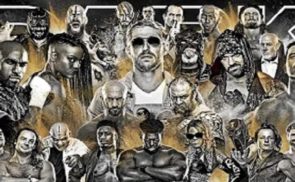