What a way to go. With less than two months to go before “Bound For Glory 2017”, we don’t know much of the card yet. What we do know for the rest of the year though is that Gail Kim is wrapping up her Hall of Fame career as she rides off into the sunset. The question though is when will she finish up. Now, we might have an idea.

In a new video released on GFW’s YouTube channel, Kim suggested that she might be ready to wrap up her career at “Bound For Glory 2017”. The show will be taking place in Kim’s home country of Canada and she’s mentioned wanting to win the Knockouts Title one last time before she retires. Here’s the video:

Opinion: While I respect Kim’s talents, I’m really hoping she doesn’t win the title again at the pay per view. It would basically be her retiring as champion, which is one of the worst things the company could do. Why not have her leave and put someone over on her way out instead of giving her yet another title to add to a long list of them?

Would you like to see Kim retire at the pay per view? Should she win the title one more time? Let us know in the comments below. 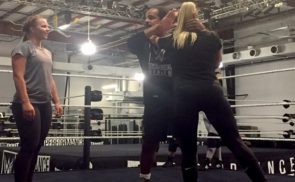 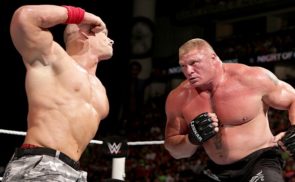