WWE RUMOR: Future Plans For Karrion Kross Include Another Debut

They have a plan for that. Every now and then, WWE will do something that leaves fans and even other wrestlers rather confused. The company will make some kind of a decision that seems completely bizarre on the surface with very few apparent reasons for what is going on. That was the case earlier this month and now we know a bit more about the thinking.

Earlier this month, NXT Champion Karrion Kross made his main roster debut on Monday Night Raw and lost to Jeff Hardy in less than two minutes. Kross returned the following week and defeated Keith Lee, though the original plans called for Kross to lose to Hardy again, as Hardy is quarantining over a positive Coronavirus test. It turns out that WWE has a long term plan for Kross on Monday Night Raw.

According to the Mat Men Wrestling podcast, the original plan for Kross was to have him lose over and over until Scarlett, his manager in NXT, would debut to put him back on track. Scarlett has not appeared or been referenced on Monday Night Raw, though she is still managing Kross in NXT. There is no word on when Scarlett will debut or why Kross won on Monday instead of continuing with the story.

Which is better? Check out Kross with and without Scarlett: 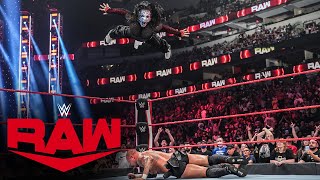 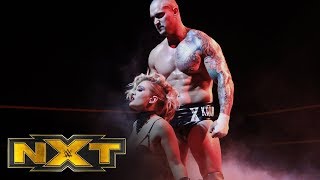 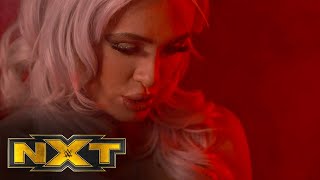 Opinion: This is at least an idea, but at the same time, I cannot blame fans being upset over Kross just losing. WWE has a very, very shaky record when it comes to bringing up wrestlers from NXT so it is hard to give them the benefit of the doubt. Also, Kross has been a monster in NXT and suddenly is losing in less than two minutes. That is completely different from what has been done in NXT, which is not necessarily a bad thing, but it is going to get people talking in a hurry.

What do you think of the idea? How will Kross do going forward? Let us know in the comments below.