RUMOR: He Doesn’t Have Many Left. Undertaker Has Hand Picked His WrestleMania 36 Opponent.

That would be a big one. While it seems that we’re not very far removed from WrestleMania 35, it’s already time to start getting ready for WrestleMania 36. The card itself is not ready yet but that doesn’t mean we can’t start wondering what might be taking place at the show. There are certain things that are all but guaranteed to happen and we might know one of the matches rather early.

According to Brad Shepard on his Oh. You Didn’t Know podcast, the Undertaker will be facing Drew McIntyre at WrestleMania 36. McIntyre is said to have been Undertaker’s handpicked opponent. The two will be facing off as part of a tag match at Extreme Rules next month. The two have faced each other before with the first match taking place on a SmackDown on March 18, 2010.

It’s a long time ago but there is still video. Check out their first match: 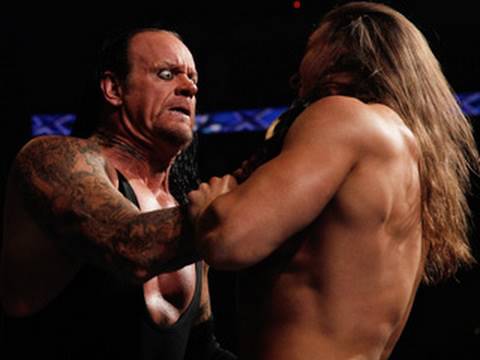 Opinion: This could be interesting, though it sounds like another match with McIntyre losing. The guy has all the potential in the world but at some point he has to win a big match. That hasn’t been the case since he has come back to WWE and unfortunately I don’t see that coming anytime soon. He’s still stuck as someone’s lackey and for some reason that’s all WWE seems to see in him.

Do you want to see this match? Who do you think would win? Let us know in the comments below.

So Long And Farewell? Another Popular WWE Superstar’s Contract Is Coming Up Soon.