Call it a hope spot. Over the last nine months or so, there have been very few people who have risen through the ranks faster than Bray Wyatt. While he had a lot of success earlier in his career, things had fallen fairly far in a hurry for him. That started to change with the power of the Fiend persona though, including a reign as the Universal Champion. However, the question now is how far he can go with the title.

Wyatt has held the Universal Title since October 31, 2019, defeating Seth Rollins for the title at Crown Jewel. The title change made it clear that something new was happening in WWE so someone new needed to challenge Wyatt for the title. That would be Daniel Bryan, who Wyatt defeated in their first match at Survivor Series. The rematch is set for the Royal Rumble, and now we might know what is coming next for Wyatt.

According to Tom Colohue on the Dropkick DiSKussions podcast, Wyatt is scheduled to successfully defend the title against Bryan at the Royal Rumble. This will be part of a lengthy title reign for Wyatt, who is scheduled to old the title until at least WrestleMania 35. The reason for keeping the title on Wyatt is that he will lose his momentum as soon as he is pinned and WWE is wanting to hold off on that as long as they can.

It was quite the show. Check out the full podcast, plus the Fiend being his monstrous self: 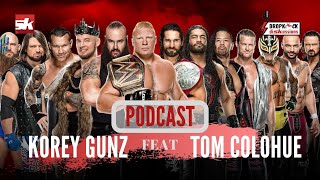 Opinion: This is what makes the most sense as there is no reason to take the title off of Wyatt anytime soon. As soon as the Fiend, or any monster for that matter, loses, his aura is gone and there is little more for him to do at the moment. Hopefully Wyatt has a long title reign because once he loses the title, or even a big match, so much of his power is going to go with it. That doesn’t need to happen for a long time, and certainly not at the Royal Rumble.

How long do you expect Wyatt to hold the title? Who will take the title from him? Let us know in the comments below. 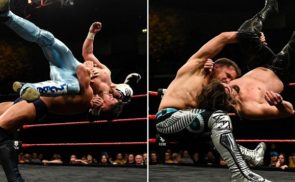