It’s all about the star power. Wrestling and video games kind of go hand in hand. What else is there that offers such a simple idea? Players seem to love the idea of getting to play as their favorite wrestlers in a variety of ways, which is quite the way to tie in the two worlds. Therefore it makes sense for WWE to have some of the most popular video games in the genre and that brings with it some large promotions.

According to the WrestleVotes Twitter account, the promotion for the upcoming WWE2K video game will be on a grand scale. The ad will be similar to an NFL campaign for its 100 year anniversary and will feature Steve Austin, Ric Flair and Hulk Hogan. All three have been featured characters in previous editions of the game. There is no word on when the game will be released but previous editions have been released in October.

The upcoming promotion for this years WWE2K game will be tremendous! Similar to the NFL 100 commercial from the Super Bowl.

These things can be incredible. Check out one of the previous WWE2K ads: 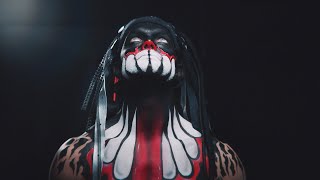 Opinion: This isn’t the biggest surprise in the world as you have what seems to be a major milestone edition. Those are three of the biggest names in the history of wrestling and having their faces as the focal point of the game would be a good idea. Those three are all people the mainstream fan would be more familiar with and that’s exactly the kind of thing you want to see in a spot like this.

Do you play WWE games? What is your favorite wrestling game? Let us know in the comments below.