He’s going to the Royal Rumble? The Road to WrestleMania is officially upon us as we are less than a month away from the first major event of the WWE year. The Royal Rumble is just over three weeks away and that means it is time to start getting a little bit more serious about things. However, you might not think the same if you watched this week’s edition of SmackDown.

Roman Reigns became Universal Champion about four and a half months ago and hasn’t looked back since. After winning the title at Payback, Reigns has dominated SmackDown with nothing suggesting that he will be moving out of the top spot anytime soon. With so few people able to give him a challenge, WWE has been been forced to resort to some different ways of thinking, and that was on display again.

During this week’s edition of SmackDown, WWE official Adam Pearce became the new #1 contender to Reigns’ title by winning a gauntlet match. Pearce, who had not wrestled a match in six years, was the final entrant and was attacked by Reigns, who put Pearce on top of an unconscious Shinsuke Nakamura to win the match. Although he has never wrestled in WWE before, Pearce is a former five time NWA World Champion with a combined 1000+ days as champion.

Opinion: I’m curious to see where this is going and there is a good chance that the match is changed around, but they certainly deserve points for finding a way to not burn through big matches. If nothing else though, this is the same Reigns who defended the Universal Title against Jey Uso at back to back pay per views. WWE knows how to mix things up a bit with him so maybe we are seeing it again at the Royal Rumble. 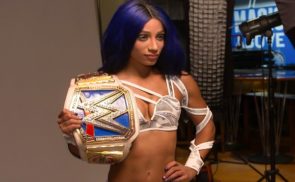 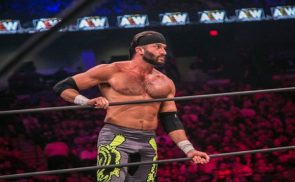