Well at least he’s becoming a star. If there is one thing that a lot of WWE fans will agree on, it is Roman Reigns being the top star in WWE. He has been around for a long time now and WWE has spent a good amount of time trying to make him into the biggest deal in the company. Your mileage on his success may vary, but now he is getting a little more mainstream attention.

Wrestling and acting have gone hand in hand since the sport became big. Wrestlers are tasked with making sure that people believe what they are saying is real and as a result, they receive quite a few acting roles from time to time. With online media having exploded over the last few years, those roles have picked up. That is the case again with Reigns, whose acting resume is getting another line.

According to 411mania.com, Reigns will be appearing in the new Netflix comedy The Wrong Missy. The film stars David Spade as a man who accidentally invites the wrong woman on a trip to Hawaii. It is scheduled to be released to Netflix on May 13. Reigns has dabbled in acting before, including appearing with his cousin the Rock in the action film Hobbs And Shaw.

It’s another step. Check out the trailer for the film:

Opinion: Reigns is someone who could have a future in acting, even if it isn’t as a top star. He is big, muscular, has a charisma to him and comes in with star power due to his wrestling career. I have no idea if it is something he wants to do but even a small part in a movie like this could mean something for him. It certainly worked out well enough for his cousin so maybe it runs in the family.

Will Reigns be funny in the movie? Which wrestler would make the best actor? Let us know in the comments below. 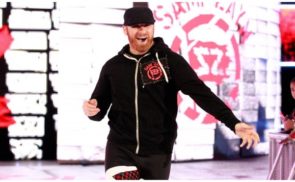 Why Sami Zayn Has Been Missing WWE TV