We’re finally up to some fresh storyline material here with the fallout from All-Star Extravaganza which took place nearly a month ago. Jay Lethal retained both his titles at the pay per view but the TV Title is on the line tonight against Watanabe. There’s another pay per view next week so things have to pick up in a hurry. Let’s get to it.

The commentary audio is notably lower this week as I can barely understand Kelly.

This is match #4 in a best of five series with ACH (from Texas, making him the crowd favorite) up 2-1. They shake hands to start but ACH holds up two fingers. The fans do a New Day style A-CH chant as they fight over a lockup to start. It’s time for some holds on the mat with neither guy being able to keep an advantage.

Sydal gets up and taunts ACH a bit which seems to get inside his head. ACH cartwheels out of a headscissors attempt and Sydal dropkicks him to the floor for a baseball slide. It’s time for the chops and therefore the WOO’s and therefore more audio issues. ACH grabs a headscissors of his own to take over, followed by a top rope double stomp to the back of the head (the Dum Dum Drop) for two.

We take a break and come back with ACH kicking Sydal in the face, only to dive into a spinwheel kick. Sydal gets two off something like Big Show’s Final Cut but ACH kicks him in the face again. A German suplex gets two on Matt, followed by a kick to the face and a Cross Rhodes for another near fall.

They hold up two fingers to each other for some gamesmanship but shake hands. Cue the Addiction and Chris Sabin to beat both guys down and clean house. Back from a break with the trio still in the ring with Kazarian yelling about how they weren’t defeated for their Tag Team Titles at All-Star Extravaganza.

It’s a good thing that they’re here in Texas because these people believe in justice. Not bathing or education, but certainly justice. Daniels doesn’t like the idea of a third man coming to the ring in a red mask and stealing Chris Sabin’s idea. They were never pinned or beaten and therefore they’re still the Tag Team Champions.

Daniels demands that the Kingdom comes out here and hand over the titles but it’s the All Night Express (Kenny King/Rhett Titus, who reunited at the pay per view) instead. King doesn’t want to hear about the Addiction’s complaints because the Express never lost their Tag Team Titles three years ago. They were only defeated by a bureaucracy and the Addiction can get some anytime.

Addiction vs. All Night Express is announced for next week.

Here are Silas Young and the Beer City Bruiser (a large man who carries a beer keg) with Dalton Castle’s boys, who Young won at All-Star Extravaganza. Silas yells at them for their ring attire and it’s time for a match.

Bruiser runs both of them over in the corner and suplexes both Boys at the same time. They avoid a top rope splash though and the Boys try to ride Bruiser, only to be destroyed by Silas. Misery is enough to pin one of the Boys at 1:40.

Truth Martini and Jay Lethal talk about Watanabe learning English. Tonight he learns how to say Jay Lethal is the best wrestler in the world.

Inside ROH focuses on Adam Cole costing Kyle O’Reilly the World Title. ReDRagon promises revenge on Cole because he decided to chase the dragon. Cole’s reply says that he’s the next guy instead of Kyle. What Kyle is going to learn is that he’s just a lesser Adam Cole.

We’ll hear from the Kingdom next week.

Lethal is defending but uses the handshake to get in a cheap shot to take over early. Watanabe charges into a boot in the corner and gets elbowed in the face a few times, only to charge into a slam for two. A  backsplash gets two for Watanabe but Truth Martini trips him up, allowing Jay to nail three straight suicide dives. We take a break and come back with Lethal getting two off a suplex.

Off to the chinlock from the champion followed by some knees to the face. A kick to Watanabe’s face gets two and Lethal goes Kevin Owens by loading up something big and then putting on a chinlock. Watanabe fights back and whips Jay hard across the ring before toss him away with a German suplex. The Lethal Injection is blocked and a big clothesline gets two. Martin throws in the Book of Truth, allowing Lethal to kick Watanabe low. The Lethal Injection retains the title at 12:28.

The fans remind Lethal that AJ Styles is coming for the title to end the show. 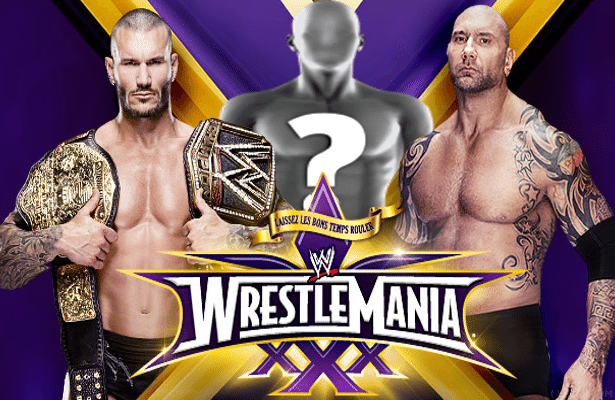 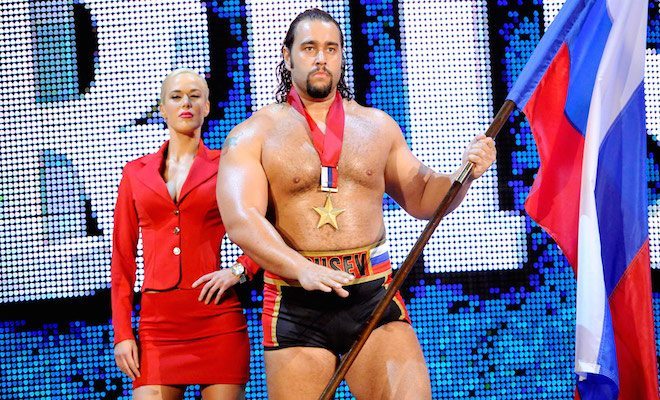 Rusev and Lana May Suffer Backlash for Their Engagement Going Public