We’re now past Death Before Dishonor but TV has yet to catch up with the results. Last week was a special historical show as Ring of Honor hit two hundred episodes, leaving only an eight person tag for new wrestling. It should be interesting to see where things go tonight as we get closer to All Star Extravaganza. Let’s get to it.

Taven and Bennett’s IWGP Tag Team Titles aren’t on the line. The jobbers (as named by the fans) get superkicked to start and Maria jumps in on commentary. Taven and Bennett destroy the guys on the floor with Bennett getting in a fan’s face as he chants LET’S GO JOBBERS. They settle down in the ring with Gresham getting in a few shots until Taven kicks him in the ribs.

Gresham dives through the legs for a tag to Hollis, who comes in off a double missile dropkick. It doesn’t last long though as a superkick sends Hollis into a spear from Taven for two with Gresham making the save. Bennett is thrown into the ropes for a snap German suplex, only to have Taven springboard in with a kick to the face. Hail Mary (Maria’s real name and a spike piledriver) ends Hollis at 4:27.

Caprice Coleman vs. Bob Evans vs. Silas Young vs. Cheeseburger vs. Moose vs. Dalton Castle

Prince Nana comes out for commentary to watch Moose, his protege. This is one fall to a finish and going to the floor is as good as a tag. The fans favor Castle before things get going. Castle and Moose start but Evans and Cheeseburger tag in before anything can happen.

Evans tags out to Silas out of the fear of Cheeseburger as we’re still waiting on contact. Silas wins a test of strength on the tiny Cheeseburger but he rolls away and elbows Silas in the ribs to take over. As Kelly explains the Cheeseburger name, Silas throws Cheeseburger to the floor, meaning Coleman can come in legally and take a shoulder block.

We take a break and come back with Moose splashing Young in the corner. Coleman hurricanranas Young off the top but Evans shoves him out to the floor. More people are shoved out until it’s Castle and Silas left alone, only to have Castle take too much time strutting and get nailed in the back of the head.

Castle slaps on a chinlock but Dalton’s boys wave him back to his feet. A quick suplex puts Young down but Evans tags himself in, only to walk into a backdrop from Dalton. Off to Moose to clean house, including throwing Cheeseburger onto Evans, allowing Coleman to hit a flip dive onto both of them. Young breaks up a Moose dive but we do get Moose dropkicking Young off the top.

Now we get a flip dive from Moose and almost everyone is down. Dalton breaks up a spear to Cheeseburger and it’s time for the parade of secondary finishers. Castle muscles Moose over in a delayed German suplex to freak out Prince Nana. Evans rolls up Moose and puts his feet on the ropes until Cheeseburger makes the save, leaving Moose to spear Evans down for the pin at 13:10.

Here’s the Decade with something to say. BJ Whitmer talks about Colby Corino becoming a man right in front of the fans’ eyes, which means he has more heart than anyone in the locker room or even at ringside (with a sneer at King Corino). Whitmer praises Colby for how close he came to beating Moose and War Machine (he was destroyed both times) and now sees him as his own son. BJ hopes that Colby sees him like the father he never had and tonight, Colby is getting a gift. Tonight, Colby gets to have a gauntlet match against four guys from the last tryout camp.

Colby’s four opponents combine to weigh over 1,800 pounds and that’s too much for King Corino. King gets in the ring and takes off his tie but Whitmer says this isn’t going to make up for abandoning his son. He abandoned Colby, so how long will it be before he abandons his wife and baby son? Nigel McGuinness has to come out and break up the fight as we go to another break.

Back from a break with Nigel McGuinness on commentary in Corino’s place.

The fans are split here and Fish takes ACH down to the mat to start. ACH grabs a headlock to try to get back to his feet. A cartwheel into a moonsault sets up a dropkick to put Fish down in the corner as the battle of styles begins. A jump from the middle rope and swing around into a suplex gets two for ACH and Fish is sent to the floor where he avoids a dive as we take a break.

Back with ACH firing off some chops and both guys fire off kicks. ACH can’t follow up because of the work Fish did to his ribs during the break and Fish drops him with a fall away slam. Kelly: “We invite you to order the replay of Death Before Dishonor on ROHwrestling.com! Well, order it after this match!”

Fish goes back to the ribs but ACH Matrixes back to avoid a cross body. Fish bails to the floor, allowing ACH to hit a sweet looking shooting star plancha. ACH hurts his knee coming back in off the top but is still able to kick Fish with the good leg for two. The 450 hits knees to bang up the ribs again and Fish goes to the two injured body parts. The Fish Hook knee bar has ACH in trouble but he bridges back into a rollup to make Fish break the hold. ACH gets kicked down on top though and a top rope falcon’s arrow gives Fish the pin at 12:55. 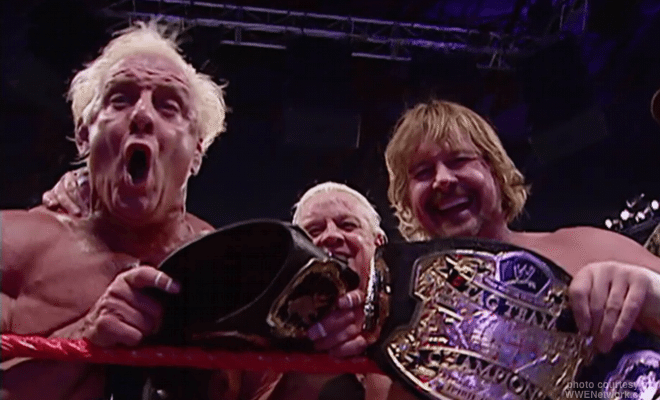 Ric Flair Comments on the Passing of “Rowdy” Roddy Piper 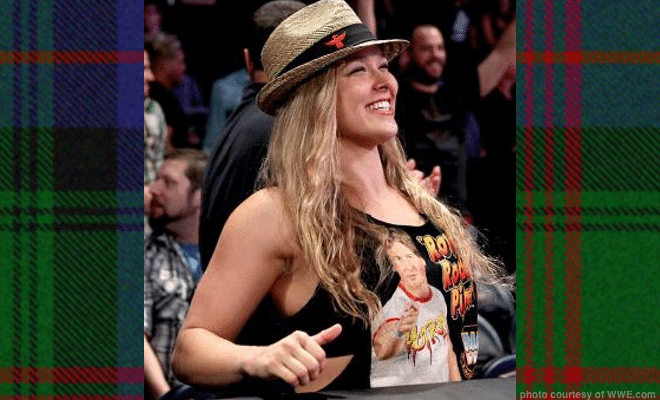