Another week and another show that is likely going to be little more than a filler as we wait for the fallout from Best in the World. The best thing I can say about that is we don’t need to see as much of the bad storytelling that takes place around here when they get away from what they do best. Hopefully the good wrestling can carry the week around here so let’s get to it.

TK O’Ryan and Vinny Marseglia for the Kingdom here and Brian Milonas is now Brawler Milonas. O’Ryan runs away from Brawler to start and gets sent into the buckle over and over for his efforts. A missed charge lets O’Ryan hit a running dropkick in the corner but Brawler falls on him for a clever spot. Bruiser comes in and punches at Marseglia, followed by doing the same to O’Ryan, with the fans being rather pleased. A little fish hooking gets Marseglia out of trouble but Bruiser bites his way to freedom. Well kind of as he has no teeth you see.

Everything breaks down and Bruiser hits a running flip dive to take them both down. The Kingdom gets smart and sends him into the barricade though and we take a break. Back with Bruiser getting the rope kicked into his face as the fans chant for beer. Bruiser isn’t going up for a double flapjack so he grabs a double side slam instead. That’s enough for the tag to Milonas but Closing Time is countered with a grab of Milonas’ leg, allowing O’Ryan to fall on top for the pin at 10:32.

Post match the Bouncers bring in some beer (with Bruiser holding one to his injured mouth) and the Kingdom puts them over. They’re a good team, but they’re also fat and worthless like everyone here. The beer is poured out in an act of disrespect.

Matt Taven says beware of the quiet man, who he’s facing tonight in Tracy Williams. At the same time, Williams needs to worry about the World Champion. That’s true, as he might have to watch Taven.

Williams says this is the biggest match of his career and Taven better have enjoyed his time as champion.

Johnson says Woods hasn’t done anything since winning the Top Prospect Tournament and Woods doesn’t like being called out like that. Woods drives him into the corner with no trouble and grabs a waistlock to mess with Johnson some more. An overhead belly to belly (Johnson: “NO! NO! NO!” Cabana: “I think the answer is yes.”) sends Johnson flying but he avoids a charge to send Woods into the post.

Back from a break with Woods fighting out of a chinlock but getting taken down by his banged up arm. The armbar is broken up with some right hands and a knee to the ribs starts the comeback. Johnson kicks the knee out though and Woods falls face first onto Johnson’s knee for a nice little spot, which they managed to make look natural. Not that it matters as Woods hits a knee to the face and the Seismic Toss for the pin at 8:18.

We look back at Williams becoming the #1 contender.

Taven is defending, Jay Lethal is on commentary and the Kingdom is barred from ringside. Lethal is rather frustrated at Taven’s jabs at him for losing the title as Williams takes Taven down by the arm. Taven wrestles his way up and we take an early break. Back with Williams working on the leg and grabbing an ankle lock to send Taven over to the rope. Something like an Angle Slam plants Williams and Taven charges into a boot in the corner.

They head to the floor with Taven whipping him hard into the steps as the brawling goes badly for Williams in a logical move. Hang on though as Taven grabs the title and goes to leave. You don’t do that to a guy named Hot Sauce as Williams goes after him and sends the champ into various things. Williams hits a running ax handle off the apron and it’s back into the ring.

Taven catches him on top and hits kind of a super Russian legsweep onto the apron for a major crash. Back from another break with Williams missing a top rope double stomp but grabbing a sleeper instead. That’s broken up and an enziguri rocks Williams again but he shoves Taven off the top. A top rope DDT gives Williams two and they’re both down. It’s Taven up first with a hard knee to the face for another double knockdown.

One heck of a clothesline from Williams sets up the Crossface and that looked like a tap. Of course it’s not though so Williams switches to an ankle lock. The rope is grabbed and Taven hits another knee. The Climax connects for two in a false finish and Williams’ piledriver, with one arm, gets the same. With nothing else working, Taven sends Williams into the referee and drives the bad arm into a turnbuckle he exposed during the break. Now the Climax can retain at 16:44. 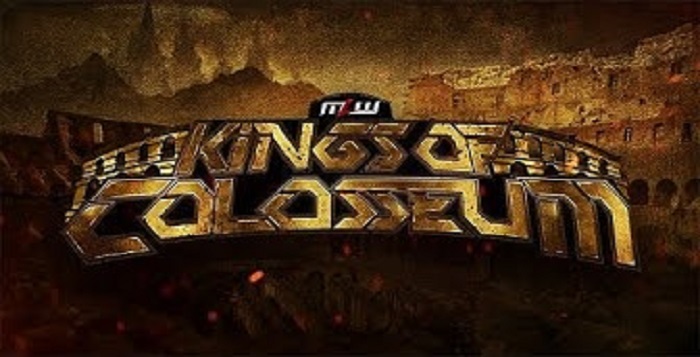