We’re onto the Final Ball Fallout shows, meaning I should probably watch Final Battle at some point. At least we get some fresh content this week, but I’m not sure what to expect from everything else going on. Hopefully things pick up a bit in the new year, but I’m not sure I would get my hopes up. Let’s get to it.

We look at PCO winning the World Title at Final Battle.

The announcers recap Final Battle and hype up tonight’s show.

Here’s Villain Enterprises so PCO can get in his first address as the World Champion. The fact that Marty Scurll has yet to win the title but PCO has is mind boggling. Scurll praises PCO for wrestling longer than he has even been alive and finally achieving the destiny. PCO thanks the fans for believing in him but we’re clipped to Rush popping up on screen to say he’s coming for the title.

Rush has his own friends now, with Kenny King (including Amy Rose) and Dragon Lee, who get their own jerseys as part of La Faction Ingobernable. PC says he isn’t giving the title back because they are Villain Enterprises.

PJ Black and Josh Woods are in the back when Silas Young comes in. Black wants to be a Real Man and suggests that his student could beat Young’s student. Brian Johnson passes by so Young says go train him. The match seems to be made.

Draper headlocks him to start so Ali slips out and tries a shoulder block. An armdrag takes Draper down and hits a belly to back suplex as we take a break. Back with Draper hitting a delayed gutwrench suplex so the cockiness can get cranked up. Ali chops away and flips out of a belly to back suplex, setting up a release northern lights suplex. There’s a side kick and a running splash in the corner, setting up a running basement dropkick to rock Draper again. A Doctor Bomb gets two on Draper but he winds up on the apron and nails a springboard back elbow. The Magnum KO finishes Ali at 7:24.

We look at the wacky tag match from Unauthorized with a wrestling referee and Ian dropping a top rope elbow. Brian Johnson took the pin and seemed rather humiliated.

We look at Jay Lethal and Jonathan Gresham cheating to win the Tag Team Titles at Final Battle.

Gresham and Lethal are rather pleased. Lethal is sorry that it took him so long to see that Gresham was right. No one gets punished for what they do around here so he might as well cheat and enjoy the success. Gresham wants to remake the company in their image.

Brian Zane from Wrestling With Wregret gives us his top five Final Battle 2019 moments, with all of the new champions at the top of the list.

Scurll spins out of Cobb’s wristlock to start and makes the mistake of trying a shoulder. A dropkick puts Scurll down and it’s Maff coming in to miss the big elbow. Scurll slaps him on the top of the bald head and then runs away from the threat of violence. PCO comes in instead and the fans are rather pleased with the change. The staredown sets up the double suplex to drop the Villains but Scurll is right back with a cheap shot to Matt to take over.

Maff is so annoyed that he doesn’t see PCO coming from behind with a dropkick. Scurll gets thrown down though and Cobb elbows him in the face for a bonus. An overhead suplex sends Scurll flying for two and the standing moonsault is good for the same as we take a break. Back with Maff press slamming Scurll and driving PCO into the corner. The Cannonball crushes PCO and Maff drops a splash for two.

PCO gets taken into the corner for some chops but fights out with some rather slow punches to both of them. A double clothesline gets PCO out of trouble and it’s Scurll coming in to chop/strike away. Scurll DDTs both of them out of the corner and backdrops PCO onto Maff on the floor. A Boston crab/middle rope legdrop to the back of Cobb’s neck gets two and a suplex is good for the same. Scurll dives into a cutter from Maff though and he even mocks the bird pose before another cutter gets another two.

The French Canadian Destroyer gets two on Maff. PCO’s Cannonball gets two on Maff and a flip dive through the ropes knocks Cobb down again. Scurll tries his own dive but walks into the spear from Maff. That means a big dive from Maff, which doesn’t seem to hut PCO. The Swanton to the apron only hits apron and PCO is done again. Back in and Scurll small packages Maff for the pin at 15:16. 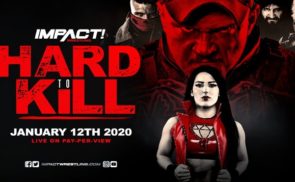