We’re still building towards…whatever it is that we’re building towards these days. I’m sure there is going to be something about the NWA invasion, which is better than nothing for a major story. I’m not sure what all that is going to entail on the show but hopefully we get something fun out of it. Let’s get to it.

Quick preview from the hosts.

Joe Hendry and Dalton Castle have a meeting about how to solve their problems. The solution: win more matches. And get Dalton some better soup.

Hendry takes Master down with an early wristlock but it’s back up so they both miss some kicks to the head. Master’s hurricanrana works well enough but he has to slip out of a fall away slam to send us to a break. Back with Castle vs. Machine with Castle wrestling him down and scoring with a suplex.

The chinlock doesn’t last long but Machine has to get out of a Bang A Rang attempt. Master puts him down and belly to back suplexes Master into a moonsault. A double stomp into an elbow gets two on Castle but it’s off to Hendry in a hurry. Hendry’s delayed vertical suplex connects for two and it’s already back to Castle for a chinlock. Make that a chinlock from Hendry, followed by a suplex from Castle.

Master gets in a kick to the head though and it’s Machine coming back in to pick up the pace. Castle and Hendry get beaten up, including a spinebuster to Castle and a spear to Hendry. The Skywalker Elbow gets two on Hendry but he’s right back up with a double fall away slam. Everything breaks down and Master is shoved into a Codebreaker, setting up the reverse Sling Blade for the pin at 10:45.

Video on Brian Johnson not wanting to listen to PJ Black but agreeing to team with him anyway.

Come to these shows!

Danhausen dances to start and gets taken down into an armbar for his efforts. Titus shrugs off a chokeslam attempt but he makes the mistake of swearing, which is NOT ok with Danhausen! He holds up a swear/teeth jar to Titus as we take a break. Back with a running dropkick putting Titus on the floor but a slingshot dive is countered into a northern lights suplex for two.

Titus hits a running boot in the corner and shouts about Kenny King, setting up a reverse over the shoulder backbreaker. A splash misses in the corner though and Danhausen hits a slingshot German suplex. That means he can pour the teeth on Titus’ face so Titus is right back with a dropkick (Ian: “Only Okada gets higher!”) for the pin at 7:39.

The Bouncers are on commentary and we actually get some handshakes before the bell. Haskins kicks at Cobb’s legs to start before going with the tried and true jump on his back method. That goes as far as you would expect and we take a break. Back with Mark Briscoe slugging away at Cobb before handing it off to Williams for the same. Haskins works on Cobb’s arm with a bunch of stomps but Jay tags himself in to stomp away in the corner.

The Briscoes clothesline Cobb down but Williams tags himself in, much to Tracy’s annoyance. Jay does the same thing and it’s time for the big uppercuts. A slap to Haskins’ face counts as a tag and it’s Mark vs. Mark for the slugout. Cobb uses the distraction to run them over and it’s Maff coming in to clean house. Everything breaks down and we take another break.

Back with Maff sending people to the floor for a big dive. Cobb’s spinning belly to back suplex into Maff’s backsplash gets two on Williams with Haskins making the save. Lifeblood double teams Maff for their own two but it just wakes him up to chop away at everyone. A kick to the leg sets up an ankle lock to Maff with Haskins stomping away at the same time.

The Froggy Bow breaks it up and it’s time for the parade of people hitting each other in the face. Redneck Boogie gets two on Williams but he’s back up with a Death Valley Driver to Mark Briscoe. The Crossface goes on until Jay powerbombs Haskins onto them for the save. The Jay Driller finishes Haskins at 12:34. 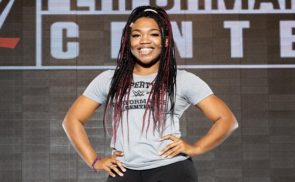 That’s Some Good News: A Recent WWE Signing Is Getting Them Some Positive Mainstream Attention

BREAKING: Get Your Calendars Ready: Location Announced For WrestleMania 37