I don’t know how either but somehow we’re still waiting to get to the post Supercard shows. I know it wasn’t the best night in the world for the company but egads man get on to something new already. It’s another night of one off matches that aren’t likely to mean much but that’s how things go around here these days. Let’s get to it.

King is the hometown boy and Williams is coming in with a bad shoulder. They start slowly as the announcers ignore the match to talk about the Crockett Cup. King picks up the pace and rolls over to grab a headlock, which is reversed into one from Williams. A takedown puts King on the mat and we take an early break. Back with a standoff as the even match continues.

Williams takes him down and starts in on the arm as the announcers argue about handshakes in wrestling. King grabs the referee for a distraction and crotches Williams on top. That’s about it for the offense at the moment though as Williams knocks him off the apron. King jumps onto the apron and corkscrews off to take Williams down.

Back in and a butterfly suplex gives King two as Aldis continues to break down a match like no one else in a very long time. King takes him up top but gets caught in a DDT onto the top rope (that’s a new one). A Death Valley Driver gives Williams two and we take another break. We come back with Williams not being able to get the Crossface, allowing King to grab a Last Chancery.

With that broken up, King kicks him in the head and then the ribs for two, which Aldis says is making Williams bend the knee. King grabs a rollup and a rope for two and it’s time for the chops to fire Williams up. The Royal Flush is countered into a small package for two and a fisherman’s buster gets the same. Williams tries a high crossbody but gets pulled out of the air, setting up the Royal Flush for the pin at 19:18.

We recap Bandido vs. PJ Black II. The original match caused Black to see the error of his ways and is a reason why he joined Lifeblood. Tonight he’s ready to show everyone what the good Black can do.

Video on Nick Aldis vs. Marty Scurll for the NWA World Title at the Crockett Cup.

Milonas and Adam Thornstowe start things off with Adam bouncing off the huge shoulder. The bigger Luster the Legend comes in to try his luck and gets slammed down without much effort. Bruiser hits a running crossbody to set up the snap jabs as the beating continues.

Scum goes with some double forearms to the back to take over for the first time. A double slam sets up a falling headbutt to give Luster two and we hit the bearhug. The missed charge sends Luster shoulder first into the post and the tag brings in Milonas to a rather tepid reaction. Thornstowe gets caught in Closing Time for the pin at 4:57.

They grapple to the mat to start with Bandido going after the leg. Back up and it’s a standoff with Black shooting an invisible arrow at Bandido. A shoulder just makes Bandido nip up, followed by a handstand nip up to get in Black’s head. Black misses an elbow and Bandido freezes him with the finger gun. A dropkick puts Black on the floor but he’s right back in for a crucifix driver as we take a break.

We come back with Bandido kicking him in the head to block a dive, setting up a heck of a moonsault to the floor. The Cannonball hits the barricade though and it’s time to head back inside for a slugout. Back in and Black gets crotched on top but manages to roll through a super hurricanrana into a Styles Clash for his own near fall.

A pumphandle into a cutter (the Wellness Policy) gives Black two but Bandido rolls over and deadlifting Black into a piledriver (with Black’s head landing on Bandido’s leg). Back from another break with Black hitting a moonsault press for two but running into a Spanish Fly for two more.

Bandido charges into raised boots though and a top rope double stomp to a standing Bandido gets two. Black gets caught on top for a super Spanish Fly but the moonsault hits raised boots. A shot to the face rocks Black again though and the handspring bridging German suplex finishes Black at 15:21.

Post match they shake hands because Lifeblood is good that way.

Tenille Dashwood has been put through a table. Bully Ray pops up to say bad things happen to good people. People have been trying to figure out who attacked Dashwood six months ago and now we know. He’ll tell Lifeblood she says goodbye.

Elementary My Dear Monster. Lars Sullivan Takes Credit For An Unsolved Mystery (This Is Pretty Cool). 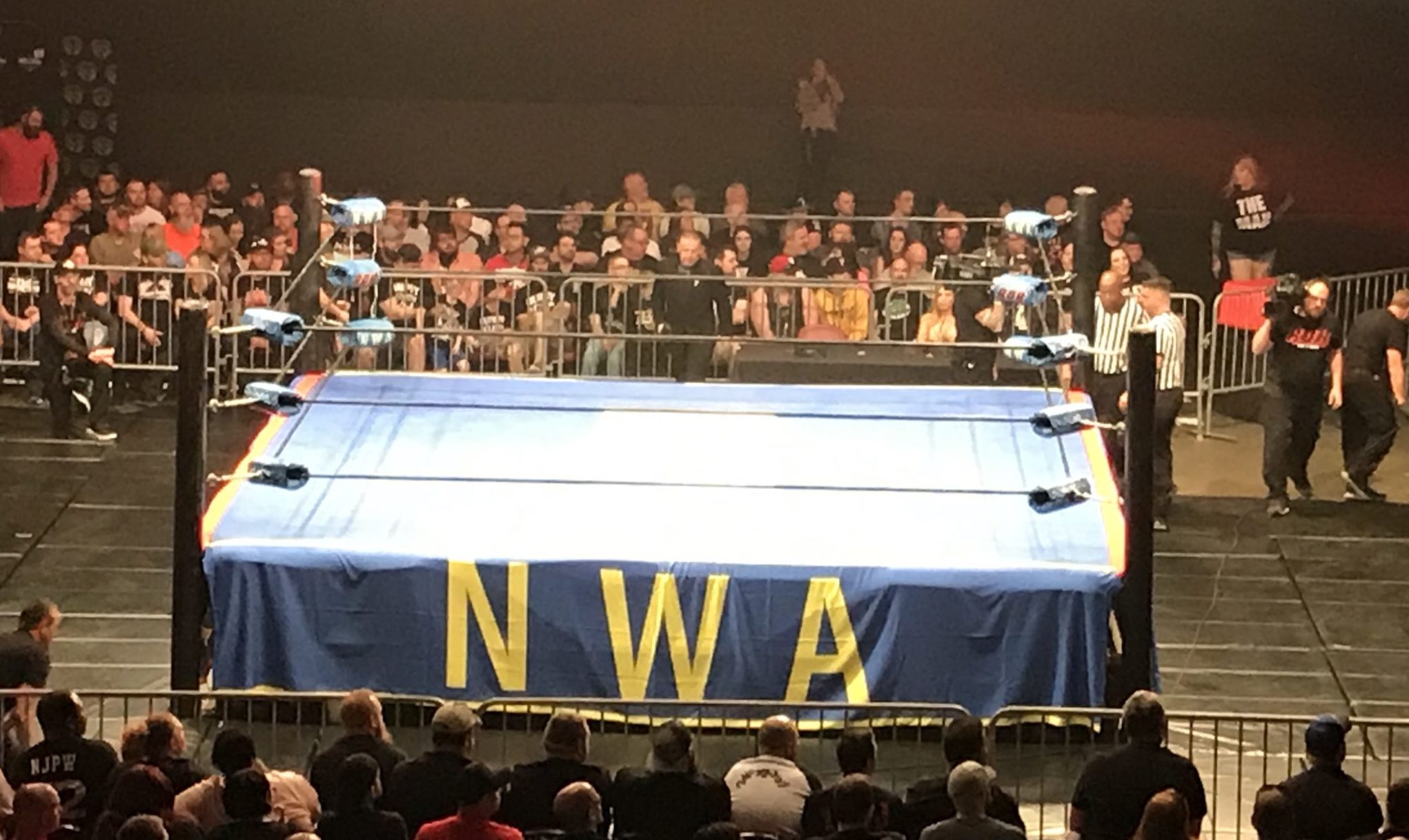