And yet, it gets worse. WWE has their hands in all kinds of things. This includes wrestling (of course), television, podcasts, the WWE network, movies, books and more, but one of the most obvious is video games, as fans would always want to play as their favorite wrestlers. That being said, games would be just like anything else WWE produces: sometimes they aren’t going to work, which certainly was the case here.

As it does every year, WWE released a video game in the fall, with 2019’s release of WWE 2K20 being the most recent offering. However, the game’s launch was a complete disaster with almost everything falling apart and the game being almost unplayable due to a series of glitches. Videos of the game’s glitches were all over the internet during the first few days of the release. That was a few months ago and now it has gone even worse.

According to Video Games Chronicle, WWE2K20 has crashed again following the start of the new year. Any attempt to enter into the game’s main menu sees the game crash, with the only solution being to reset the game’s internal clock to 2019. The issue was taking place on all platforms on which the game was offered. 2K, the company’s publisher, has since released a patch to fix the issue.

This issue has been resolved. Please make sure to restart your #WWE2K20 game to automatically download the fix. If you continue experiencing issues, please open a support ticket here: https://t.co/E9ETwypbuw. Thank you again for your patience!

This game may be cursed. Check out some of the amazing videos of the glitches:

Opinion: This is rapidly reaching a special place in WWE’s long history of disasters. The game, which cost quite a bit of money to purchase, was so broken that it wouldn’t even play in a new year? I know the patch was out in a hurry but how bad does WWE look for something like this? It’s true that there are a lot of other factors, but who do you think is going to get the blame for it from the masses?

How bad does this look for WWE? How can they fix it? Let us know in the comments below. 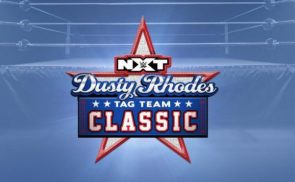 Let The Battle Begin: The Brackets For The 2020 Dusty Rhodes Tag Team Classic Are Set, With A First Time Unique Twist 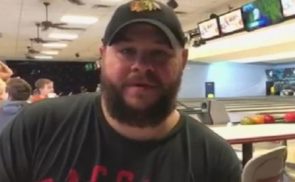 Funny Video: Please Don’t Be A Trend. Kevin Owens Accidentally Shoots Himself With A Confetti Gun In A Bad Place