That could be an explanation. When Roddy Piper was wrestling, he was told he was just acting. Then when he tried to get into acting, he was told he was just a wrestler. There is a weird relationship between the two industries and it can be rather frustrating to try and figure out the differences. Some have tried and the acting can keep them out of the ring for a bit. That seems to be the case again and it might explain something.

This past weekend, Cody was defeated by Brodie Lee for the TNT Title. The title change was surprising enough, but the real surprise was seeing Cody defeated in a completely dominant fashion, with Lee totally squashing him. After the match was over, Lee and the Dark Order beat him up even worse, including turning over his stretcher. It came out of nowhere, and now we might know why.

According tp PWInsider.com, Cody may have been written off AEW TV so he could participate in the filming of Heels, a Starz television series. This comes after series star Stephen Amell, who has worked with Cody in wrestling before, requested Cody to appear in the series. Heels is set to enter production in Georgia though there is no word on when the series will air.

Amell has wrestled before. Check out his time in the ring:

Opinion: This could be interesting as Cody has acted more than once before and the show could be a different look into the wrestling world. I’m not sure if Cody will have any input on the show’s scripts or setup but it is nice to see wrestlers involved in a show about wrestling. That can go a long way in helping the show feel authentic, which is certainly important in something like this.

What do you think of Cody’s acting? What should he do when he gets back? Let us know in the comments below. 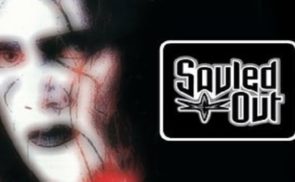 REVIEW: Souled Out 2000: Everything Changed