Welcome back more? As is the case with any other athlete, you never know when you might see a wrestler taken out of action in the blink of an eye. Sometimes people just get hurt no matter how well they are trained or how much experience that they have, as an injury can be instantaneous or be built up over time. It can lead to some great returns though, and now a recent one seems to be going better than expected.

SmackDown’s Drew McIntyre was put on the shelf on January 1 at WWE Day One when he was attacked by Happy Corbin and Madcap Moss. McIntyre returned to the ring at the Royal Rumble later than month, though reportedly on a lighter schedule. However, according to the Wrestling Observer Newsletter, McIntyre will be returning to the live event circuit starting this week. It is not clear how many many live events McIntyre will be working compared to his usual schedule.

Opinion: I’m glad that McIntyre is going to be around more often but I hope that he doesn’t try to rush back to a full time schedule too fast. Any injury is a bad thing, but a neck injury is one of the more serious problems that anyone can face. Hopefully McIntyre’s neck is back to full strength and he doesn’t have any more issues, but it should be fun to see McIntyre back at WrestleMania.

What do you think of McIntyre? What would you like to see him do at WrestleMania? Let us know in the comments below. 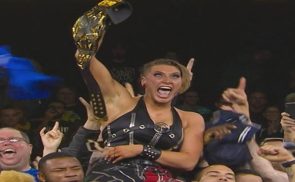 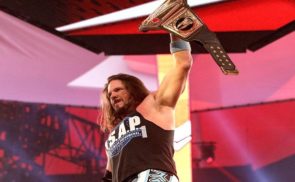 Update On AJ Styles’ New WWE Deal, Where He Stands Among Roster