The visuals matter. Titles are quite possibly the most important thing in all of wrestling. Almost all feuds in wrestling revolve around a title in one way or another and it’s for a very good reason. Titles symbolize the best wrestlers in the company and that is something valuable by definition. Some of the titles have become iconic based on their looks alone, and another may need to earn that status.

There are some titles in WWE that have been around for such a long time that they have become legendary, even if they might not have started in WWE. It might be due to the way that people have fought over the title before, but sometimes it is over how the title belt looks. Occasionally WWE will change the way their titles look, and they have done it again with an older title.

This week on Monday Night Raw, WWE unveiled a newly designed United States Title. The change marks the first major design change to the title since its inception in 2004. The new design features the words United States Champion above a golden eagle with red and white stripes under its wings. MVP unveiled the title and claimed to be the champion due to beating United States Champion Apollo Crews last week in a non-title match.

It’s a new way to go. Check out the new design being unveiled:

Opinion: I had to look at the title a few times to see that the word CHAMPION was actually a dark blue. Other than the name, the design doesn’t exactly scream America or patriotism or anything like that. If you’re going for the red white and blue, it might be a better idea to have some blue that pops out a little bit more. Then again WWE has shown that they don’t care much for the title over the last several years so why change now?

What do you think of the new design? How long will Crews hold it? Let us know in the comments below. 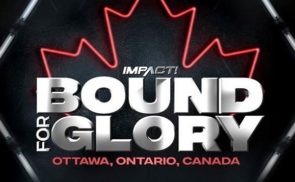 WWE Considering Another Event The Weekend After Summerslam