They might want someone else. NXT is a unique promotion as the show Is supposed to both stand on its own as well as develop new stars for Monday Night Raw and SmackDown. That can make for some tricky situations as stars are build up in short order and can be sent to the main roster in a hurry. It may be the case again, as WWE has its eye on another NXT star.

According to Fightful Select, there have been serious discussions about bringing Solo Sikoa up from NXT to the main roster. Sikoa is a member of the Anoa’i family, which includes Roman Reigns and the Usos, but it is not clear if he would be joining them should he be called up. There is no word on when this call up would take place, or if WWE has come to a final decision on moving Sikoa.

Opinion: I don’t think there is much of a surprise to WWE considering this as Sikoa is kind of perfect to bring up to the main roster. He has the look and could easily be put into the Bloodline, or he could do something on his own. At the end of the day though, it would be a little strange to have someone who looks so much like the Usos being completely separate from them. The talent is there though and that is what matters.

What do you think of Sikoa? How would he do on the main roster? Let us know in the comments below. 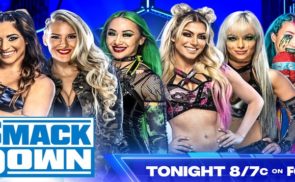 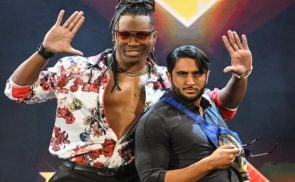