Get the star ready. Professional wrestling and celebrities have gone together for years and that will always be the case. Wrestling lives in its own universe and it can be interesting to see someone famous come into that world and see what happens. WWE has certainly done this kind of thing as much as any other promotion over the years and now they are trying to do it again.

Jerry Lawler was a guest on the On With Mario Lopez podcast where Mario Lopez mentioned that he had been in contact with WWE over getting in the ring for some sort of angle. Lawler encouraged Lopez to work with WWE, citing Bad Bunny’s recent success in the ring. Lopez seemed interested in working with WWE but did not say if he was going to agree. Lopez is best known for his role of AC Slater, a high school wrestler, on Saved By The Bell.

Opinion: This is the kind of thing that could work out well as a comedy angle and I can’t imagine it being anything else. Saved By The Bell, including the modern continuation of the series, which features Lopez, airs on Peacock and it would make sense to do something for the sake of some cross promotion. I know a lot of wrestlers are not going to be thrilled, but at least it is an idea that could work.

What do you think of Lopez coming in? Who is your favorite celebrity in wrestling? Let us know in the comments below. 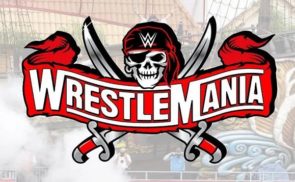 Why A Major WrestleMania Moment Did Not Take Place

Former WWE Star Explains How To Talk To Vince McMahon