One More For The Lineup. AEW Signs Another International Star You Probably Know.

Another country represented. With less than three weeks to go before AEW’s debut event Double Or Nothing, the company’s roster continues to grow. One thing they have done very well so far is sign up all kinds of talent from around the world with a variety of places represented. That’s the case again, as the company has signed another international talent to the roster.

According to Pro Wrestling Sheet, AEW has signed South African wrestler Angelico, with the signing being announced soon. Angelico is best known for his time with Lucha Underground though he has since moved to England and also worked with AAA. WWE was also interested in signing Angelico to NXT but did not want to get into a bidding war with AEW over signing him.

I know it’s the common video shown but it’s his signature moment. Check out this crazy spot (well worth seeing if you have seen it before or not): 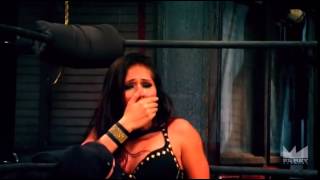 Opinion: That’s quite the signing for the company as Angelico is a rather tall and lanky performer who can work a very athletic style. He was an entertaining star in Lucha Underground and it could be interesting to see where things go in AEW. Angelico might not be a top star but he could be one who helps build up some other stars on the roster, which is quite the important role.

What do you think of Angelico? Who do you want to see him face in AEW? Let us know in the comments below.

(Video): One More For Developmental. Another NXT Name To Miss Time With Severe Injury.