I don’t think he’s happy. Wrestlers are a weird breed as they can leave the business but they are never going to really leave the industry. Every now and then they are going to pop up on a wrestling show or be interviewed about the goings on in wrestling, which may or may not be the most positive reactions. That seems to be the case at the moment, as a veteran wrestler is not thrilled with a modern story.

Earlier this week on Dynamite, Nyla Rose defeated Riho to become the new AEW Women’s Champion. This caused a bit of controversy as Rose is trans and was born a man before transitioning into a woman. She has wrestled for AEW since the beginning of the company and as you might have expected, some wrestlers and fans have not been comfortable with the situation. That was the case with a former Intercontinental Champion.

Val Venis took to Twitter on Friday to vent his complaints about Rose winning the title, along with the idea of NXT renaming its Women’s Title as the NXT Title and Tessa Blanchard becoming the Impact Wrestling World Champion. Venis said that if he identified as a dog, he could enter a dog show and win a title there before saying that if he is watching women’s wrestling, he expects to see “real” women wrestling. The Tweets are still up as of Sunday morning.

#WWE drops "Womens" from the WOMENS TITLE!#IMPACT makes a Women the World Heavyweight Champion#AEW makes a man the WOMENS CHAMPION!

WHO THE FUCK ARE THESE INSANE SOCIAL JUSTICE WARRIORS WITH PENCILS AND PAPERS RUINING THE INDUSTRY I LOVED SO MUCH?

Today I identify as a Great Dane. Gonna enter the Westminster dog show and win the XL Dog title. pic.twitter.com/WheDgVUPgr

The Soy Boy Social Justice Warriors and anti-women morons who have taken over the writers duties in pro wrestling have forced The Big Valbowski to adjust his catch phrase to better reflect reality. pic.twitter.com/fxSS5QS3Gw

The Big Valbowski is all pro women.

When I turn on the mind numbing boob-tube to watch two women wrestle for the championship, I expect to see REAL WOMEN wrestling.

Rose had a bit better week. Check out how she became AEW Women’s Champion:

Opinion: I’m not sure how many friends Venis is going to make with statements like this. Of course he is free to say whatever he wants to say and fans are allowed to disagree with him as well. Venis is out of the business now, but this isn’t exactly going to endear him to a lot of people still involved with it. Rose winning the title isn’t going to change because of what he says and AEW certainly seems to support her. 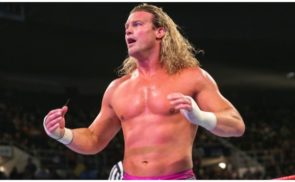 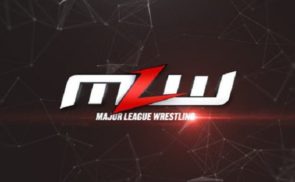