Believe it or not we have a bit of a special episode here, which will feature the Walter vs. Ilja Dragunov rematch from Takeover, albeit with some additional insight, which sounds like talking heads throughout. Other than that, the tournament to crown a new #1 contender to the Heritage Cup continues. Let’s get to it.

We open with a quick preview for the show.

Gradwell doesn’t think Wolfgang is much about heritage and calls him a deep fried yogurt. Round one begins with both of them taking their time, including Wolfgang scaring him into the corner. A test of strength goes to Wolfgang and he takes Gradwell down by the wrist. Wolfgang shoulders him out to the floor but they switch places and Gradwell nails a running elbow off the apron to put Wolfgang down. The count is beaten though and the round ends.

Round two begins with Wolfgang kneeing him in the ribs and uppercutting away with the second one getting two. Gradwell drives some shoulders into Wolfgang’s shoulder and puts on an armbar. That’s broken up as well with Wolfgang hitting a backdrop to bang up Gradwell’s ribs. Hold on though as Wolfgang just stands there, allowing Gradwell to bail outside to end the round safely. Round three begins with Wolfgang unloading in the corner but Gradwell gets in a shot with the knee brace. A running STO gives Gradwell the first fall at 24 seconds of the round (7:25 total) to put him up 1-0.

Round four begins with Wolfgang favoring his shoulder so Gradwell goes straight after the arm and cranks away. That’s broken up so Wolfgang can hammer away on the ribs in the corner. Wolfgang grabs a weird suplex swung into a cutter (that’s a new one) for the pin at 1:49 (9:52 total) to tie it up. Round five begins with Gradwell going after the arm and dropping Wolfgang with a discus forearm for two. The ribs give out on a fireman’s carry attempt though and Wolfgang spears him down for the win at 1:19 of the round (11:47 total).

Here are the semifinals:

Sid Scala announces that Davenport has been indefinitely suspended.

Video on Noam Dar vs. Kenny Williams in the Heritage Cup tournament.

Pretty Deadly defends the Tag Team Titles against the Coffey Brothers next week.

Gallus is excited and scare Jordan Devlin to make it better.

Primate hammers on Huxley to start so Huxley screams a lot and knocks him outside. Back in and it’s off to T-Bone, who gets caught in the wrong corner for some alternating beating. A belly to belly suplex sends Smith flying though and it’s Primate coming in to hammer away. Dennis’ swinging Rock Bottom is blocked though and it’s back to Carter to clean house. The numbers eventually get the better of him though and Primate sends him outside for a crash.

Back in and Dennis gets two, setting up T-Bone’s back to back backbreakers. A double stomp gets two but Carter comes out of the corner with a superkick. Huxley comes back in to wreck Dennis, including a top rope clothesline for two. Smith comes back in and gets sent face first into Dennis’ boots. Everything breaks down until we’re down to Carter vs. Primate. A missed charge into the corner sets up a doomsday cutter to finish Primate at 9:03.

Stevie Turner is ready to beat Meiko Satomura for the Women’s Title but Emilia McKenzie comes in to say she’ll be facing Turner first.

Pretty Deadly remembers when no one thought they could beat Gallus, until they did. Now it’s time to do it again.

With all that out of the way, here’s the UK Title match between Ilja Dragunov and Walter from Takeover 36. The match features some talking heads in kind of a mini commentary.

Walter is defending. They start a bit slowly until Dragunov takes him up against the rope for the chops. Walter isn’t happy and chases him into the corner but Dragunov ducks away again to increase the frustration. They go to the mat with Walter taking over off the power. Back up and Dragunov hits a running shoulder, followed by something like a World’s Strongest Slam to pull Walter out of the air. Another headlock takeover puts Walter down and Dragunov rips the bandage off his own stitched head.

Back up and Dragunov forearms away before catching Walter’s chop. Dragunov starts cranking on the arm until Walter lifts him up onto the top. The BIG chop finally connects to put Dragunov on the floor and the apron powerbomb puts Dragunov in real trouble for the first time. Back in and Walter sends him flying with a suplex, setting up the Boston crab. Walter switches into an STF and then something like a bully choke. That’s broken up so they chop it out until a sleeper from Walter.

Dragunov slips out and manages a backdrop, followed by the running clotheslines. The Constantine Special is countered into a swinging Rock Bottom to give Walter two. Another big chop drops Dragunov and the referee has to check on him. The big boot rocks Dragunov again but he manages to get back up for the slugout. Knees to the chest and backfists to the head rock Walter but he manages to lift him up into a fireman’s carry. That’s broken up as well and Dragunov knees him in the head.

Dragunov tries something but Walter knocks him out of the air and scores with the lariat for two. Back up again and Walter’s chop to the back makes me cringe. It fires Dragunov to his feet though and a clothesline drops Walter. The German suplex puts Walter down again but he’s back up with a chop to Dragunov’s destroyed chest. A kick to the head staggers Walter and something like a t-bone suplex gets two. Dragunov goes up and Walter begs off, but Dragunov shakes his head no and hits a top rope seated dropkick.

The backsplash sets up Torpedo Moscow but Walter reverses into a sleeper and a sleeper suplex drops Dragunov onto his head. He’s right back up with Torpedo Moscow to the back of the head and they’re both down. Torpedo Moscow connects again for two and they chop it out. A chop to the leg staggers Walter, who is back up with a big chop for two. Walter goes up and gets superplexed back down, setting up a missile dropkick to leave them both down again.

Walter hits his own dropkick into the powerbomb and the stacked up cover gets two. Another chop off goes to Walter, who smashes him with a running knee. Another powerbomb sets up the top rope splash for the next near fall and they’re both down again. Walter’s sleeper is countered again so he kicks Dragunov in the face. Dragunov staggers to the corner and hits a middle rope headbutt to drop Walter.

The hard elbows to the back of the head set up a sleeper on Walter, who climbs to the middle rope and….well they kind of fall backwards for the break. Dragunov elbows away even more and grabs another sleeper as Walter can’t get rid of him. Walter dropping back can’t break the hold and he’s in trouble. The hold is broken but Dragunov hammers away at the back and grabs another sleeper for the tap and the title at 22:08. 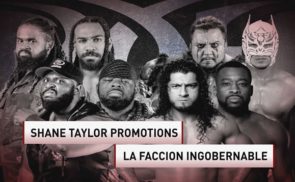 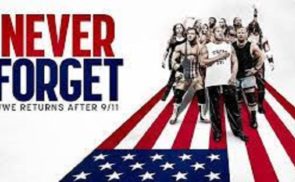