It’s time to go full British here as Sid Scala faces Kassius Ohno in a British Rounds match. This could make for something interesting while also giving this place a signature match, which it hasn’t had so far. I’m curious to see how WWE runs something like this as it could range from really bad to a pleasant surprise. Let’s get to it.

We open with a recap of Ohno defeating Scala on a moment’s notice, so Scala is now prepared and in a match of his choice.

Banks takes him straight into the corner for an early stomping and some running shots to the face to make it even worse. T-Bone uses the size advantage to crush Banks and damage the ribs, meaning it’s time to punch said ribs over and over. We hit the chinlock on Banks, followed by the slingshot suplex to get back to the ribs. Banks is fine enough to hit a knee to the floor, setting up the required suicide dive. T-Bone is right back with a German suplex out of the corner to counter the Slice of Heaven. Back up and T-Bone tries another suplex, only to get reversed into a small package to give Banks the pin at 4:35.

Toni Storm’s whereabouts aren’t clear yet but Gallus comes in to say this is their kingdom.

Keitel is from Ireland and has only been wrestling for two years. A waistlock just annoys Ripley so she sends Keitel into the corner. For some reason Keitel thinks it’s a good idea to slap Ripley in the face so it’s Riptide to finish Keitel at 1:25.

Post match Ripley says it’s time to get her NXT UK Women’s Title match. There is no one like her around here so here are Jinny and Jazzy Gabbert to interrupt. Jinny insults Rhea’s look, saying it all belongs in the past. The present is right here though so the brawl is on, with Rhea kicking Jazzy off the apron before anything can really start.

Trent Seven arrived earlier and Noam Dar annoyed him with a bullhorn. The fight almost started but referees broke it up.

The always serious Conners sends him into the corner to start and gets two off a hard clothesline. Williams gets his own two off a sunset flip before firing off some elbows to the face. A hard whip into the corner has Williams in trouble again as Conners talks to himself, which apparently is now his thing. Williams comes back with a jawbreaker and some chops, followed by the springboard back elbow to the face. A wheelbarrow faceplant gets two more with Conners rolling to the apron. Conners snaps the rope into Williams’ chest and Don’t Look Down is good for the pin at 5:12.

Video on Cesaro vs. Ilja Dragunov from Takeover. Cesaro says Dragunov brought it and you should keep watching him (Dragunov).

Oliver Carter is back for his first win next week. YEAH MAN (his words).

This is a British Rounds match, meaning we have six three minute rounds. You win with two pinfalls or submissions, one knockout, or being ahead on falls at the end of the final round. The fans are rather behind Sid here, even as Ohno takes him down by the arm. A headlock has Ohno in more control as Nigel has a ball listing off various British wrestlers of rounds fame. The chinlock keeps Scala down before it’s off to an ankle crank. Scala reverses into one of his own but the first round ends to break things up.

After a thirty second break, Scala starts the second round with a cravate but Ohno spins out to give us a standoff. Ohno starts cranking on both arms but Scala slips out again. A few rollups get two but the second round ends with a kickout. The third round begins with Ohno using the size to hold Scala down but some knees to the ribs get him out of trouble. That’s fine with Ohno, who hits the rolling elbow to earn the first fall at 1:30 of the third round.

Scala is rocked and can barely stand as round four begins, apparently with the other minute and a half being dropped due to the fall. Ohno slams him down and Scala has some trouble getting back up. That’s fine with Ohno, who grabs a cravate and drops a knee to keep Scala down. Scala slugs away but it’s another big forearm to put him down again. Ohno grabs another cravate and headbutts him to end the fourth round. Scala can barely get to his feet during the rest period so Ohno is very happy to start the fifth round.

The abdominal stretch goes on, followed by a chinlock but Scala comes back with some knees to the head. Back in and Ohno misses an elbow, followed by a backsplash hitting raised knees. Ohno is in trouble as the sixth and final round begins so Scala dives at him and hammers away in the corner. The size is just too much though and Ohno grabs a Regal roll for two.

The chinlock doesn’t last long so Ohno BLASTS him in the back of the head with a forearm. An electric chair is countered into a victory roll for two, followed by a crucifix for the same. Ohno kicks him in the head with twenty seconds left but gets caught in a backslide for two as time expires at 20:02 (counting the breaks so well done on keeping the time close), meaning Ohno wins one fall to nothing.

This was certainly different: 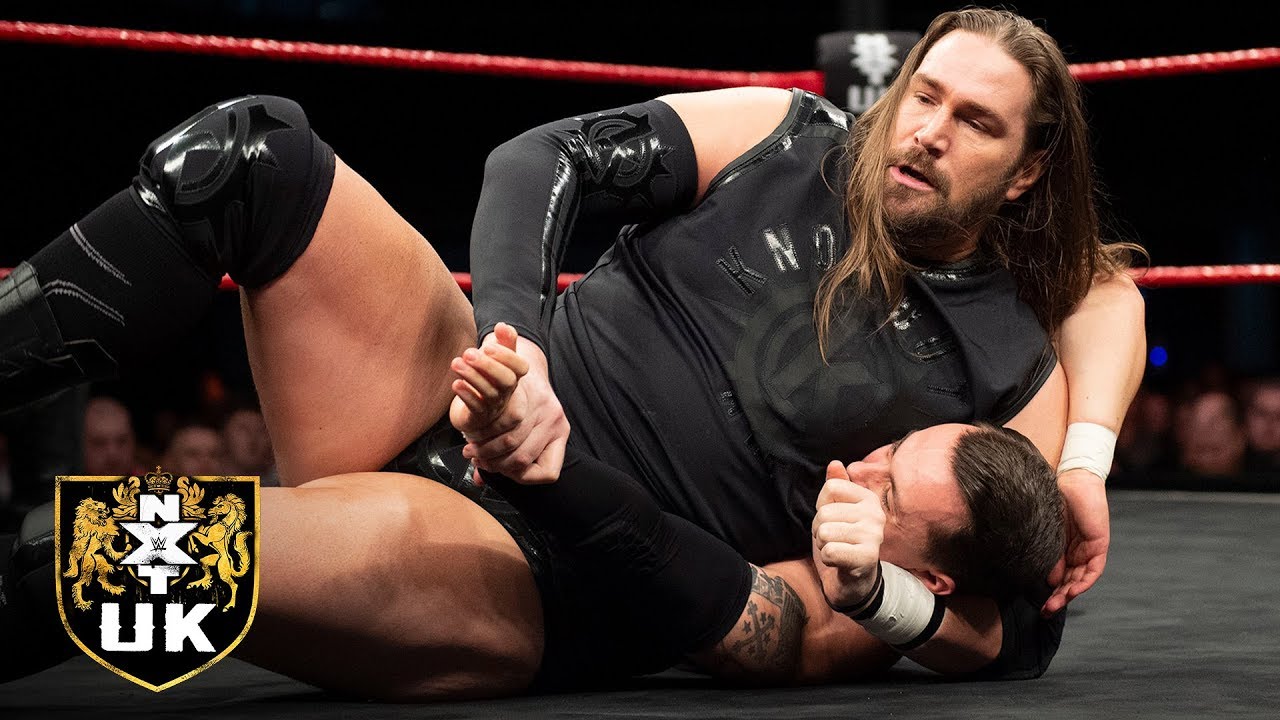 Scala is upset to end the show.