We’re still at the Download Festival and that means the crowd reactions are likely to be a little bit weaker again this time. The build towards Cardiff continues but it seems that we have to get through one more stand alone show before we get there. That’s understandable, but not the most thrilling thing in the world. Let’s get to it.

Sid Scala runs down the card.

Aichner shoves T-Bone down to start so T-Bone punches him from the mat. That earns him a powerslam and T-Bone stumbles over for a tag to Huxley. A spinebuster from Aichner and a kick to the face from Barthel has Huxley in trouble for a change. We hit the chinlock for a bit until a clothesline gets Huxley free, only to have the legal Aichner sneak around and pull T-Bone to the floor. With T-Bone down, it’s a powerbomb/middle rope European uppercut combination to finish Huxley at 4:53.

Travis Banks says his journey continues despite losing to Walter. His journey is just beginning.

Jinny says she doesn’t need Jazzy Gabbert to beat Xia but Jazzy doesn’t go anywhere. Brookside grabs a quick headlock before a crossbody gets two. A missed charge sends Jinny into the corner and Xia ties her in the Tree of Woe. That means a missed charge from Xia as well, allowing Jazzy to stare her down so Jinny can take over. Jazzy gets in a few shots of her own and Jinny pounds away for two. Brookside gets in a hurricanrana out of the corner but the referee gets knocked away. That’s enough for Gabbert to grab Brookside’s foot and Jinny pins her with a rollup at 4:35.

Imperium talks about taking out British Strong Style and only Trent Seven is left. Walter has accepted Trent’s challenge and promises to break his back.

Kenny Williams didn’t like washing the mud out of his mouth, but he’ll be ready to face Noam Dar next week. He’ll snap the wing that Dar has taken him under.

We look at Gallus defeating Dave Mastiff/The Hunt last week. After the show, Mastiff called out Joe Coffey but Gallus backed away.

Gallus says they tamed the wild animals and Joe is going to make Mastiff sit and heal.

Here’s Toni Storm for a chat. For a long time, she thought Kay Lee Ray was one of her best friends. She took Toni under her wing when she first got to the UK but now she’s not sure what happened to Ray. All Ray has to do is say when she wants her title shot and Toni will be ready….so here’s Ray to interrupt. She knows Toni is sick of her mind games so let’s do this right now. Eh or not actually. Ray is going to make Toni wait for Takeover: Cardiff but until then, she’s going to make Toni’s life a nightmare.

Fans to Ohno: “PLEASE DON’T EAT HIM!” Ohno grabs a cravate to take Andrews down for two but Andrews cartwheels his way to freedom. Some dropkicks and an armdrag send Ohno outside but the suicide dive is pulled out of the air. Ohno, while still carrying Andrews, pulls the padding off the hook that attaches the post to the buckle and drops Andrews hard onto it.

Back in and a legdrop gets two and we hit the quickly broken chinlock. Ohno chokes on the rope instead and it’s back to the mat where Ohno declares himself a wrestling genius. Ohno: “He can’t get out because he doesn’t know how!”. Something like an abdominal stretch with a neck crank sets up a backbreaker for two as Ohno is having fun picking him apart here. He even sits on Andrews in the corner before knocking him off the top to the floor in a heap.

A more serious Ohno follows him outside and hammers away while throwing more insults. Ohno takes too long getting back in though and it’s a trio of enziguris as he comes through the ropes. The big running flip dive into a hurricanrana has Ohno down on the floor. Back in and Ohno sneaks in a shot to the throat, followed by a forearm to the back of the head for two.

One heck of an electric chair faceplant gives Ohno two and you can see the frustration setting in. Ohno chops away and Andrews stares at him. A knee to the face doesn’t do much to Andrews, who snaps off a reverse hurricanrana for two of his own. Stundog Millionaire and a tornado DDT gets two but Fall to Piece is caught in a cravate. Ohno hits a cravate suplex of all things but Andrews grabs a victory roll for the pin at 13:06.

Andrews knows how to fly: 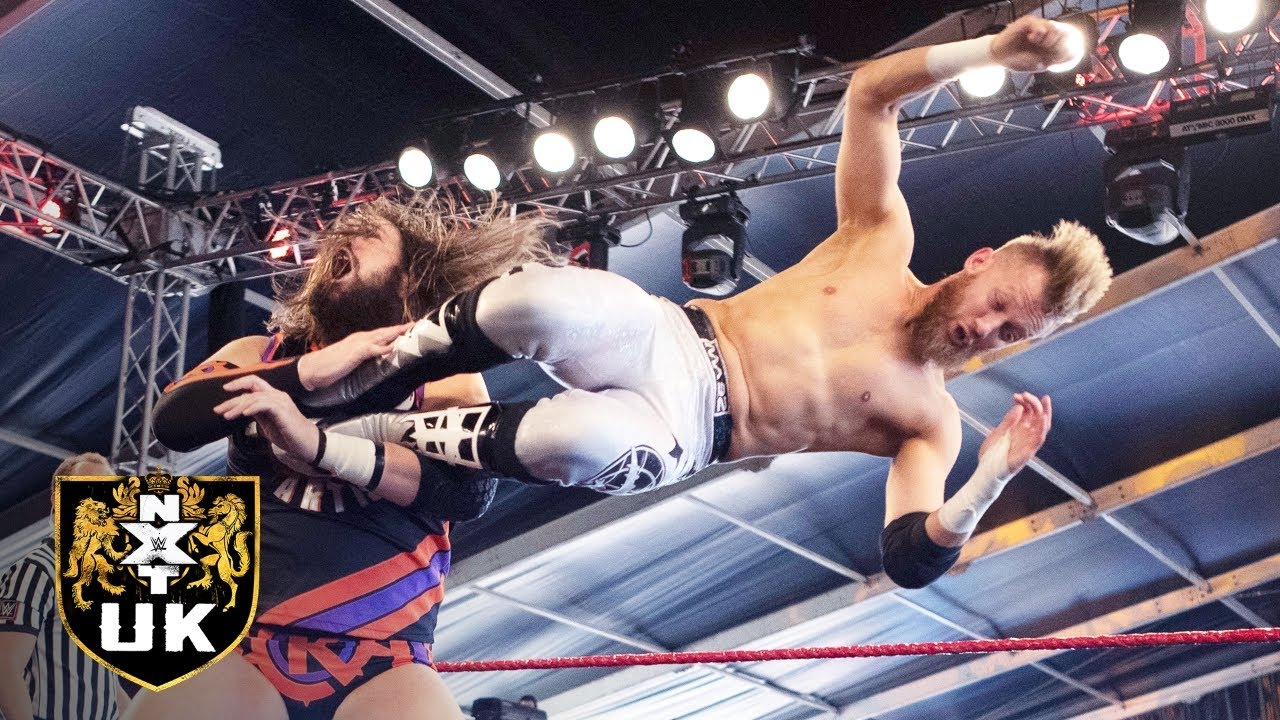 There’s One More To Go. What Happened Before And After This Week’s SmackDown Live?