NXT Takes A Step Back To Normalcy After Coronavirus Outbreak

A step in the right direction. The Coronavirus has changed the way everything works around the world and that is going to be the case for a long time to come. There are only so many things that can be done at the moment without severe precautions but various places are starting to move more towards a normal status. That is the case with WWE as well and they are making a slight recovery in one area.

WWE has a lot of different things going on inside their organization, including a huge training facility with the Performance Center. The building allows them to train their younger wrestlers like no other promotion has ever been able to do before, making them far more TV ready in a hurry. The Coronavirus took that away from WWE for a short time but now things have gotten a little better.

During the NXT Takeover 31 conference call, Triple H announced that the Performance Center was able to host training again after a Coronavirus outbreak. It was also made clear that this situation could change at any given time in the future. The main Performance Center is being renovated at the moment so the students have been training at a warehouse near the regular building.

The Performance Center is a heck of a facility. Check out what it offers WWE:

Opinion: It’s a rather minor victory but at least something has gotten a little bit closer to normal. NXT is a great addition to the WWE and it offers a lot more than just the weekly show. WWE made a huge investment in the Performance Center and without it, they would be a lot more limited than they are with everything. Hopefully the place stays open, but you never can tell given the current situation.

What is the best thing about the Performance Center? How much has it helped WWE? Let us know in the comments below. 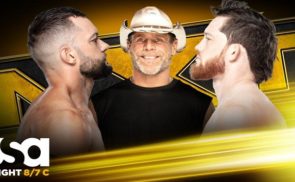