It’s that time again. There may not be a series of wrestling shows with the reputation of NXT: Takeover. The shows have hovered somewhere around great and often moved up to show of the year on a number of occasions. Saturday will see a milestone version with the thirtieth edition, but things aren’t as hot as they usually are. NXT has had that feeling before, but I’m not sure if they can shake it off this time. Hopefully I’m wrong though so let’s get to it.

This is for a future Tag Team Title shot, assuming you can remember who the Tag Team Champions even are at the moment. The tag division has taken some major hits over the last few months and this is the second straight Takeover without the titles being defended. I can’t say I’m overly surprised as Imperium aren’t the most thrilling challengers, but they need to do something sooner rather than later.

The winners get this:

I’ll take Burch and Lorcan to win here, as they haven’t been around much lately but it is going to be a little easier to take them seriously than Imperium. Throw in that they would give Imperium a better match than Breezango and this should be an easy pick. That is assuming they aren’t going to give the rest of Legado the titles to make all three members champions, which is certainly a possibility. Either way, I’ll take Lorcan and Burch with pretty minimal confidence.

This one hasn’t been all that thrilling so far as Kai seems dangerous, but not dangerous enough to be a real threat to win the title. It was like she needed something extra to boost her chances of winning the title, like someone who could give Shirai more of a run for her money. Maybe a monster enforcer who could be a physical threat to Shirai and who destro…yeah you get what I’m going for here. Raquel Gonzalez is back and Shirai could be in trouble.

This could be a problem:

I want to go with Kai here but I can’t bring myself to say it. Therefore I’ll take Shirai to retain, as Mercedes Martinez seems destined to be the next big threat to come after the title. Kai has been a heck of an even woman in recent months and throwing Gonzalez in helps a lot, but I don’t think it’s enough to get her the title. Considering how goofy and innocent Kai used to be, her transformation has been remarkable but it isn’t enough to get her to the promised land just yet.

Sometimes you need a good grudge match and that’s what we have here. This is also the kind of match that the show needed to help boost things up and hopefully that is what we are going to be getting. Balor and Thatcher both lost to Dexter Lumis in a North American Title qualifying match and Thatcher isn’t happy as he took the fall. He cost Balor his second chance match and here we are.

Give me Balor to win here, as somehow he needs to get back on track. At the same time, Thatcher is someone who needs his second big win as he has only defeated Matt Riddle in the cage match. That being said, Balor has only lost in one singles match ever at Takeover and I’m not sure I can see Thatcher adding his name to the Samoa Joe list. Balor wins here, but I’m really not convinced.

This is being treated as more of the main event than anything else on the show. It’s the old wrestler vs. football player match, but in this case, McAfee might be the best talker in the promotion. I’ve wanted to hear someone shut him up because he really is that great of a villain, but I don’t want to hear Cole be the one to shut him up. Cole has spent a year as the top heel in the promotion. I need a reason to cheer him, not just to boo McAfee.

A war of worlds:

Of course I’ll go with Cole here, as there isn’t much of a reason to have him lose to the outside here. Cole can be turned face (anyone can) but having him getting beaten down by McAfee isn’t an idea that has legs. Go with what makes sense here in the big mess, as McAfee has a weapon in the big kick but doesn’t need to win here. Then again there is a chance that he could as he could have something bigger in mind as part of Cole’s redemption, but I’ll play it safe and go with Cole winning here.

Sometimes in wrestling you need a new champion and the best solution is to hang the title above the ring so a bunch of wrestlers can try to climb a ladder and pull it down. Ok so wrestling can be a little strange at times but that’s what makes it so much fun. That is what we have here as Keith Lee vacated the title after winning the NXT Title, meaning it’s time for some multiman carnage.

He could do it:

You could go in a bunch of ways here but I’ll take Grimes to win as he has been rather impressive for a long time now. Gargano is fine without the title, Dream is….moving on, Reed and Priest don’t make the most sense as winning here and Grimes has been outstanding as of late. Go with the best choice and someone who could get a long way with the title, which is where Grimes comes in.

And now we have a heck of a hoss fight to wrap things up. Lee won the title back in early July and Kross has targeted him ever since. Kross has since choked out Dominick Dijakovic and burned Lee with a fireball, meaning it’s time for a big fight. This could be an interesting way to go as they both seem unstoppable, which is where you can tell they have a good match going.

I think I’ll go with Kross to win the title here as there is no reason at all to have him lose so soon. Having him overcome the monster Lee is a way to make him look even more unstoppable, but I’m not sure where things go from there. The key thing here though is Lee can absorb a loss a lot more than Kross, though if there was ever a place for a non-finish, this would be it. Kross wins, even if it’s the second best option.

I’m trying to get excited about this show but it isn’t working this time around. The two hour deal has hurt NXT quite a bit and while it makes WWE a lot of money, it doesn’t exactly help with the quality of the show. That being said, you never bet against Takeover and you would be crazy to do so here. They know how to do these things and hopefully that’s what happens again here, as it probably will. 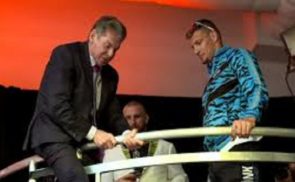 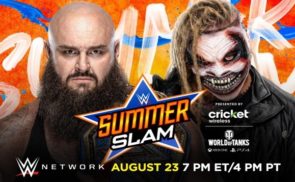