This is one of the weaker looking Takeovers on paper as it’s only been about six weeks since the last special. However, there are four major matches taking place tonight with a thirty minute women’s Iron Man match for the Women’s Title and the final three matches in the inaugural Dusty Classic Tag Team Tournament. Let’s get to it.

The opening video talks about Bayley having the title but now it’s about earning respect.

There’s no stage this time but just the screen and a flat aisle. Balor gets knocked outside to start so Joe pounds on Wilder. Dawson pulls his partner out of the way of a corner charge though and the villains take over. Balor finally gets back on the apron as his partner is getting beaten down but an enziguri allows for the tag to the champ. A pair of kicks put the Mechanics on the floor and Balor unleashes the big flip dive to get the crowd even more fired up.

Wilder saves Dawson from the Coup de Grace and Dawson chop blocks Balor to put the champ in trouble. The Mechancis start taking turns working on the knee, including wrapping it around the post and a half crab from Dawson. Balor avoids an elbow drop but Wilder takes Joe off the apron to keep Balor in trouble. Wilder doesn’t have as much luck though as Balor dives over and makes the tag to Joe for some house cleaning. There’s the Muscle Buster to Wilder and Balor adds the Coup de Grace for the pin at 9:08 but Balor wrenched his knee again.

Clips of NXT at the Louder Than Life festival in Louisville.

Corbin throws Jordan around with ease so for some reason Baron tags out to Rhyno. A quick suplex gets two on Rhyno and Gable gets the same off a slingshot sunset flip. The fans are entirely behind Gable here (complete with a Gable chant to the tune of Kurt Angle’s old music) as he starts on Rhyno’s arm. Jordan comes in to do the same and a double northern lights suplex gets two on Rhyno.

Rhyno tries to throw Gable over the top but Chad grabs the armbar over the ropes to put him in even more trouble. Corbin gets in a few shots on the floor so Rhyno can take over with a chinlock. It’s off to Corbin for a chinlock of his own (fans: “SAVE THE GABLES!”) before Rhyno misses a top rope splash.

Gable crawls over and makes the tag and it’s Jordan coming in to speed things up. Everything breaks down with Jordan cleaning house but he has to save Gable after the End of Days knocks him silly. Gable O’Connor rolls Corbin out of the corner into a German suplex but Rhyno makes the save. There’s a Gore to Jordan and the second End of Days puts Gable away at 10:27.

Brooke has Emma with her. Asuka comes to the ring with a long robe and a white mask. Dana has no interest in a handshake and they fight over a wristlock with Asuka moving at twice Dana’s speed. A slap to the face takes the taste out of Asuka’s mouth but she just smiles at Dana. Asuka comes back with a quick striking rush and Dana’s pose followed by a Fujiwara Armbar.

Emma finally helps her partner with a distraction and the handstand choke has Asuka in some trouble. Asuka comes right back with a snap German suplex and a cross armbreaker followed by a cross face chickenwing. There’s a spinning elbow to knock Emma off the apron. Fans: “ASUKA CITY!” Dana is almost done and gets caught in another cross face chickenwing with a bodyscissors (the Asuka Lock) for the tap at 5:30.

We look at Balor injuring his knee again.

Crews powers him up against the ropes to start and knocks Tyler to the floor like he’s nothing. A delayed vertical suplex gets two for Crews but Breeze leverages him out to the floor to take over again. Back in and Breeze starts in on the back with some knees and a chinlock with a knee in the spine. A sideways Backstabber gets two and sets up a Sharpshooter of all things from Breeze.

Apollo makes the ropes and nails a jumping clothesline, followed by a BIG kick to the face to knock Tyler silly. The back gives out though and Breeze Supermodel Kicks him for two. Tyler dives into a powerslam for two and there’s the gorilla press but Breeze gets the knees up to block the standing moonsault. Breeze gets all fired up with forearms but Apollo kicks him square in the jaw. Crews loads up a belly to back suplex but spins him around into a powerbomb for the pin at 9:47.

We look back at tonight’s first two tournament matches.

Balor is limping to the ring. Finn and Rhyno get things going and Corey immediately declares this as a dumb idea. Rhyno shoves the champ around with ease and it’s off to Corbin for some feeling out. The knee starts to go out though so it’s off to Joe for the rapid fire strikes in the corner. Off to Rhyno who has some more luck with a knee to the ribs before Corbin comes in again to a chorus of booing.

A big boot gets two on Joe but he comes back with the enziguri in the corner. Joe tags off to Balor who uses Corbin as a launching pad into a dropkick to Rhyno. The knee seems fine at first but it gives out again when he charges into the corner. That’s fine with Balor though as he nails an enziguri, only to have Rhyno drill him in the knee again to take over. Balor’s comeback is stopped with a Boss Man Slam for two but he comes back again with a Sling Blade out of nowhere.

The second hot tag brings in Joe to take over on Rhyno with the Rock Bottom out of the corner and an STO to Corbin. A Gore gets two on Rhyno with Balor making the save, only to damage the knee again in the process. Another Gore is countered by a kick to the face and it’s the Muscle Buster into the Coup de Grace for the pin and the tournament at 11:09.

The Rhodes Family (with Stardust out of character) present Balor and Joe with the trophy. Cody talks about his dad being the oak of NXT and how his dad was beamed into homes around the world for over forty years. Tonight, we are all part of the Rhodes family. Dusty’s theme music plays with nothing from Joe or Balor.

Stephanie, Charlotte, Becky Lynch and Lita are in the front row.

We recap Bayley taking the title in Brooklyn and the build to tonight’s match.

Bayley is defending and this is an Iron Man match, meaning the most falls (pin, submission, countout or disqualification) in thirty minutes wins. We get the entrances following the girls to the ring with no talking from the announcers. Fans: “WOMEN’S WRESTLING!”

They stare each other down and there’s no contact until a little over a minute in. A lockup gets us to Sasha holding a headlock, followed by some rollups for two. Bayley gets some rollups of her own for two each and a pinfall reversal sequence gives us even more near falls. Sasha gets in the first big move with a dropkick to knock the champ into the corner but Bayley comes back with a Japanese armdrag to drop Sasha on her head for two. That looked bad but Sasha seems to be ok.

We’re five minutes in and Sasha sends her into the corner with a top rope wristdrag. Both finishers are blocked and Sasha chills in the corner. Sasha suckers her in and pulls the hair to get a quick two but it ticks Bayley off. Some hard elbows and a clothesline put Sasha on the floor. Bayley keeps the pressure on with a dropkick under the bottom rope (ala Sami Zayn) and a bulldog back inside for two. Both of them nearly crush the referee in the corner but Sasha uses this to her advantage and pokes Bayley in the eye for the first fall at 8:32.

Bayley rams her face first into the buckle over and over but gets sent into them herself. Both of them are banged up as we’re ten minutes in. The double knees in the corner are countered into something like Snake Eyes and the Bayley to Belly ties it up at 10:55. Sasha bails to the floor so Bayley tries the sliding kick again. Banks catches her coming in this time though and slams Bayley into the steps, right in front of her family and Izzy. Sasha throws her into the steps two more times and makes sure to talk trash to the family. Bayley kicks out at two and the fans are chanting for Izzy.

The champ is thrown to the floor and bangs her knee on the landing. Sasha whips her into the video board and it’s a countout to give Sasha a 2-1 lead at 14:12. Banks steals Izzy’s headband and throws it at her, making Izzy cry to get the fans entirely on Bayley’s side. Bayley beats the count back in at fifteen minutes to go but Banks starts right in on her back. Sasha is brimming with confidence as she slaps on a Liontamer and stomps on the bad hand for old times’ sake. Bayley makes the rope and grabs a fluke rollup to tie us up at 2-2 with 12:38 to go.

The double knees in the corner miss again and Bayley makes the comeback with ax handles to the face followed by an awkward looking spinning facebuster for two. The middle rope back elbow gets the same and Bayley’s hair is almost down. Bayley puts her in the Tree of Woe for a running springboard elbow as we have ten minutes left.

Banks crotches her on top and now the double knees hit for two. Bayley kicks her to the floor as the fans think it’s better than Raw. Now Bayley starts working on Sasha’s hand and the fans want Izzy to slap Banks. The arm gets snapped across the middle rope and Sasha falls out to the floor again.

Bayley puts her on the middle rope and a running super Bayley to Belly gets….two as the cover sent Sasha’s feet into the ropes. Three minutes left and they’re both spent. Bayley loads up the reverse hurricanrana but Sasha lands on her feet and hits a Bayley to Belly of her own. There’s the Bank Statement and Sasha spins her away from the ropes. She can’t get the full hold on though due to the hand injury from earlier.

Sasha kicks away from the ropes and gets a better version on with a minute left. Bayley reaches up and bends the hand back for the break before slamming the bad hand into the mat to get out. Sasha hooks the backbreaker to set up another Bank Statement but Bayley rolls through into an armbar while cranking on the hand with ten seconds left. Bayley KICKS HER IN THE HEAD until Sasha taps with three seconds left to retain Bayley’s title at 30:00 by a score of 3-2.

Bayley looks drained as the roster comes out to the entrance to help Sasha up. HHH presents Bayley with a bouquet and she soaks in the cheers. Bayley and Sasha smile at each other to end the show. 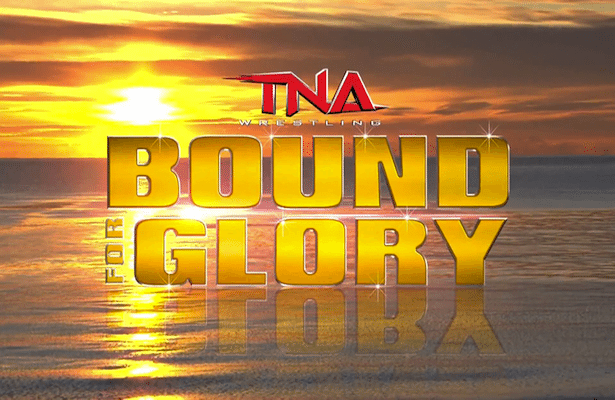 KB’s Review: They Can’t Help It 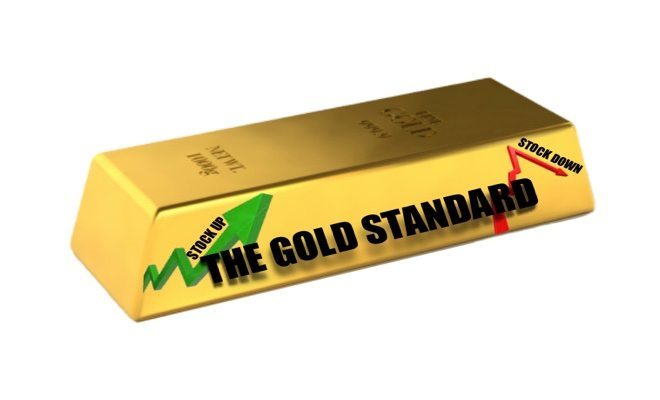