We’re into the second week of head to head and that could mean some interesting developments. Above all else, it should be interesting to see how the show adjusts after getting flattened in the ratings last week. Maybe it was a one off surprise due to the debut, but it could be the start of a trend and that could mean some changes. Let’s get to it.

We open with a recap of last week’s show, which had a lot going on.

Gulak is defending and it is officially the NXT Cruiserweight Title, albeit with the same design and color. Rush dropkicks him into the corner to start and hits a Spanish Fly for two as Gulak bails to the floor. That means a suicide dive and a bottom rope moonsault to the floor. Back in and Rush’s tornado DDT is countered with a toss to the mat, setting up a running clothesline in the corner to give Gulak two.

Gulak works on something like an abdominal stretch on the mat before switching over to an armbar. Rush fights up and goes to the top, only to get kicked to the floor as we take a break. Back with Rush kicking at the chest but the springboard Stunner is countered into the Gulock in the middle of the ring.

Rush teases the tap but unhooks the legs and gets out, including a backflip into a cradle for two. Rush’s dragon sleeper is broken up in a hurry and Gulak’s Cyclone Crash gets two, with Rush getting a foot on the rope. Rush breaks up a superplex and hits the springboard Stunner this time around. The Final Hour (Low Down) gives Rush the pin and the title at 11:41.

Post match William Regal comes out to wrap the title around Rush’s waist but Gulak breaks it up and hands the title over himself.

We get another video on Tegan Nox’s return, with her first match next week.

Aliyah tries to hit Rhea in the face for some reason and gets blasted for her efforts. The standing Cloverleaf has Aliyah in trouble and Rhea swings her around for a bonus. A forward powerbomb makes it worse and Rhea cranks on it for the tap at 1:22.

Breezango vs. Ever Rise

Breezango are dressed as construction workers this week, complete with rather fetching women in hard hats. Breeze has to get Fandango away from them as Beth seems VERY pleased with the new look. Mauro: “Adam on line one.” Hang on though as the Forgotten Sons drag Ever Rise out and we have some replacements.

Cutler beats up Breeze to start and it’s a running hiptoss from Blake to send Cutler into Breeze’s back. Breeze is back up without much trouble and brings Fandango in for the Falcon Arrow, followed by Breeze coming back in pretty quickly. The illegal Fandango hits a sunset bomb on Cutler but Jaxson Ryker pulls Breeze outside for the posting. Fandango dives onto him, only to have Blake do the same to take Fandango out. Back in and a toss powerbomb into the knees sets up the Memory Remains for the pin on Fandango at 3:37.

Keith Lee is ready to beat Dominik Dijakovic next week. They need to blow that off already.

Post match Dain beats Boa up, including Vader Bombs and throwing him onto the announcers’ table.

Video on Damien Priest, who wants to use Pete Dunne to make himself famous.

Non-title and Strong gets some encouragement from the Undisputed Era before coming to the ring. Strong headlocks him down to start and lets him know that this is HIS house. That just brings Scott to his feet for some chops and a cartwheel moonsault for two in a creative spot.

After a quick trip to the floor, Strong comes back in for a strike off, with Mauro getting in a Lucha Underground reference by saying they’re both looking for the kill shot. The first backbreaker cuts Scott off though and it’s time for more loud chopping. Another backbreaker gives Strong another two and we take a break. Back with Scott kicking away from the mat and then kicking at the chest, which draws out the rest of the Era.

Scott crotches Strong on the middle rope and gets two off a hanging DDT. A Downward Spiral into the running kick to the back of Strong’s head connects for two more and Strong is in big trouble. Strong gets caught hanging by his feet from the bottom rope so Scott destroys him with a slingshot double stomp. The Era offers a distraction though and it’s a running knee into the End of Heartache. The Stronghold finishes Scott at 10:25.

Post match, the Era gets in the ring with Cole praising Scott. Everyone wants to be the best and fulfill this dream of being the best, which is why Finn Balor and Tommaso Ciampa. Cue the Velveteen Dream to ask if someone said Dream. He pops up above the entrance and says that while some of the Era is great, allow Dream to show him his reality.

We see Strong imitating Shawn Michaels’ Playgirl pose with the North American Title in a certain place. Dream gets his rematch in two weeks, but first he snaps his fingers and the title disappears from the picture, being replaced by a rather small censored logo. Cue Tommaso Ciampa with a chair and a crutch to chase the Era off and have a seat. Ciampa: “Goldie? Daddy’s home.”

Quick video on Walter and Imperium.

During the break, Angel Garza tried to hit on the interviewer and steal Ciampa’s interview time. Ciampa showed up and laid out Garza after some Spanish ranting. Interviewer: “What did he say?” Ciampa: “I have no idea.”

Kai starts fast by kicking Belair to the floor for an early two. A charge gets Kai launched face first into the buckle and the hard shoulders to the ribs in the corner make it even worse. Belair squats her to show off but has to kick out of a small package. A tilt-a-whirl faceplant gets two and we take a break.

Back with hitting some clotheslines and a running dropkick, followed by the pump kick to the side of the head. Some kicks to the head in the corner give Kai two, including the running kick to the face in the corner. Kai rolls her up out of the corner but gets pulled into the double chickenwing facebuster. Belair’s running shooting star press gets two and frustration is setting in. Back up and Kai tries one more kick but gets caught in the KOD for the pin at 10:12.

Post match Belair says that she wants Baszler and Rhea can go through her to get the title shot.

Dominik Dijakovic is ready to bring out the best in Keith Lee again. He knows Keith’s limits though and is ready to take him there.

We look back at Finn Balor being drafted to Raw and becoming the first Universal Champion.

Video on Pete Dunne wanting to make a name for himself in WWE. That’s what he’s done ever since, and now Damien Priest is trying to do the same thing. That won’t be happening off of Dunne’s back.

The NXT roster congratulates Rush for winning the title.

Non-title. Feeling out process to start until Walter powers him onto the apron and pats him on the head. They take turns riding each other on the mat until Kushida gets in a dropkick to send us to a break. Back with Kushida slipping off a springboard and getting kicked in the face for his efforts. The one legged Liontamer has Kushida in more trouble as Walter cranks away.

That’s broken up so Walter chops away but the powerbomb is countered into a DDT for the breather. Kushida gets sent to the apron and manages to snap the arm across the rope. A sunset bomb is blocked though and Walter stomps on the face to put Kushida on the floor. He’s right back up with a rolling DDT to the floor though and they both have to beat the count.

Back in and a kick to the arm sets up the Hoverboard Lock but Walter reverses into the sleeper. Kushida flips out of that and Walter has to grab the hands to block a cross armbreaker. Walter powers out again and it’s a half nelson pumphandle suplex into a bridge for two.

The frog splash is broken up and Kushida grabs the Hoverboard lock on top before superplexing him down by the arm. A foot on the rope gets Walter out of trouble so Kushida dropkicks the arm again. Walter dropkicks the heck out of him and the powerbomb gets two in a great near fall. With nothing else working, Walter hits a ripcord lariat to FINALLY put Kushida away at 16:48.

Next week: Ciampa vs. Garza and in two weeks, Strong defends against Dream. 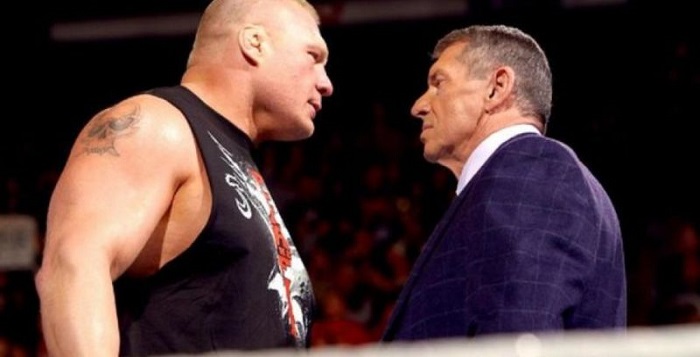 One Of A Kind. How Vince McMahon Can’t Control Brock Lesnar. 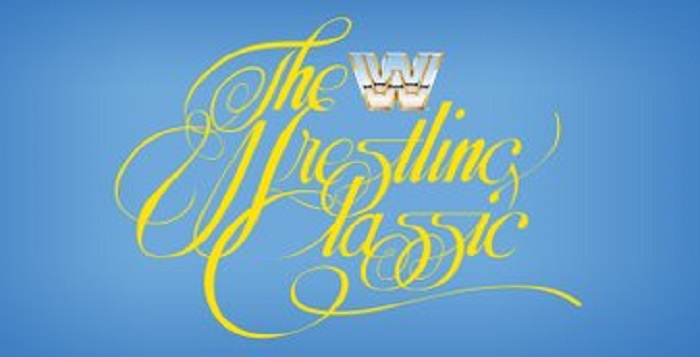