The big story this week is Finn Balor facing Tyson Kidd in his first singles match in NXT. It’s going to be interesting to see how much more impressive he is than Itami, who hasn’t done much for me, though he needs a longer match than he’s had so far. Other than that we’re gearing up for Zayn vs. Neville II in two weeks and it should be glorious. Let’s get to it.

Louis continues to be in a state of shock and potentially psychotic over losing his hair. He doesn’t take his towel off for a few moments as Tyler looks disgusted by Louis. Fans: “WHERE’S YOUR EYEBROWS???” Breeze says he can’t be asked to take on the uggo of all uggos and won’t be the precious to Louis’ Gollum. Marcus takes the towel off his head and Breeze is even more disturbed. Now he thinks Louis is an idiot and a freak. “NOBODY WILL EVER LOVE YOU!” Louis looks away and turns around into the Beauty Shot for the pin at 2:28.

Louis rolls out and screams as he leaves. I could go for more of this Louis Is Nuts thing as he’s selling the heck out of it. Marcus gets back in the ring and the fans think this is awkward. After a break, Louis very slowly walked out the front door of the arena.

Carmella laughs at Enzo post match. They better not split up Enzo and Cass.

Balor says Kidd should send a tape of their match tonight to Kidd’s uncle Bret.

Non-title. Cara and Dillinger get things going with Sin grabbing the arm and taking him back into the corner for a tag off to Kalisto. The champs keep taking turns on the arm until Dillinger takes Sin over to the corner for the tag off to Jordan. In something you don’t see all that often, Jason covers him for no count. Back to Dillinger for some stomps but we get heel miscommunication to frustrate Dillinger. The hot tag brings in Kalisto to speed things up with a very high springboard wristdrag to Tye. Cara’s suicide dive takes Tye out again and the Salida Del Sol pins Jordan at 3:35.

We recap Sasha Banks costing Bayley a match against Becky Lynch last week and Charlotte making the save post match.

Kevin Owens, complete with a FIGHT t-shirt, is coming in two weeks.

Here’s Bayley with something to say. She doesn’t have a match tonight (“BOO!”) but she has to deal with something tonight. Charlotte may not be here, but she’s used to dealing with bullies like Lynch and Banks. When she was a kid she was bullied every day and when she came home from school crying, her mom told her to go back the next day and stand up to the bullies because they’re cowards. Cue Banks and Lynch to shove Bayley but she nails Sasha in the face. Becky nails her from behind though and they stomp away until the referees come out. Again, Lynch looks like a star here.

Natalya is excited for her husband to get to face Balor tonight. Tyson cuts her off (Natalya: “But I’m putting you over!”) and says Justin cost them that match because he has a knack for losing. Tyson has been working with Bret recently and is the new Hitman. Balor is a guy who can’t live up to his hype. Yeah he’s good, but he’s not THAT good. Natalya goes to hug him but Tyson has to go Facetime with the cats. She doesn’t seem too bothered by this.

Time for a silent movie starring the Vaudevillains. The Lucha Dragons are trying to rob a bank and it’s up to the Vaudevillains to stop them. But first, TRAINING MONTAGE! English does push-ups while Gotch gets in a fist fight WITH A BEAR. They go for a run before heading to the bank where they find a box of TNT. It’s the Mini Lucha Dragons behind it of course, and they wind up getting blow up, somehow making Gotch and English the NXT Tag Team Champions. Voiceover: “No Lucha Dragons were harmed in this production, but at NXT Takeover: R-Evolution, we make no such promises!” This was GREAT.

We run down the Takeover card and Sasha vs. Charlotte is confirmed.

Itami/Balor vs. Ascension is confirmed too. Technical sequence to start with Tyson grabbing a wristlock to take over but Balor spins him down to the mat in a nice counter. Kidd comes back with a chinlock as the fans call him Nattie’s Wife. It turns to a TYSON CHICKEN chant as Balor dropkicks him to the floor, only to have Kidd hide behind Natalya to avoid a dive.

We take a break and come back with Balor kicking Kidd from the apron but having his springboard broken up. Kidd knocks him out to the floor and follows up with a neckbreaker outside. Back in and Tyson hammers away in the corner before catapulting him face first into the bottom turnbuckle for two. Another chinlock doesn’t last that long but Kidd stops the comeback with a kick to the ribs. Tyson puts him in the Tree of Woe for some knees but stops to yell at Natalya for not helping him cheat.

There’s a running dropkick in the corner for two and we hit another chinlock. Kidd: “ASK HIM!” Referee: “He said no!” Kidd: “WELL ASK HIM IN IRISH!” Back up and Balor escapes a suplex and fires off some chops followed by a Pele. A spinning suplex gets two for Finn but he charges into a boot in the corner. Balor kicks him off the top but misses the top rope stomp. Tyson can’t hook the Sharpshooter so he sends Balor face first into the buckle again. The springboard elbow hits knees so Finn hits a running knee to the face. Up top again for the stomp but Ascension runs in for the no contest at 14:41.

Result: Finn Balor vs. Tyson Kidd went to a no contest when Ascension interfered (14:41)

Itami comes in for the save and a big pull apart brawl ends the show.

Finn Balor vs. Tyson Kidd went to a no contest when the Ascension interfered 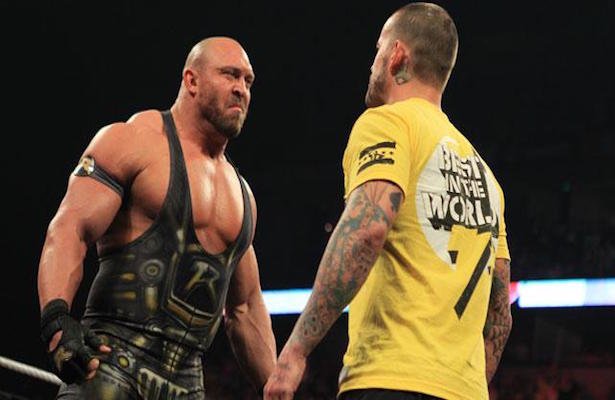 Update: Ryback Further Lashes Out on CM Punk Through Twitter 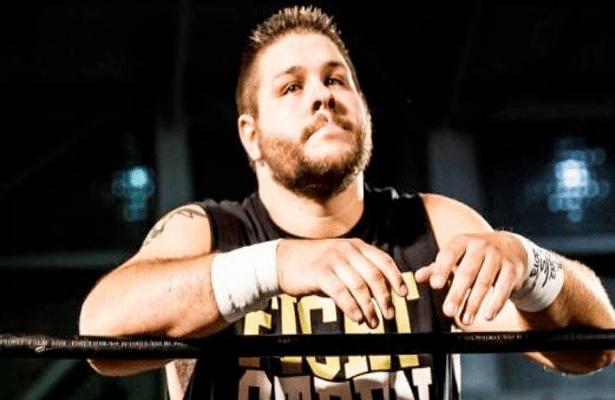