We’re still on the way to Survivor Series and hopefully things can get back to where they were last week. At the same time though, things are starting to move towards Takeover, so we’re going to be seeing a ladder match for the advantage in the women’s WarGames. The lineups still need to be locked in though so let’s get to it.

Opening recap, which also seems to serve as the opening sequence.

Rush is defending. They start running the ropes in a hurry with neither being able to hit anything, meaning it’s a pair of flips to land on a knee each. Garza bails to the floor and goes into the crowd, where HE TAKES OFF HIS PANTS right in front of Rush’s family. That means the crazy fast suicide dive but another one is countered into a powerslam so Garza can smile as we take a break.

Back with Garza hitting a hard knee to the face but Rush is fine enough to escape the Wing Clipper. The springboard Stunner is blocked with a dropkick to the back to give Garza two more. Rush grabs a swinging neckbreaker for two of his own but gets caught on top. That means a super moonsault powerslam for a close two and the frustration makes Garza hammer away.

Rush counters a charge into Rush Hour before kicking Garza upside the head. Now the springboard Stunner can connect but Rush tries a second, only to get reversed into the Wing Clipper for two. Garza loads it up again but climbs up, allowing Rush to headbutt his way to freedom. Rush flips him down and hits the Final hour for a slightly delayed two. With nothing else working, Rush waits for Garza to start getting up and hits another Final Hour to retain at 12:55. Garza’s foot looked like it was in the ropes for a bit.

That would make me mad: 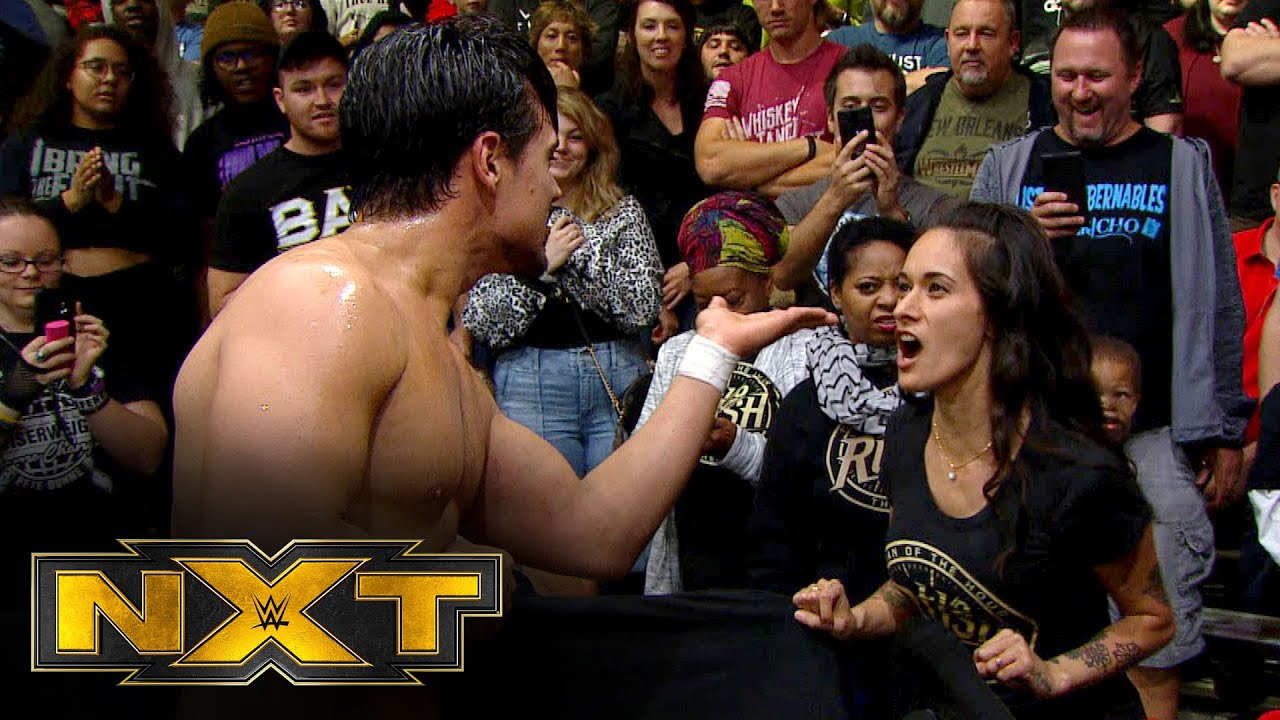 Tegan Nox and Rhea Ripley have been attacked.

Xia starts with the kicks so Aliyah gets in a neck snap across the top for a breather. A northern lights suplex gives Aliyah two and she kicks Xia in the back, only to get kicked in the chest. Xia hits a superkick and a cartwheel forearm in the corner, followed by a spinning kick to the face for the pin at 2:07. 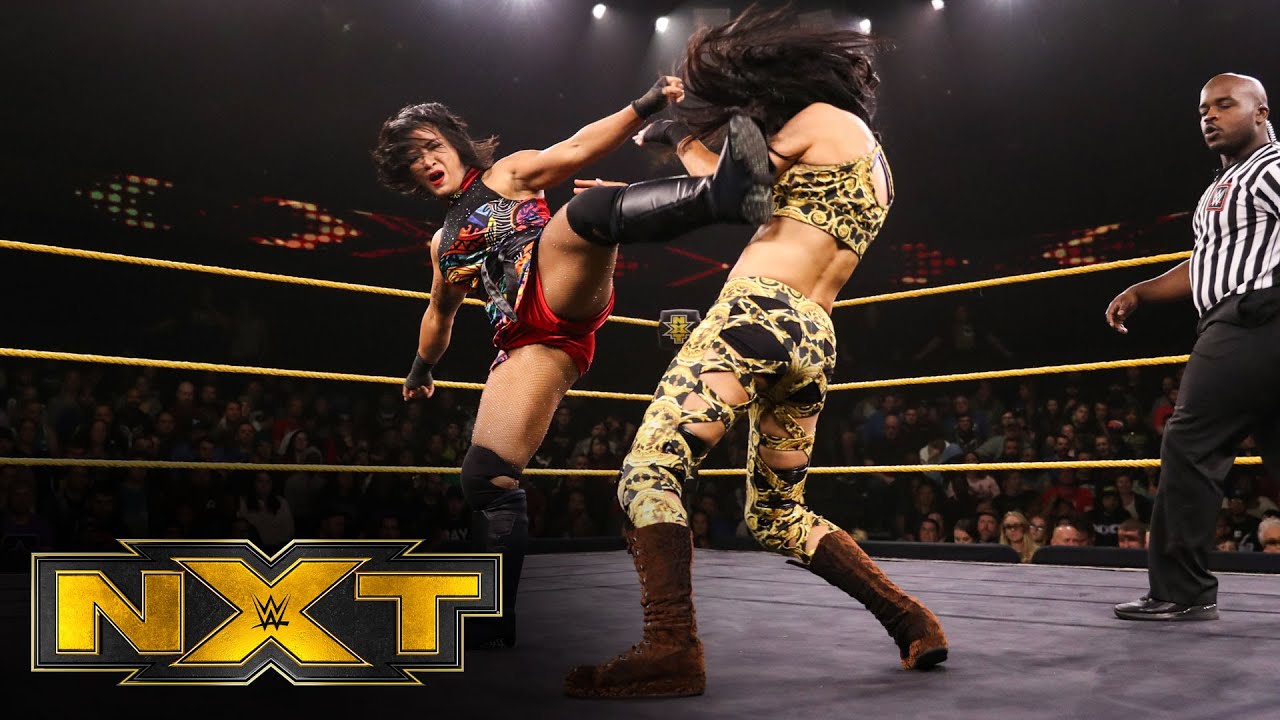 Aliyah’s face is busted up and the medic comes in to check on her.

Video on Pete Dunne vs. Killian Dain. They meet tonight.

Here’s Finn Balor for a chat. He isn’t sure what happened around here because he was the heart and soul of this place. Now you have a bunch of people crying on social media and looking for sympathy when they get hurt. Since Johnny Gargano is out for Survivor Series weekend, he wants someone to come take Gargano’s place. Cue Matt Riddle to jump Balor and the fight is on until Balor bails. Riddle: “Come back here you little putz!”

Cue the Undisputed Era to surround the ring with Cole saying it’s the wrong place at the wrong time. Now it’s Tommaso Ciampa and Keith Lee coming out for the save. The Era talks about how they dominated Raw and Smackdown but Lee isn’t impressed. The challenge is on with Lee wanting to face Cole right now. Strong says he has this though.

The Riddle of the Little Putz: 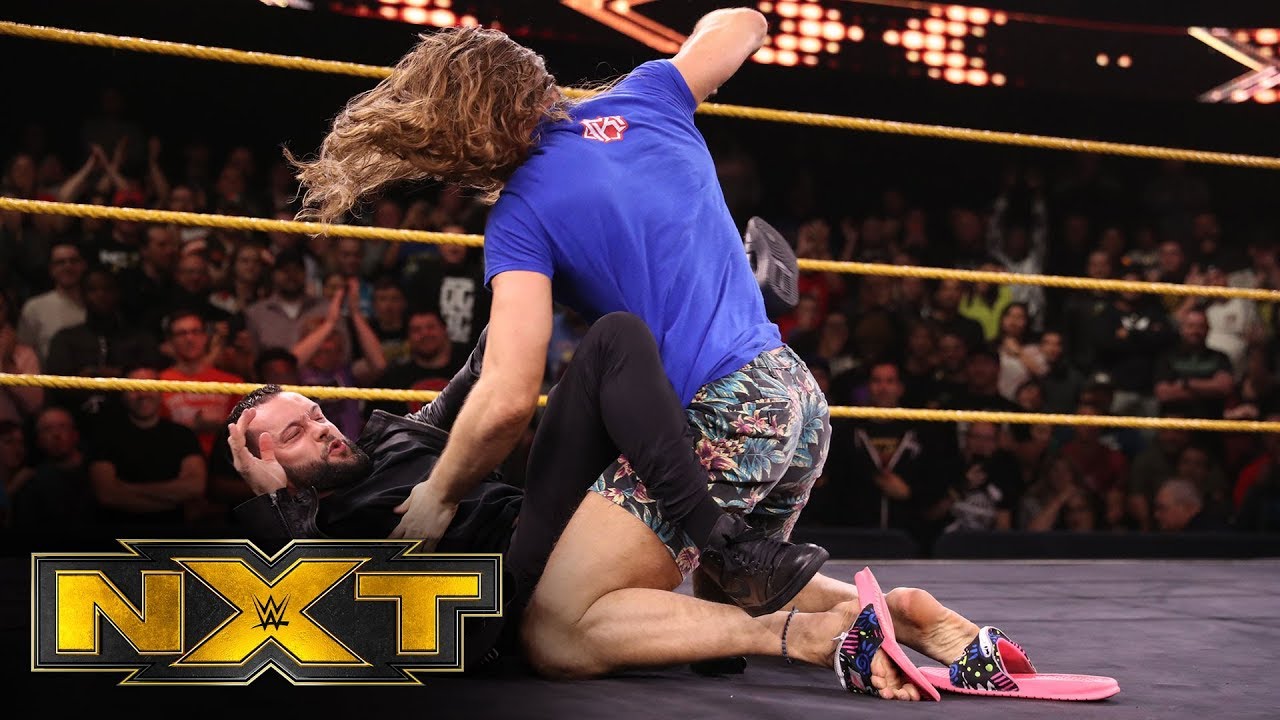 Non-title. Joined in progress with everyone else gone and Lee hitting a tossup faceplant for two. Some chops have Strong in even more trouble and he has to elbow his way out of a slam attempt. He can’t elbow enough though and Lee plants him with ease. Strong kicks at the legs for some more success and a running shoulder to a kneeling Lee. This goes badly for Strong, who bounces off of Lee a few times.

Lee gets up and smiles at him, setting up another big chop to cut Strong down. Strong comes back with a knee strike though and we take a break. Back with Lee getting dropkicked outside and a wrecking ball dropkick putting him down on the floor. The Sick Kick gives Strong two back inside and the reverse chinlock goes on. As usual, that just wakes Lee up and he shoves Strong around, followed by some elbows to the back for two.

Lee gets caught on top and, after some strikes, Strong manages a heck of a superplex for….one. The Stronghold isn’t happening so they slug it out until Lee turns him inside out with a clothesline. Cue the Era again though, followed by Ciampa and Riddle to cut them off. Finn Balor shows up with a Sling Blade to Riddle though, followed by a dropkick to send him into the steps. The distraction lets Strong hit an Angle Slam for two but Lee is right back up with the Supernova for the pin at 17:27. 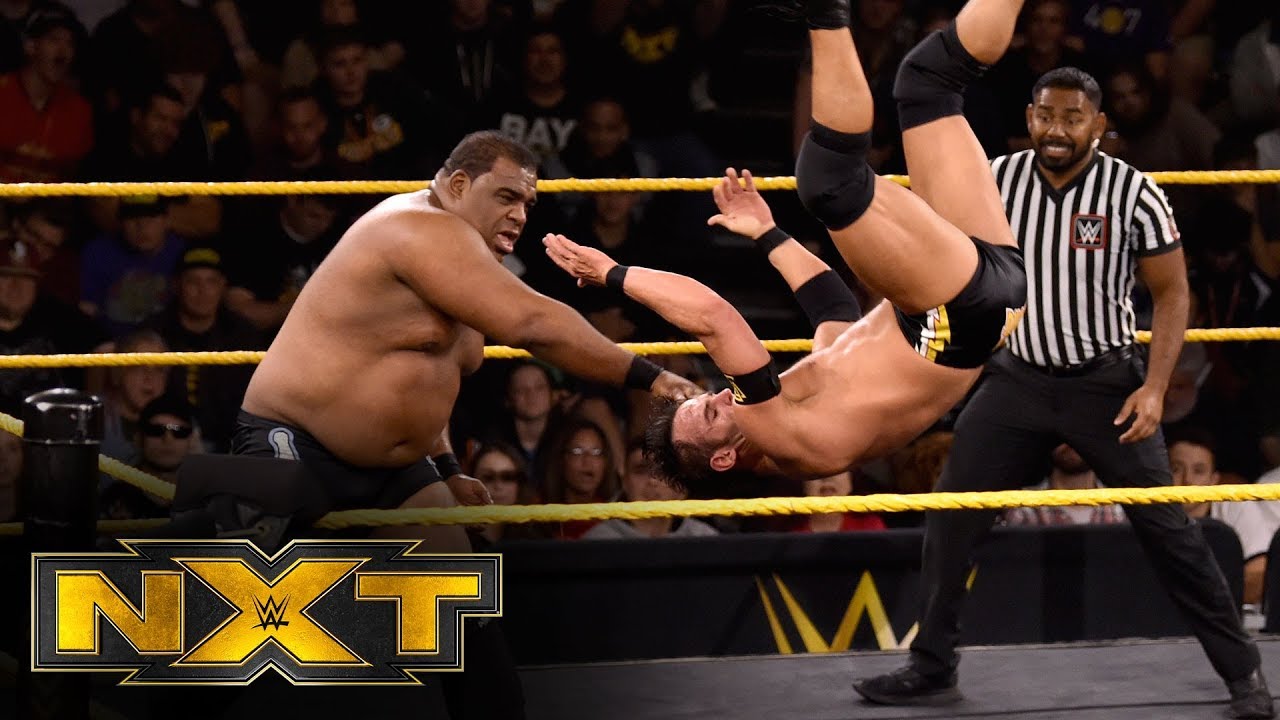 Post match the beatdown is on but Dominick Dijakovic coming in for the save. With the Era dispatched, Dijakovic offers his services and Ciampa shakes his hand. Dijakovic runs into Lee, but it’s another handshake. Remember that Riddle is likely going to fight Balor so they still need another member.

Marina Shafir, Jessamyn Duke and Candice LeRae have been taken out. The yet to debut Scarlett Bordeaux is checking on LeRae.

They trade short wristlocks to start until Reed runs him over with the size and power. There’s a headbutt to make it worse and a rather large headlock ensues. Reed goes with the simple style by sitting on Scott’s back and cannonballing down onto it before just throwing him outside. That earns him a posting though and we take a break. Back with Scott hitting a middle rope elbow to the back of the neck and getting two off a Flatliner.

One heck of a clothesline into a backsplash crushes Scott but the top rope splash is broken up. Scott goes up with him but has to fight out of a super Tombstone, allowing him to hit a hanging DDT for two on Reed. Back up and Reed grabs a belly to back sitout piledriver for his own two. Scott gets to the apron and tries a slingshot hurricanrana but has to settle for a triangle choke. That’s broken up as well but Scott knocks him down and hits the House Call (Swerve Kick) for the pin at 11:57.

It really is his house: 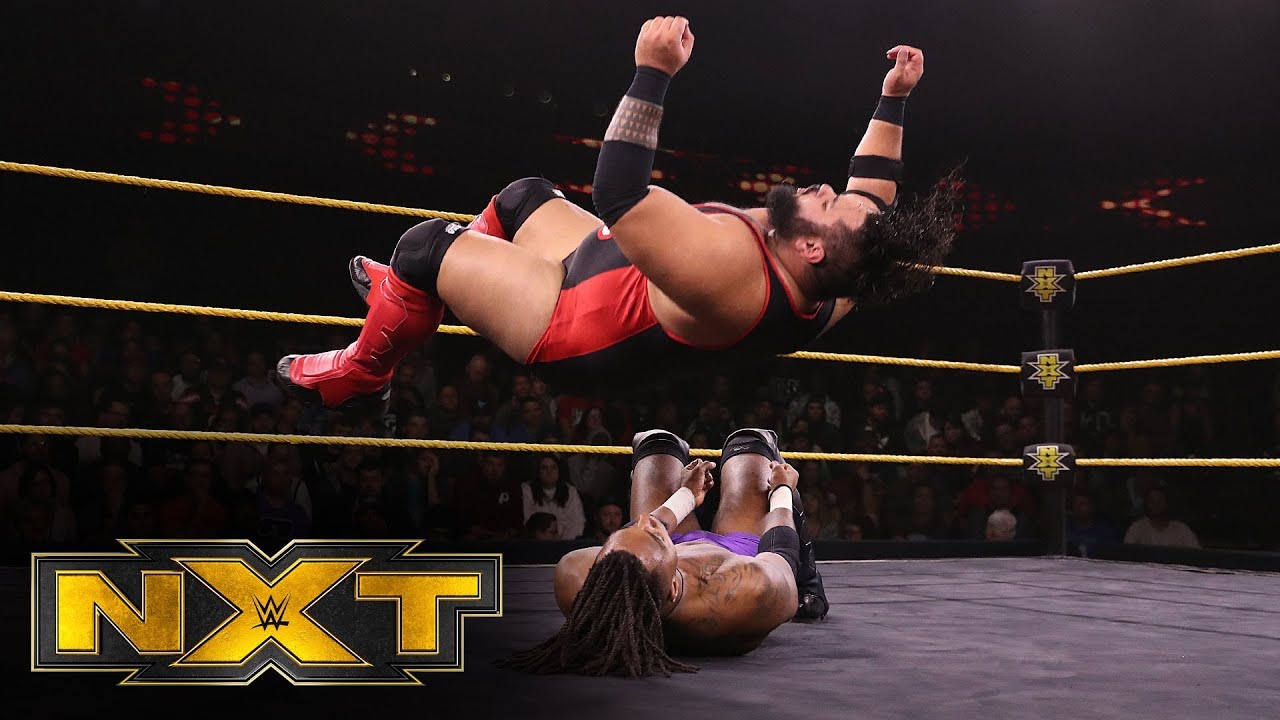 It isn’t clear who is behind the attacks, but we do know one thing for TakeOver: Balor vs. Riddle is confirmed and Dijakovic is taking Riddle’s place in WarGames, meaning Ciampa needs a fourth.

Hang on though as Damien Priest jumps Dain on the ramp, meaning it’s Dunne running to the floor to get in on the fight. Everyone brawls and security breaks it up, only to have Priest powerbomb a guard over the top. He isn’t done yet as he adds a big running flip dive to take out Dunne and Dain again. No match here. 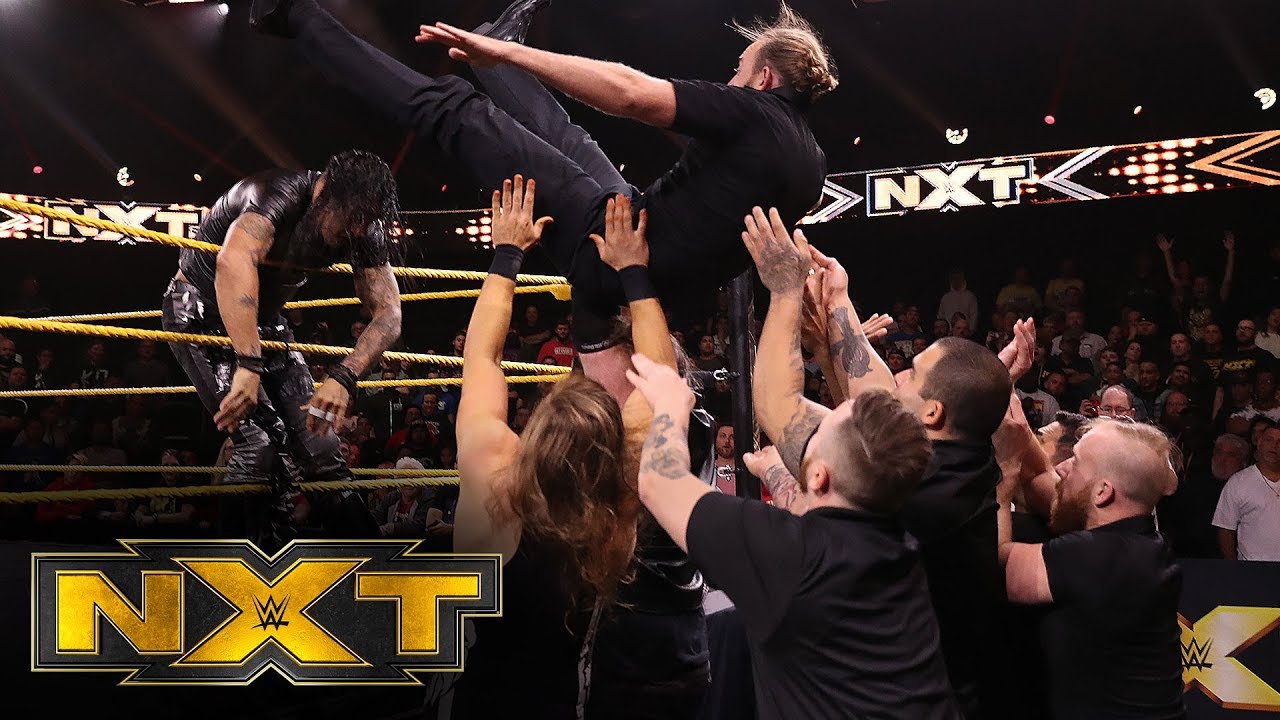 Mia Yim says if someone wants to come out them, it can be from any angle. Dakota Kai comes in and says there are no hard feelings after last week’s decision. She has Mia’s back tonight.

Next week: Cole vs. Dijakovic in a ladder match for the men’s WarGames advantage.

Ladder match for the advantage in the women’s WarGames match. They both want the ladder early but Shirai takes her down with a suicide dive instead. Mia is right back up and knocks her down, allowing the ladder to be thrown in. Shirai gets dropped onto a ladder, which is bridged between the apron and barricade. A superkick to the ladder knocks it into Mia’s face, though she’s fine enough to get in a ladder shot to Shirai’s hand.

Shirai uses the good hand to try a running ladder shot but only hits ring. Yim gets kicked away and they finally get back inside, only to fight over a suplex. It’s Shirai getting dropped back first onto the ladder and we take a break. Back with Shirai forearming away and hitting the 619, followed by a flapjack to keep Mia down. Mia isn’t about to let her climb though and it’s an overhead belly to belly into….well at least close to, the edge of the ladder.

That lets Mia set up the ladder but Shirai sends her into it and the ladder goes down again. Mia gets crushed in the ladder so Shirai pulls out a fresh one. That one has to be dropkicked into Mia so Shirai can climb, or at least she would if she has two good hands. Shirai takes too long going up and gets pulled down, though she’s right back up with a German suplex off the ladder. Shirai’s moonsault is broken up but she headbutts Mia to the floor.

Cue Dakota Kai to check on Mia but Shirai moonsaults onto both of them. Shirai goes up but Kai powerbombs her down, only to have NXT UK Women’s Champion Kay Lee Ray run in and shove the ladder down, sending Mia through the bridged ladder in a big crash. Ray helps Shirai up the ladder for the win at 19:58.

They had a heck of a fight: 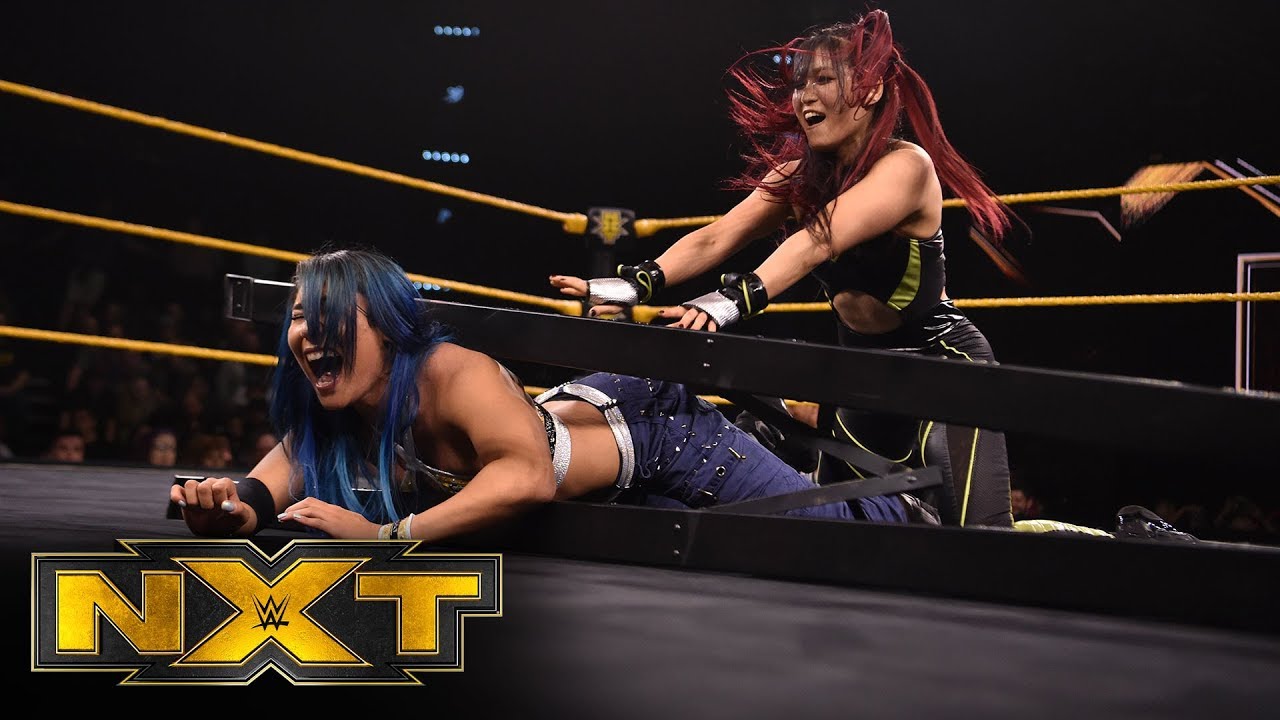 Post match Shirai, Ray and Bianca Belair pose in the ring as Shayna Baszler comes out, seemingly approving of the new team. It’s Bayley attacking her from behind though, presumably revealing herself as the attacking. Baszler gets planted face first onto the stage, drawing her team up to chase Bayley off to end the show. 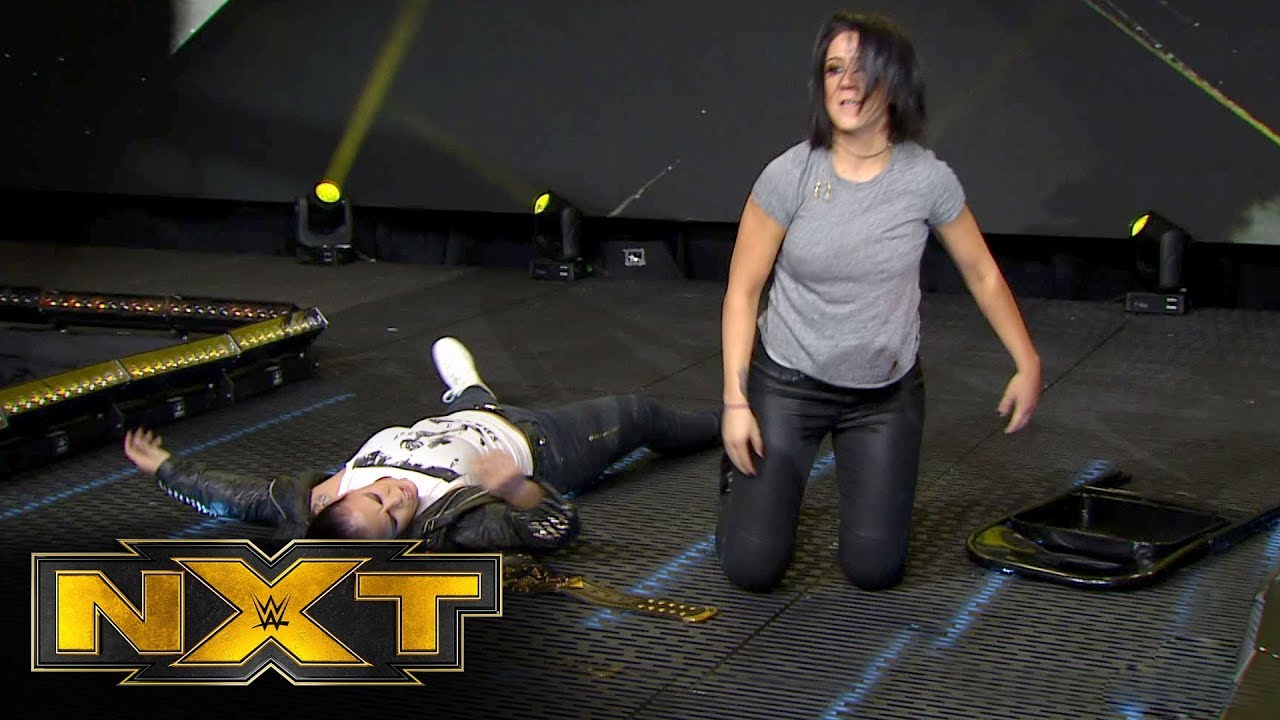 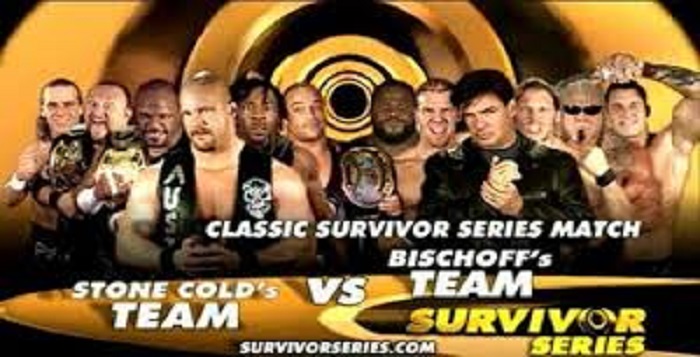 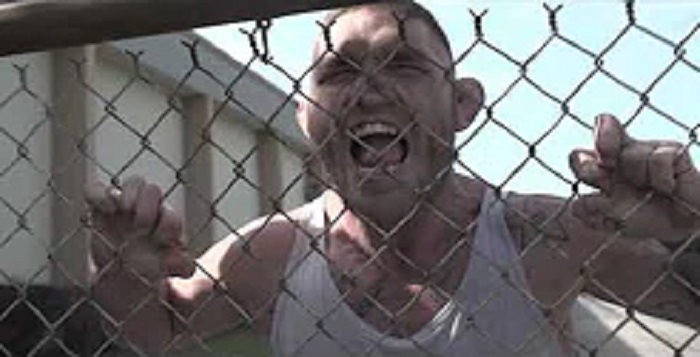 That Won’t Help: Major League Wrestling Seems To Have Lost A Top Name