It’s a big week here on NXT with Bo Dallas finally getting his title shot against Big E. Langston. Last week Langston sounded as serious as he ever has in NXT and the match was well set up. Dallas however still comes off as a lame imitation of a good heel rather than someone we have a reason to dislike. Other than that we should get another Women’s Title tournament match. Let’s get to it.

The opening video recaps the battle royal which earned Dallas his title shot.

This is a rematch from Zayn’s debut three weeks ago when he beat Curt Hawkins and Antonio Cesaro in one night. Cesaro charges to the ring and runs Zayn over with a clothesline. They head to the floor with Sami being sent into the barricade before the bell. Sami says he can go so Cesaro hits a running European uppercut for two as the match officially begins. Zayn springboards off the bottom rope to jump over Antonio but Cesaro spinebusts him right back down to stop the comeback.

Sami fights out of a chinlock and gets two off a leg lariat but Cesaro takes over with some HARD chops in the corner. Back up and Zayn’s leapfrog is countered into a tilt-a-whirl slam for two as we take a break. We come back with Cesaro hitting a double stomp to the ribs for a series of two counts before stomping on Zayn’s fingers. Back to the chinlock for an extended period before Zayn fights up with a spinning sit out belly to back suplex into a powerbomb. A big European uppercut and the gutwrench suplex get two each for Cesaro and the frustration is setting in.

Cesaro pounds away in the corner but Zayn hooks a bodyscissors to catch Cesaro off guard. A headscissors sends Antonio to the floor and Sami hits a big flip dive over the top to take both guys down. Back in and Zayn dives off the top into another uppercut for two. Cesaro looks for the Neutralizer but Sami hits a running sunset bomb for two. Zayn tries the same thing he used to win the first time by rolling through a suplex into a cradle but Cesaro kicks out at two. Cesaro hooks a hard standing chinlock which is enough to set up the Neutralizer for the pin on Zayn at 13:30.

Sylvester LeFort introduces Dawson and Dylan and again is far more interesting than the team. Dawson and Tyler start things off with Tyler grabbing a headlock. Scott takes it to the corner and brings in Dylan to stomp on Travis in the corner. Dawson and Dylan tag in and out to pound on Tyler with both guys slamming the back of Tyler’s head into the mat.

The beating continues with Dawson dropping a leg and kicking at Tyler’s back. Tyler finally gets in a kick to the face and makes the tag off to Corbin who cleans a few rooms of the house. Corbin hits the ropes and walks into a spinebuster from Dawson followed by a middle rope ax handle to the face from Dylan (the combination is called Southern Pride) for the pin at 4:27.

Bayley is innocent enough to offer a handshake but Alicia says no. Instead Bayley hugs Alicia to freak her out and earn Bayley a whip into the corner. A quick northern lights suplex gets two for Fox and it’s off to a chinlock. Fox takes her into the corner for a slap and Bayley goes NUTS, taking Fox down with a bunch of clotheslines and a knee drop for two. An exploder suplex gets two on Alicia but she pops back up and hits an ax kick to pin Bayley at 3:26.

Here are the tournament brackets:

We recap Dallas winning the battle royal to earn his title shot tonight.

Langston easily throws Dallas down before leapfrogging over Dallas (you read that right) and running him over with a shoulder. Bo goes after the leg and is immediately booed out of the building. The champion is sent to the floor but comes back in to throw Dallas into the corner to take over. Langston hits five hard shots to Dallas’ ribs as this is one sided so far. A big splash hits Dallas and he rolls out to the floor for a breather.

Back in and Langston tells Bo what a bad decision this was for him. Another splash misses and Bo fires off some clotheslines to little effect. Big E. charges into a knee in the corner and Dallas runs the corner into a bulldog for two. Langston comes back with a belly to belly and looks to be perfectly fine. Five knees to the chest have Dallas in trouble and Langston runs him over for good measure. Dallas blocks the Big Ending and sends Langston into an exposed turnbuckle two times. That and a belly to belly suplex gives him the belt at 7:46. 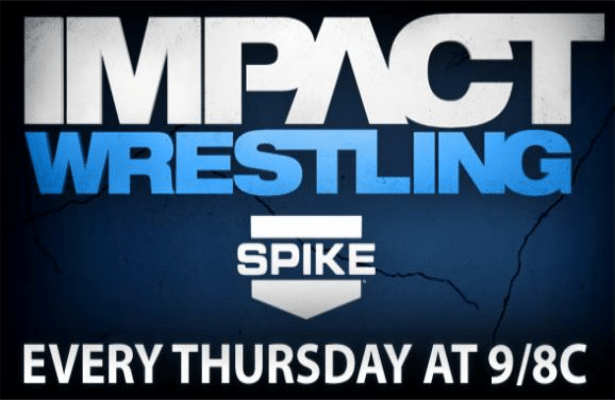