Happy New Year everyone. I’m not sure if it’s a new year in NXT or not because this show was probably taped back in November or so. We have a main event already set for tonight with Leo Kruger vs. Sami Zayn in a 2/3 falls match which is becoming the signature main event of the promotion. Let’s get to it.

Byron Saxton is in the middle of the ring to let us know that Tyler Breeze is in the building.

Lana introduces Alexander Rusev and is given the WHAT treatment.

Rusev pounds Kofi into the corner as Regal chides Phillips about not being able to talk to Rusev. “If he could talk to you, he wouldn’t need a translator. Fine money spent on your college education.” Kofi is lifted into the air so Rusev can drive knees into his ribs. A Samoan drop gets two on Kofi and a hard shoulder block gets the same.

Alexander misses a running splash and gets dropkicked down. The Boom Drop connects but Rusev heads to the corner so Kofi can’t try Trouble in Paradise. Instead he hits a cross body off the top (good one too despite Kofi slipping on the ropes) for two but a Lana distraction lets Rusev slam Kofi off the top. The Accolade gets the big upset submission from Kofi at 3:52.

Sylvester LeFort is holding open auditions to replace the injured Scott Dawson. Bull Dempsey comes up but is told he’s too fat. LeFort says he needs someone bigger than life when Mason Ryan pops up behind him. Ryan hasn’t heard about an audition but LeFort promises him lots of money and holds up a one dollar bill. Mason grabs him by the beard and shoves it in LeFort’s mouth.

#1 contenders match. Emma takes her down with a headscissors but Natalya reverses into a headlock. Off to an armbar by Nattie and a fireman’s carry slam gets two. Emma gets two on a rollup and strikes a pose, only to be rammed into the corner. She counters into a quick Dilemma (Tarantula) but after the break Natalya takes her head off with a discus lariat for two. Emma gets caught in an abdominal stretch complete with her leg being lifted off the mat.

In an awesome hold, Natalya gets Emma face down on the mat, ties their legs together and grabs her arms. They turn over and Natalya lays on her back while raising her legs up to put Emma in something like a Tree of Woe on the mat. That looks awesome but Emma gets her arms free. Emma counters the Sharpshooter into a small package for two before putting on the Emma Lock (Indian Deathlock with a bridge into a crossface) for the win at 4:35.

Natalya raises Emma’s hand because she got beat fairly.

It’s time for a sing off between Aiden English and Colin Cassidy. Apparently Regal and English had a cup of tea together with a dwarf named Peter who loves baking flatbread, and it’s so adorable listening to the pitter patter of tiny Pete. Thankfully Big Cass comes out before anything else can be said. Aiden starts by singing some Italian opera and is good as always. Colin sings about Aiden’s voice: “You sound like you coughed, but you’re just S-A-W-F-T”. Audience: “SAWFT!”

Colin has a surprisingly nice voice and wins in a landslide but Aiden wants another round. Aiden sings about how he can’t stand Cassidy and Colin sings about how much English sucks to the tune of My Girl, complete with the BEST AUDIENCE EVER doing the backing vocals. English of course snaps and takes out Colin’s knee. This was very entertaining and didn’t beat you over the head with the joke like they do on Raw. That’s such a huge difference and it makes these segments so much easier to sit through.

The fans go nuts for Breeze’s entrance. Tyler is now the Prince of Pretty because he’s just that awesome. LeFort comes to ringside to distract Ryan, allowing Tyler to get an early advantage. Mason slides to the floor and blasts LeFort, only to go back in for the Beauty Shot and the pin at 1:18.

Hunico/Camacho vs. Ascension in a tornado match next week.

Tyler Breeze has left the building.

2/3 falls. Sami signs an autograph on the way to the ring which is a really easy way to get over with a crowd but no one does it. Kruger throws him to the floor to start and pounds on Zayn’s back before throwing him back inside. A European uppercut sends Zayn right back to the floor and Kruger rams him back first into the apron. Back in and some more European uppercuts have Sami on shaky knees. That’s fine with Zayn though as he hits a quick exploder suplex into the corner before connecting with the running boot in the corner for the pin at 2:53.

We take a break and come back with Leo breaking up a superplex attempt and shoving Sami out to the floor for a nine count. Zayn is just so good at building sympathy by holding his ribs and looking like he’s fighting for every step. Back in and Kruger snaps off a DDT for a close two. Leo fires off right hands but Sami gets all fired up, only to be uppercutted right back down. Sami comes back with a clothesline and leg lariat to set up the Blue Thunder Bomb for two. Zayn goes to the apron but gets draped over the top ropes to injure the ribs again. Somehow that’s only good for two so Kruger loads up a superplex.

Sami shoves him off and tries a cross body but lands on the ribs again. With Zayn in agony and holding his ribs, Kruger grabs his arm for the GC3. Since his arm is fine, Sami fights to the ropes and doesn’t tap out. Sami tries to beat some psychology into him but walks into a big spinebuster for no cover. Instead he tries the Slice but gets caught in a downward spiral followed by a Koji Clutch of all things to give Sami the second fall and the win at 13:58. 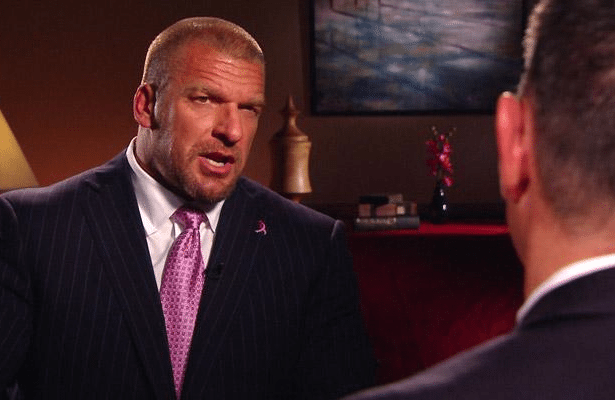 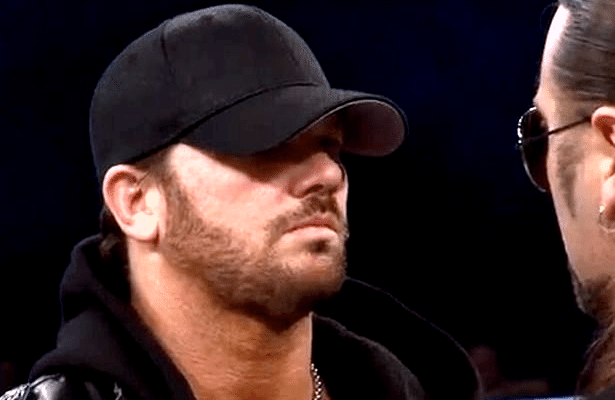 AJ Styles Claims His Departure From TNA is Real