The low level roller coaster continues with this show as I’m not sure what to expect. There have been some minor stories to set up some matches, plus a few appearances from bigger names. Then again, given this show’s track record, all of that will be dropped as soon as possible. Let’s get to it.

Montana runs him over to start so Chen grabs a headlock. Some takeovers give Chen some momentum and there’s a dropkick to stagger Montana. That’s about it for the offense though as Montana runs him over and hammers away on the mat. A Michinoku Driver gives Montana two and we hit the bearhug. Chen fights out and hits a clothesline, followed by a boot to the face. The double chop finishes Montana at 5:42.

They fight over wrist control to start until Hartwell powers her down to the ground. Back up and Feroz grabs a sunset flip into a headlock but Hartwell slips out without much trouble and grabs a nerve hold. A suplex sets up a double arm crank on Feroz, who powers up and hits a crossbody. That’s too far for Hartwell, who hits a spinebuster for the pin at 4:34.

Borne wrestles him to the mat to start but Chase slips out for a standoff. Chase takes him down by the arm and cranks on a hammerlock. Back up and Borne hits a dropkick before taking him down by the arm as well. With that broken up, Chase hits the spelling stomps and a high crossbody finishes for Chase at 5:36. 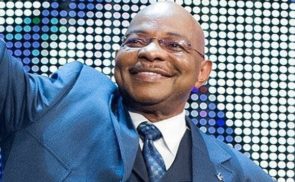 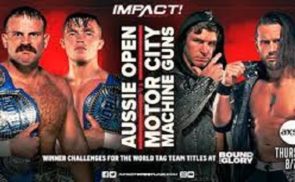