The show continues and I’ll go with the faint hope here this week. There have been a few stories going on and with Hank Walker on NXT, maybe it means he won’t be around here to bring the show down again. It’s likely going to be another show that is all over the place this week so let’s get to it.

Blade gets tossed into the corner by Nima to start and then tossed right back out to keep things balanced. Nima gets taken into the corner to cut him off though and the good guys start taking turns on the arm. Enofe has to knee his way out of the corner to drop Price but Nima gets in a cheap shot from the apron to take over.

Nima rips off Blade’s sweater vest and stomps on it before tossing him down again. A double running forearm in the corner rocks Blade and we hit the neck crank. Blade flips out of a suplex though and the hot tag brings in Enofe to pick up the pace. Something like a Sling Blade hits Price and a top rope elbow gets two. Price comes back in and walks into the Climax for the pin at 5:58.

Nathan Frazer looks up to Ikemen Jiro but he’s ready to win tonight. He is here because of soccer, though someone throws him a basketball by mistake.

James shoves her down to start and brags about being smart. Miller grabs an armbar and drops down into her smiling pose. A missed elbow frustrates James again and Miller rolls her up for two. That’s enough or James, who sends her into the corner and starts stomping away. Something like a gutbuster gives James two and we hit the chinlock with a knee in Miler’s back. Trash talk lets Miller sneak in a rollup for two and a basement Downward Spiral gets the same. Back up and James gets in a shot, setting up something like a reverse Sling Blade into an X Factor for the pin at 4:59.

Jiro grabs a wristlock to start but gets reversed into a headlock as they’re still in first gear. Frazier hits a very fast running dropkick before armdragging him into an armbar. Back up and Jiro elbows him in the face but Frazer rolls him into a Boston crab. Make that an STF and then a bulldog choke as Jiro is in trouble. Jiro bends the fingers for the escape and hits the Jacket Punches, only to get caught with a springboard missile dropkick. Another kick to the face sets up the Phoenix splash to finish Jiro at 6:32. 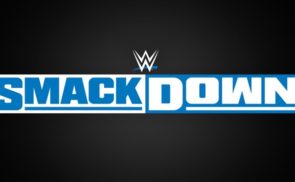 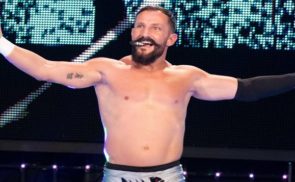