It might not go well. While a lot of wrestling is a regular day to day operation, there are some occasions where things do not go as usual. That may often be for a bad situation, and it can cause some issues for the other people in the promotion. That is the case at the moment in WWE, as a recent release is not going well for the people who are still with the company.

Earlier this month, WWE released Nash Carter over allegations of domestic violence from his wife, Kimber Lee, and a photo of Carter with a Hitler mustache. According to Wrestling Observer Radio, the NXT locker room is not happy with the decision to release Carter, as he was well liked backstage. The photo is said to be from when Carter, now 27, was 19 years old. WWE is said to have been aware of the situation before the story went public. There is no word on where or when Carter may wrestle next.

Opinion: I’m not sure how well this is going to go, but I don’t think we’re going to be seeing Carter wrestle again in WWE, or anywhere else, anytime soon. The fact that Carter’s photo is from about eight years ago doesn’t make it that much better, and that is before you even get to Lee’s allegations. WWE didn’t have much of an option here, though it is a little surprising that Carter won a title just days before he was released.

What did you think of Carter? Where will he wrestle again? Let us know in the comments below. 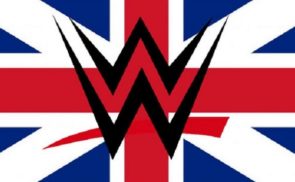 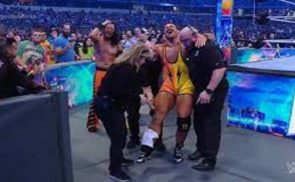