This is where things wrap up for the old era of NXT, with the show moving over to the USA Network next week (for half of it at least as the second half will be airing on the WWE Network for the first two weeks). We’re going out with a champion in action as Shayna Baszler faces Rhea Ripley in a non-title match. Let’s get to it.

Boa tells Priest to run the ropes so Priest knocks him into the corner with raw power. The toss Falcon Arrow sends Boa flying and a discus clothesline cuts off the comeback bid. The cyclone kick and the Reckoning finish Boa at 2:32.

Here’s Johnny Gargano to a hero’s welcome, meaning we have to pause for a very long JOHNNY WRESTLING chant. Johnny has heard all of the rumors and everyone is wondering what the future holds for him. The last time he was in this ring, he got knocked cold and woke up to an arena chanting THANK YOU JOHNNY. They built this arena together and Gargano has been around for a long time. He has seen a lot of people coming and going and he has made his decision on his future.

Cue Shane Thorn to interrupt though because he’s sick of Johnny Time. This place is going to be better without him so take a bow and take a walk. Gargano goes to leave but says he isn’t going anywhere and knocks Shane down. Johnny writes NXT and does the NWO 4 Life sign to a roar.

Garza holds up his hand to Dunne before realizing that is a very bad idea. Hold on as Garza….doesn’t get to take off his pants as Dunne pulls him down by the leg. Dunne goes for the fingers but misses the stomp on the arm. Garza offers another handshake but manages to sucker Dunne to the floor. With that out of the way, GARZA CAN TAKE OFF HIS PANTS!

Dunne drops him with a forearm so Garza hits him right back to leave Dunne on the floor. That just earns Garza some chops to the chest and an enziguri in the corner. A big kick to the head gets two on Garza, who rolls Dunne up for the same. Dunne gets caught in the corner for a running dropkick to the leg but Dunne is back with a nasty kick to the head. Garza kicks him in the ribs and tries a moonsault, which is caught in the triangle choke. The finger snap finishes Garza at 8:03.

The Street Profits are proud of being in Madison Square Garden this past Monday. It’s not the same without the Tag Team Titles though, meaning the challenge is on for next week on USA.

Mendoza starts fast with La Majistral for two and a hurricanrana but Grimes dropkicks him out to the floor. Back in and the armbar goes on but Mendoza is back up with an enziguri in the corner. A rope walk dropkick into a running shooting star press gives Mendoza two. Mendoza heads up but has to bail out of the Phoenix splash, allowing Grimes to hit his standing double stomp for the pin at 3:50.

Candice LeRae complains to William Regal about Io Shirai being rewarded for everything she does. Regal agrees and makes next week’s #1 contenders match a four way. If Ripley wins tonight, it might be a five way.

Next week: Strong vs. Dream for the North American Title and Matt Riddle vs. Killian Dain in a street fight.

Non-title. Baszler takes her to the ropes to start so Ripley trips her for the early surprise. A standing armbar works a bit better for Baszler until Ripley slams her down for the break. Ripley misses a big boot though and Baszler kicks the leg to tie it in the ropes. Baszler grabs the Kirifuda Clutch in the corner so it’s broken in a hurry, allowing Ripley to dropkick her off the top. Ripley follows her out for an electric chair drop onto the steps. Cue the Horsewomen for a distraction so Baszler can get in a knee. A chair is tossed in but Ripley takes it away and hits Baszler for the DQ at 5:27.

Result: Shayna Baszler b. Rhea Ripley via DQ when Ripley used a chair (5:27)

The Undisputed Era takes credit for NXT moving to USA and promises to fulfill the prophecy next week. Strong says he’ll take the North American Title to end the show. 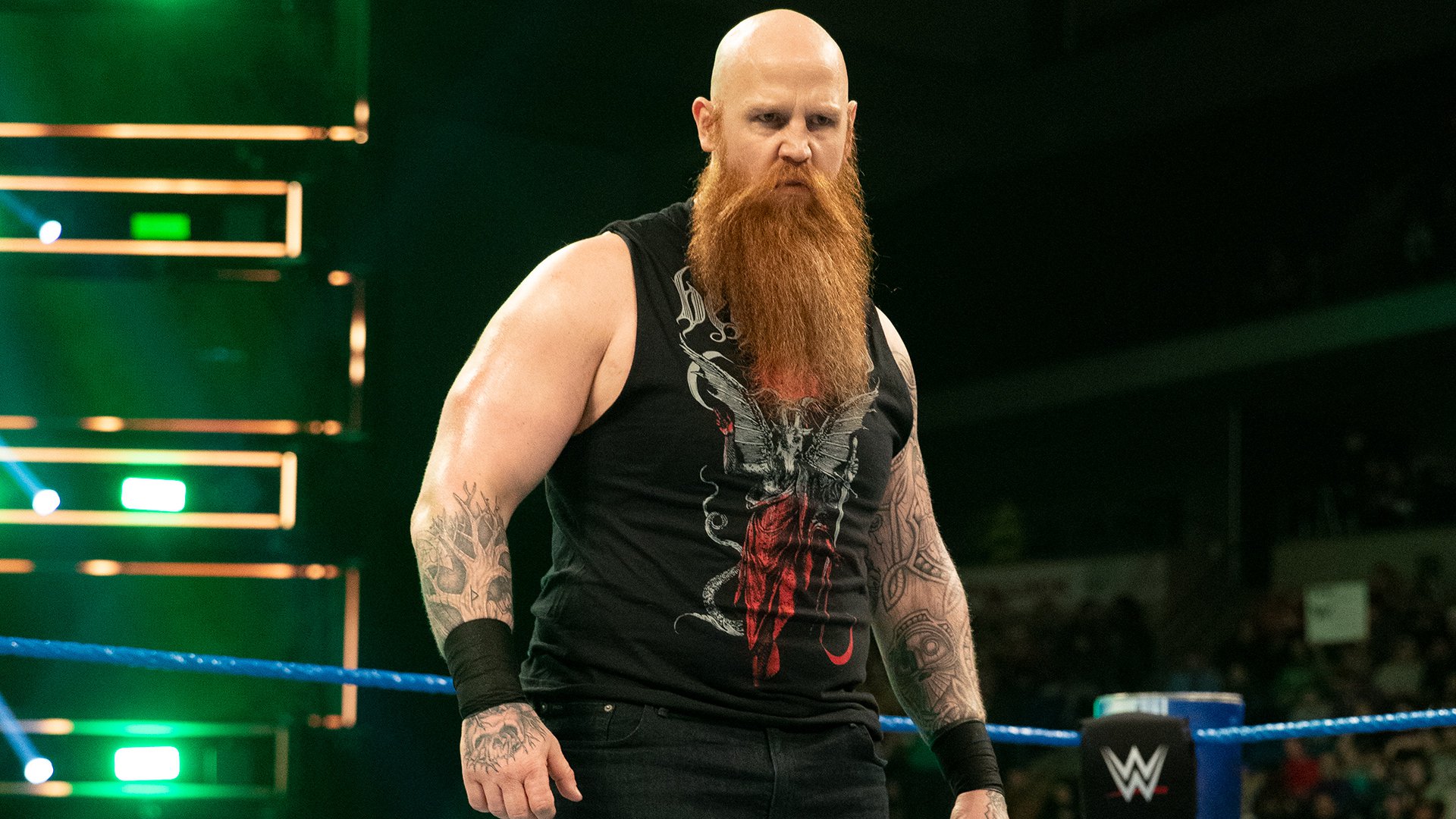