As usual, NXT knows how to build towards the future and that’s what they’ve done here. Next week we get the triple threat match for the North American Title and the week after that it’s the War Raiders getting their shot at the Tag Team Titles. Other than that, it’s time to continue searching for Aleister Black’s attacker and Lars Sullivan vs. EC3. Let’s get to it.

Nikki Cross talks about being ready to play with Bianca Belair again because Bianca didn’t play fair last time. Speaking of people who didn’t play well, she knows what happened.

Fallout from Evans insulting Candice’s abilities as a wife last week. They shove each other to start with the much bigger Evans taking her down by the throat. LeRae gets driven into the corner as well so she sends Evans face first into the buckle. A faceplant gets two so Evans runs her over without much effort. Hang on though as Evans needs to pat down her lipstick before taking LeRae down into a headscissors, complete with pushups.

A kick to the face sets up the chinlock as Evans pulls the hair for some bad measure. Evans misses a slingshot elbow though and Candice scores with an enziguri. The middle rope swinging Downward Spiral gets two more and Evans says LeRae is a loser, just like her husband. That ticks LeRae off but she charges into the Women’s Right for the pin at 6:18.

Video on the Forgotten Sons, in sepia.

Tommaso Ciampa sits in the back and says everyone is going to try to chop you down. They’re speculate and lie to try and steal your spotlight for themselves. Perhaps it’s to cover their own tracks and hide their own guilt, which is what Velveteen Dream is doing. Dream is living in a dream world where Ciampa attacked Aleister Black, but they both know what Black experienced. Maybe he should keep his theories to himself because Ciampa will turn the Dream into a nightmare.

Steve Cutler has a mask due to a broken nose in the team’s debut match. Ryker runs Kirsh over to start so it’s off to Mixon to get beaten up as well. The Tree of Woe makes things even worse for Rise as the announcers don’t bother trying to call the jobbers by their names. An armbar keeps Mixon in trouble for a few moments until it’s off to Rise for some failed clotheslines. Blake shows him how it’s done, followed by a middle rope double stomp/reverse DDT combination. A slingshot jackknife finishes Kirsh at 2:28.

We look back at Shayna Baszler vs. Kairi Sane being set up for Evolution.

Video on Baszler vs. Sane over the last year, which has been a pretty under the radar rivalry. Baszler has been going back to the basics, which means more MMA-style training.

Bianca Belair doesn’t want to play with Cross. She’ll embarrass Nikki instead and repeats Un-de-fea-ted over and over.

They fight over a wristlock to start until Nese runs him over with a shoulder. A running hurricanrana sends Nese to the floor but the suicide dive is broken up with a hard clothesline. Nese misses a charge in the corner so Gargano rolls him up, followed by the rolling kick to the head. Now the suicide dive hits as Gargano is looking more confident than he’s seen in a long time.

Nese suplexes him down for two and we hit the bodyscissors. Gargano leans back for a rollup but can’t break the hold. Gargano fights up and hits the slingshot DDT, followed by the slingshot spear. Some kicks to the head have Nese in more trouble but he rolls out of the Gargano Escape. A buckle bomb has Gargano right back in trouble and Nese dumps him to the floor.

The second slingshot DDT attempt is countered into a backdrop for a nasty crash to the floor, setting up the big Fosbury Flop to the floor. Back in and Nese hits a great looking 450 for two, followed by a sick looking German suplex into the corner. The running knee is blocked by a superkick though and the Gargano Escape makes Nese tap at 9:43.

Video on Danny Burch/Oney Lorcan, who got together after beating each other up in a series of matches. That’s a story that has worked before and it’s working well here. Lorcan has been out for a few months with a broken orbital bone. No word on when they’re back in the ring.

EC3 gets aggressive to start and goes right at Sullivan, only to be taken to the floor for a choke. Some rams into the steps FINALLY put Lars down and EC3 hammers away at the head back inside. A whip into the corner sends Sullivan shoulder first into the post and a slam puts the big man down again. Sullivan finally gets going with some shoulders in the corner and the heavy crossface shots to the jaw.

The big neck crank goes on for a few seconds but EC3 fights up and manages a suplex. A not great looking high crossbody gets two on Sullivan, who comes right back up with a huge clothesline. The Freak Accident is broken up and it’s a Cactus Clothesline to the floor. EC3 makes the mistake of charging at Sullivan though and it’s a Freak Accident on the apron. Back in and the diving headbutt finishes EC3 at 6:45. 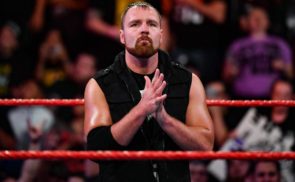 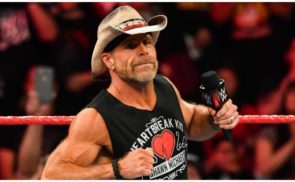